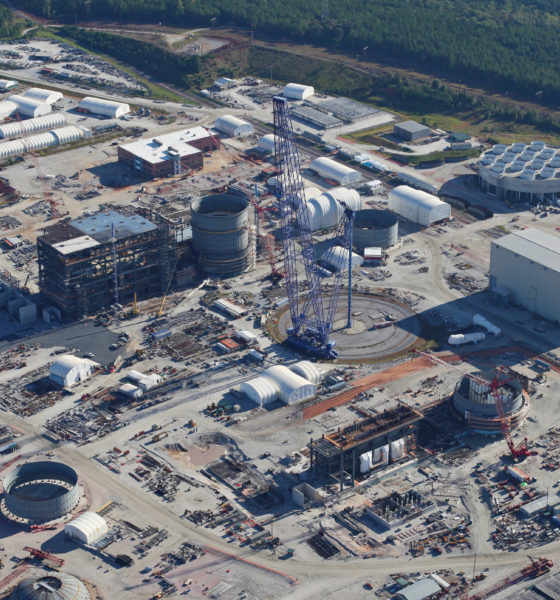 “Santee Cooper had years to reform itself, but did not …”

The S.C. Club for Growth – which has consistently advocated for Santee Cooper’s sale – accused the toxic asset’s leaders of “trying to convince South Carolinians that the utility can fix itself” following its disastrous involvement in the botched construction of two next-generation nuclear reactors at the V.C. Summer nuclear generating station in Jenkinsville, S.C.

That failed experiment – pushed by state lawmakers – has set back South Carolina ratepayers and taxpayers to the tune of $10 billion.R

Is Santee Cooper really trying to convince South Carolinians it can do better, though? Last time we checked the utility was demonstrating incredible tone deafness – essentially rearranging its deck chairs as its fiscal position deteriorated further.

“Santee Cooper had years to reform itself, but did not,” a release from the S.C. Club for Growth noted. “Instead, it has hired a PR consultant to reform its image, kept many of the same board members who rubber-stamped the V.C. Summer debacle, and rejected calls for more accountability and transparency.”

“If Santee Cooper can reform itself, then why hasn’t it done so already?” the group continued.

Indeed. That is one of the reasons this news outlet has steadfastly argued against allowing Santee Cooper to continue as a state-managed entity. In fact, we proposed selling Santee Cooper a dozen years ago when such a transaction would have netted the state billions of dollars.

Lawmakers obviously had other ideas …

The Club’s release goes on to allege that Santee Cooper’s only proposed “solution” to its various problems involves raising rates on consumers – many of whom are already paying some of the highest energy prices in the state.

The group also blasted the utility for continuing to shell out millions of dollars on criminal defense attorneys who are representing current and former Santee Cooper executives in connection with an ongoing criminal probe.

“Santee Cooper paid more than $9 million in legal fees in 2018 because it chose to protect board members and employees under investigation for the V.C. Summer nuclear debacle by taking care of their high-priced legal fees,” the Club’s release noted. “And guess who’s paying for it? That’s right. Santee Cooper customers.”