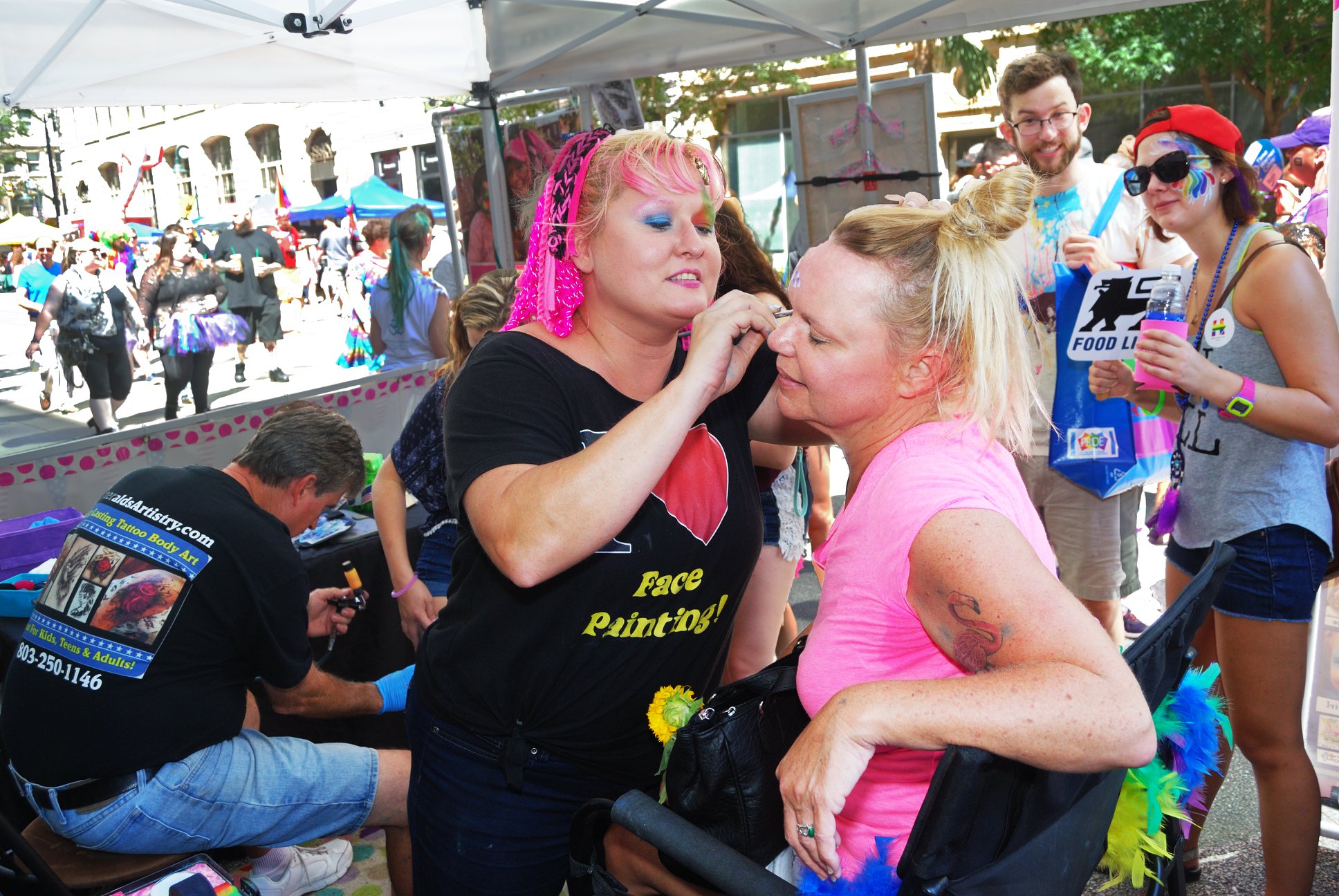 A face painter based in Columbia, South Carolina sparked a social media firestorm on Sunday when she revealed that she had refused to paint the Confederate flag on the face of a child (as requested by the child’s parent).

“Don’t have your child come up to me and ask me if I can paint a rebel flag on him and then look at me in utter shock when I tell him that I prefer not to teach children such hate,” Julia Jones wrote on her Facebook page Sunday afternoon. “This is what it represents no matter how you wish to gild that pig or rationalize indoctrinating your children otherwise.”

“This is my belief and I stick by it,” Jones continued. “If you feel it is okay to allow your children to believe that this symbol has not been turned into a symbol of hate or that this or swastikas, etc. are okay for them to wear, please unfriend me now. Too much hate in the world to ask a friendly, happy entertainer to be a part of it.”

“We bring joy to faces, not hurtful symbols that only cause pain and division,” she added.

Not surprisingly, Jones’ post – which was removed hours after it appeared – opened the floodgates.

Many of those offering their thoughts on the situation applauded her, affirming her right to “refuse service” to anyone – for any reason.

“You should have done your job,” one commenter wrote, arguing that Jones should in “no way shape or from judge anybody by what they want to paint on their child.”

Also not surprisingly, many of those responding to Jones’ entry indicated they either planned to do business with her – or withhold business from her – based on her flag-related convictions.

Our view? This is a perfect case study of the marketplace at work …

First of all, we support Jones’ right as a service provider to refuse painting any symbol that she finds objectionable. That wouldn’t be our business model were we to enter the rough-and-tumble world of professional face painting, but we do not begrudge her one iota for it.

It is ultimately her decision to make …

Similarly, we support those boycotting Jones … just as we support those indicating a desire to commercially support her as a result of her statements. Both are legitimate market-based ideological expressions.

Again, we would never choose (or refuse) a face painter based on their ideological orientation, but we have no problem with people who do.

It is ultimately their choice to make …

As for the Confederate flag, this news outlet’s views were made abundantly clear four years ago during the high-profile battle to remove the banner from the grounds of the S.C. State House.

Bottom line? We do not see the flag as a symbol of hate, although hateful people have certainly hijacked it for unkind agendas. Accordingly, we supported its removal from the State House grounds – and articulated our position long before flip-flopping politicians reached the same conclusion.

Having said that, the way the whole thing was handled by state leaders was contemptible – with broad swaths of citizens being demonized needlessly.

“The process by which this noble and necessary objective was achieved has done real damage to the real reconciliation which could have taken place,” we noted at the time.

Sadly, that seems to be a recurring theme as the culture wars rage on …