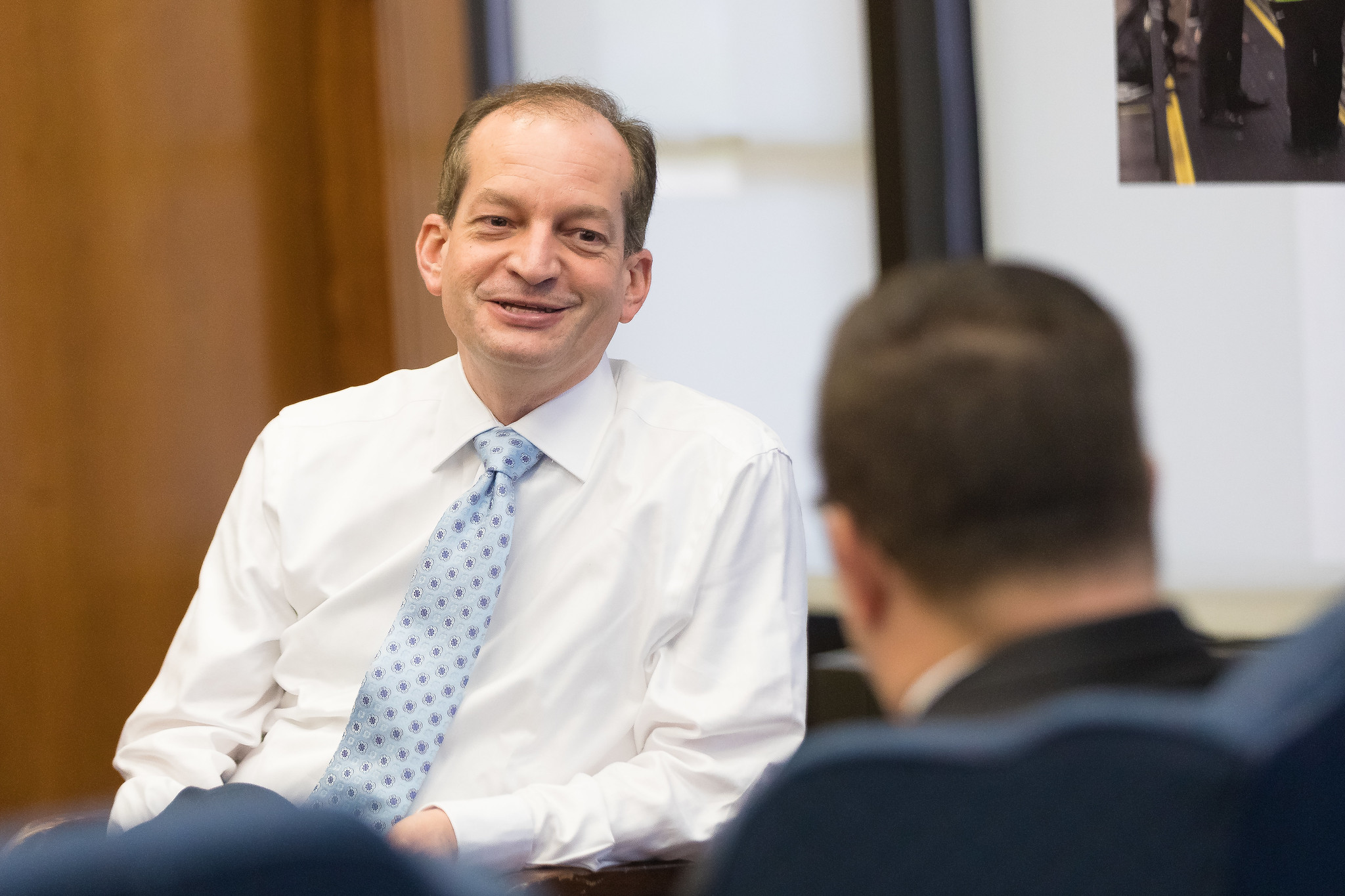 While we await more information on the back story … consequences are beginning to come for those complicit in the narrative we already know about.

U.S. secretary of labor Alexander Acosta – who approved a controversial plea deal in 2008 for wealthy, well-connected pedophile predator Jeffrey Epstein – resigned his post in the administration of U.S. president Donald Trump on Friday.

Acosta cited the fallout from the widely pilloried plea agreement as his reason for stepping down, according to Trump.

“Alex Acosta informed me this morning that he felt the constant drumbeat of press about a prosecution which took place under his watch more than twelve years ago was bad for the administration, which he so strongly believes in, and he graciously tendered his resignation,” Trump tweeted.

“Alex was a great Secretary of Labor and his service is truly appreciated,” Trump added.

As the top federal prosecutor in South Florida in 2008, Acosta signed off on a controversial plea deal for Epstein the last time the multimillionaire hedge fund manager was accused of having sex with underage girls.

Staring down a litany of federal charges at the time, Epstein was allowed to plead guilty to a single Florida solicitation charge. He was subsequently “incarcerated” for thirteen months in a private wing of the Palm Beach County stockade – where he was permitted to hire his own security detail and leave the jail to work in his office for up to twelve hours a day, six days a week.

This “deal of a lifetime” is now the subject of an internal investigation at the U.S. Department of Justice (DOJ), and a federal judge has since ruled the plea agreement approved by Acosta was extended to Epstein illegally.

Recent reports have suggested Epstein received special treatment because he was an asset of the notoriously corrupt American intelligence establishment. According to a story published in The Daily Beast earlier this month by investigative journalist Vicky Ward, Acosta told Trump transition officials several years ago that he was told to “back off” of Epstein in 2008.

“I was told Epstein ‘belonged to intelligence’ and to leave it alone,” Acosta allegedly told transition officials.

The Epstein affair is particularly pernicious for Trump (above) owing to the latter’s personal history with the mega-donor.

“I’ve known Jeff for fifteen years. Terrific guy,” the future presidenttold New York Magazine back in 2002. “He’s a lot of fun to be with. It is even said that he likes beautiful women as much as I do, and many of them are on the younger side.”

In 2015, Trump’s name was circled in Epstein’s “little black book” as a potential “material witness” to the latter’s conduct, according to a copy of the book publishedby the website Gawker.

Trump now claims he is “not a fan” of Epstein, and that he “had a falling out with him a long time ago.”

“I don’t think I’ve spoken to him for fifteen years,” Trump told reporters in Washington, D.C. earlier this week.

Benefitting Trump to some extent is Epstein’s close proximity to former U.S. president Bill Clinton, which reared its head during the waning days of the 2016 presidential election.