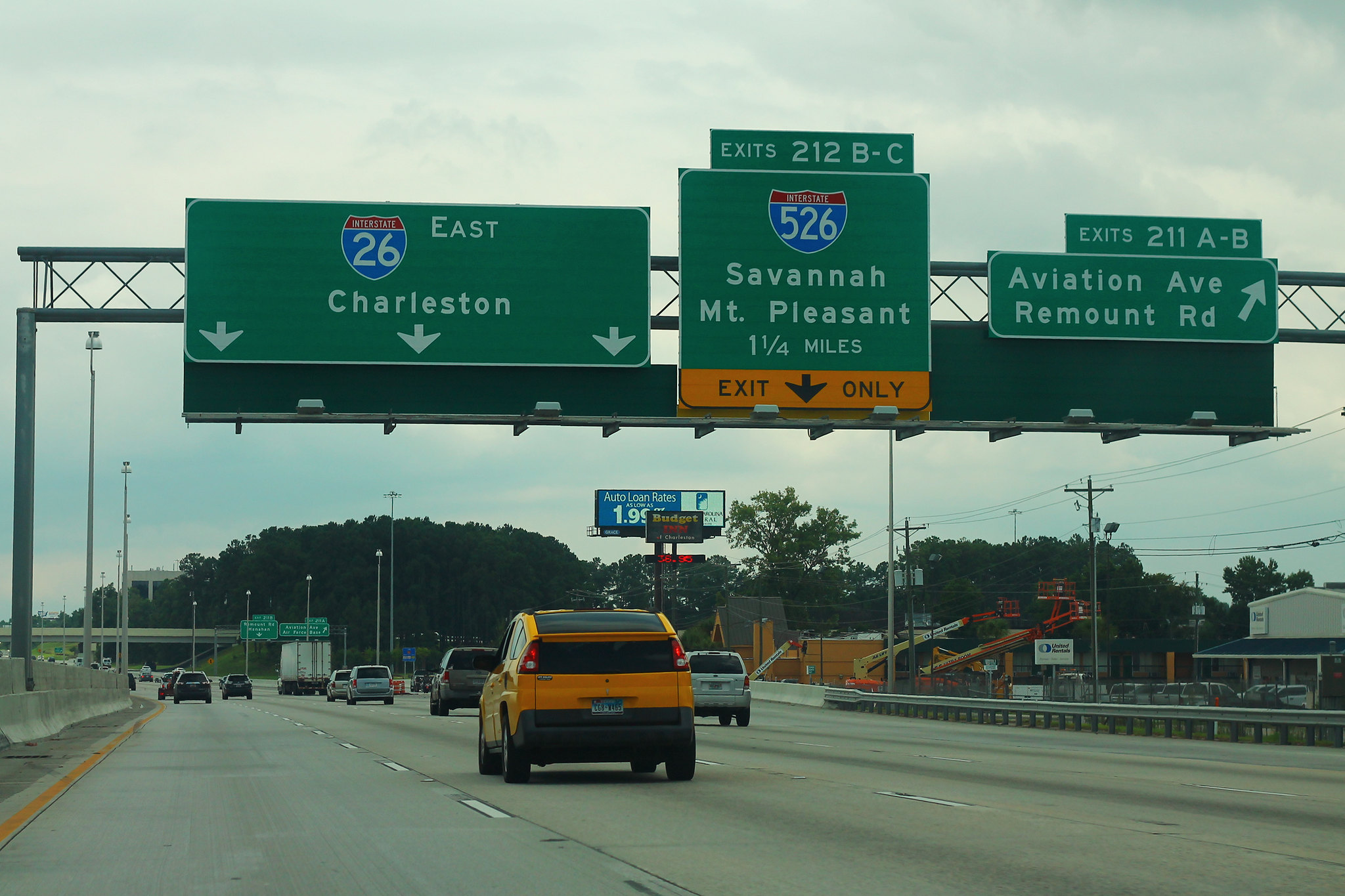 Despite receiving key approval for preliminary work to begin on its construction, a non-priority $725 million (for now) extension of Interstate 526 in Charleston, South Carolina remains a decade away from becoming a reality.

If it happens at all …

A lawsuit raised by environmentalists threatens to block funding for this road, which is about to receive its first cost assessment in four years. This upgraded estimate could potentially add tens of millions of dollars to what is an already exorbitant price tag.

The seven-mile road is slated to run from the West Ashley area of Charleston, S.C. across the Stono River (twice, actually) through to Johns Island and James Island. Supporters say the extension would relieve multiple congestion points in a rapidly expanding area of metropolitan Charleston. Opponents claim the road would plow through pristine marshland for no real reason other than to save wealthy commuters a few minutes on their morning and evening commutes.

This news outlet has consistently opposed the Interstate 526 expansion, arguing there were far more pressing infrastructure needs in the Palmetto State.

Curiously, environmentalists are not bashing this project over its impact on Lowcountry wetlands. Well, actually, they are bashing it over its impact on Lowcountry wetlands … but in a sign of the new messaging awareness of these left-leaning groups, the focus of this particular legal challenge is whether the funding stream for the extension is legitimate.

Specifically, the S.C. Coastal Conservation League (SCCCL) is suing multiple defendants over the legality of Charleston County devoting proceeds from its 2016 half-cent sales tax hike to this project.

“Voters in Charleston County were asked to approve funding for specific projects. I-526 wasn’t one of them,” SCCCL executive director Laura Cantral said in a statement. “We’re stepping in to hold elected officials accountable and protect taxpayers. Charleston County should not be allowed to disenfranchise its own voters.”

The lawsuit (.pdf) filed by Cantral’s group notes that Interstate 526 “was specifically left off the sales-tax project list that council members promoted to voters.” Accordingly, taking money from the half-cent tax hike and using it on the road would mean Charleston County is “breaking its contract with voters.”

As it stands now, South Carolina taxpayers are on the hook for an astounding $420 million of the price tag for this expansion – which, ironically, was the total cost estimate for the project when it was first proposed back in 2005. Charleston County has reached an agreement with the scandal-scarred S.C. Department of Transportation (SCDOT)  to pay the balance on the project – currently $305 million.

To cover that cost, it is appropriating funds from the half-cent sales tax.

State lawmakers – including S.C. Senate minority leader Nikki Setzler – have become frustrated that so much state money is tied up in this project.

“My preference would be to take that money and use it to widen the interstates and highway system in this state,’’ Setzler told reporter Sammy Fretwell of The (Columbia, S.C.) State newspaper. “You are talking about major funds to widen interstates in this state to six lanes, but the impact it would have on the economy of this state would be important. It would bring in industry, and (help) businesses that already exist, people who are going to work, people who are going to school.’’

For once, we agree with Setzler …

As we noted in a recent post, Interstate 95 in the South Carolina Lowcountry is positively third world – while upgrading Interstate 26 between Columbia and Charleston is long overdue. Also, Interstate 85 in the Palmetto Upstate is in desperate need of serious structural enhancements.

Should these projects be put on hold so that Charleston – which reaped all sorts of infrastructure largesse over the past decade – gets a far lower-priority project approved?

Stay tuned. We will keep our readers in the loop on this lawsuit as it moves forward. And as always, our microphone is open to anyone on any side of this debate wishing to weigh in on the issue.

State-To-State Migration: South Carolina Is Winning At Something?