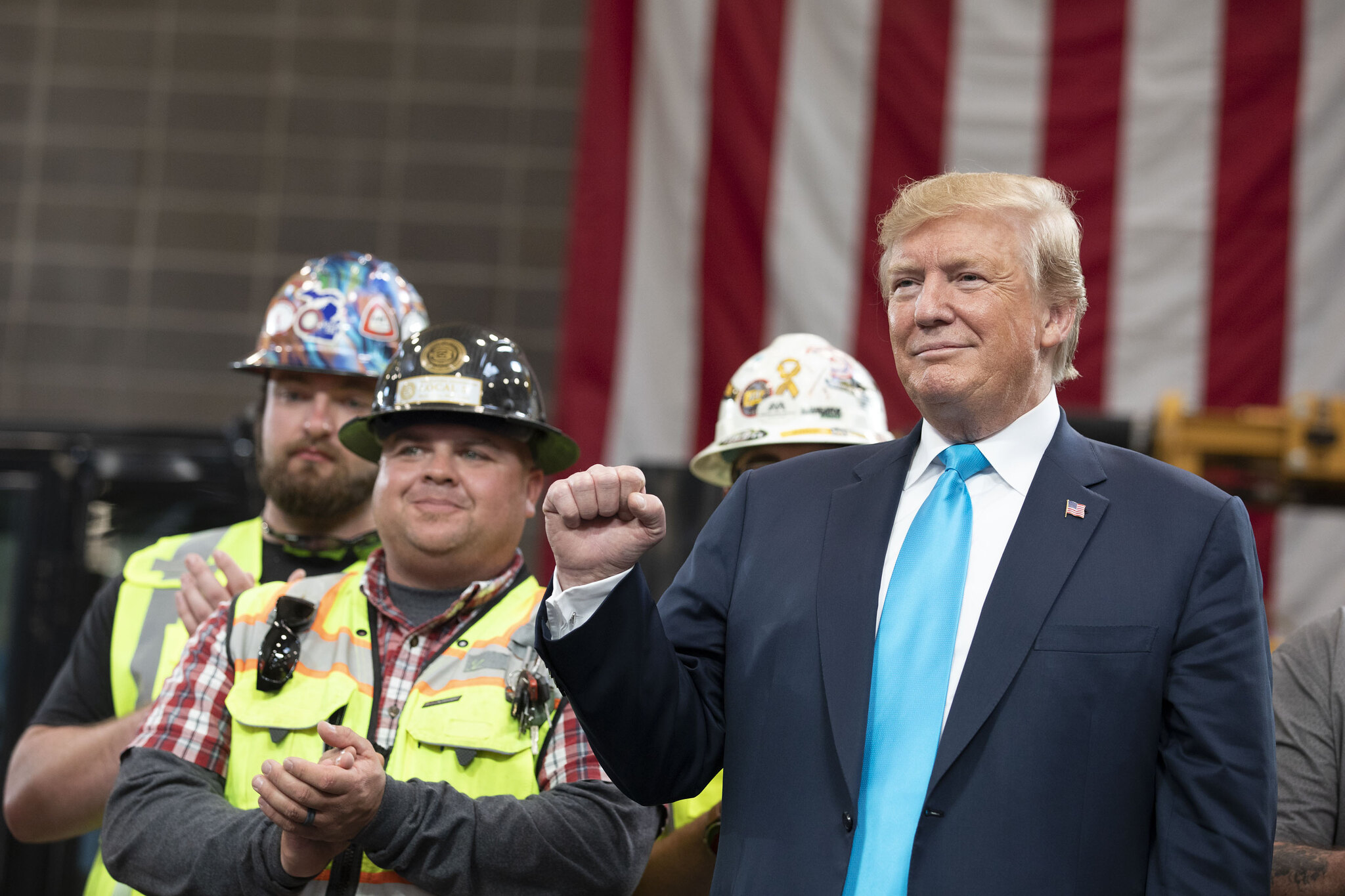 The United States economy – now very much tied to the electoral prospects of first-term president Donald Trump – ended 2018 on a down note. On multiple fronts, storm clouds were gathering … and projections for the first quarter of 2019 took a beating as a result.

Then the first quarter numbers posted …

According to the latest data from the U.S. Bureau of Economic Analysis (BEA), the American economy expanded at a 3.2 percent clip between January and March – well above the 2.2 percent growth rate recorded during the fourth quarter of 2018 (not to mention the 2.3 percent growth rate predicted by Wall Street analysts).

Obviously, this is just the “advance” estimate. More complete data will be released on May 30, with a final estimate on first quarter growth coming at the end of June.

So we will see if the strong print holds …

While Trump has yet to record a full year of three percent growth, there are some data points buttressing his argument that things are better off under his watch than they were under the watch of former president Barack Obama.

“The economy grew at an average rate of 2.8 percent per quarter in the first nine quarters of the Trump Administration compared to 1.9 percent in the last nine quarters under Obama,” Trump backer Chuck DeVore wrote for Forbes.

Obama, incidentally, was the first U.S. president since Herbert Hoover who failed to preside over at least one year in which the economy expanded at a rate of three percent or higher.

Meanwhile, the bold first quarter print “dispels concerns, at least for now, that there could be a slowdown on the horizon,” Ray Mashayekhi wrote for Fortune.

“December’s severe market volatility shook confidence in the outlook for the global economy, but Friday’s numbers indicate that the U.S. recovered exceptionally well in the first quarter of the year, and continues to outperform sluggish conditions seen elsewhere in the world,” Mashayekhi added.

So …. is this a return to #MAGAnomics?

Perhaps, but serious storm clouds remain … and just to be clear, Trump’s economy must maintain this 3.2 percent growth rate each year, every year for the next decade to make its bloated budget projections align.

And even then, deficit spending will still soar by $7.8 trillion over the coming decade …

Obviously it is always nice to see stronger-than-expected economic growth (no matter who gets credit for it). And we hope a favorable resolution of the ongoing trade war with China stimulates additional growth in future quarters.

Still, there are headwinds to grapple with … most of them driven by failed tax-and-spend policies that Trump continues to endorse.

This news outlet repeatedly criticized the GOP tax plan passed in December 2017 as failing to provide adequate middle class relief. We have also slammed Trump repeatedly for his ongoing failure to rein in spending in Washington, D.C.

“Middle class tax relief and eliminating deficit spending were critical components of Trump’s 2016 victory … but he has abandoned both of these promises since taking office,” we wrote. “Now he is beginning to reap the economic whirlwind of his duplicity.”

Trump staved off that whirlwind during the first quarter of 2019 … but can he keep it rolling through the rest of the year and into the pivotal first three quarters of 2020?