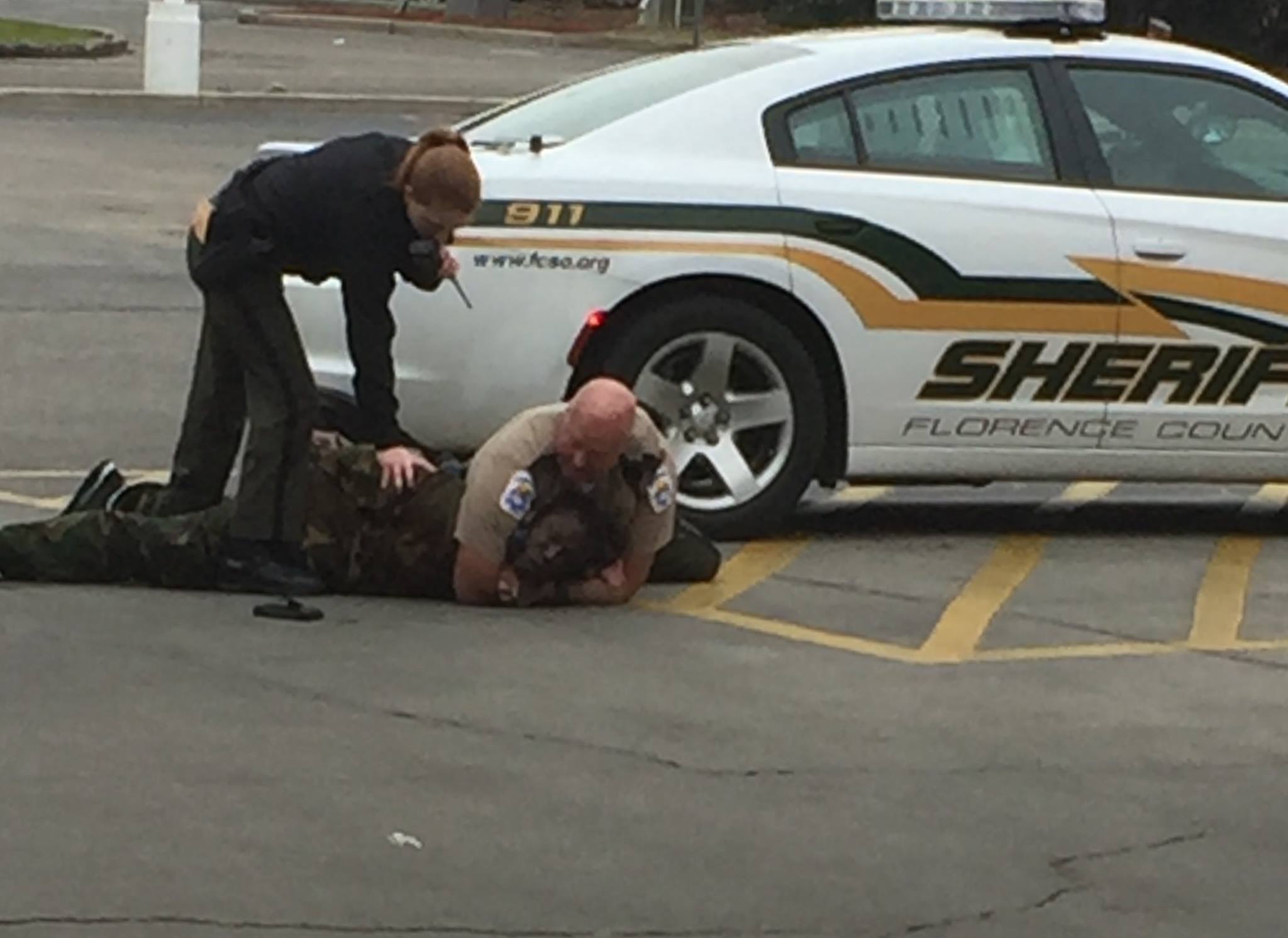 The “takedown” of an unarmed black man by two white police officers has many raising questions about alleged excessive use of force by deputies of the Florence County sheriff’s office.

The “takedown” – which featured what witnesses described as a suffocating chokehold of a handcuffed suspect – took place on Sunday morning in Florence, S.C.

According to resident Rachel Buie, what she witnessed “literally had me in tears.”  Buie wrote on social media that a Florence County deputy “slammed the young man on the cement and continued choking him until the veins in the (guy’s) face (were) noticeable.”

Throughout the incident, Buie said the man “was handcuffed and he couldn’t do nothing to harm this officer neither could he do anything to help himself.”

“Me and a few other onlookers begin to tell the officers to stop choking him like that,” Buie wrote.  “I said officer please get off of him … you’re going to kill him.”

Here are pictures Buie posted to Facebook of the incident … 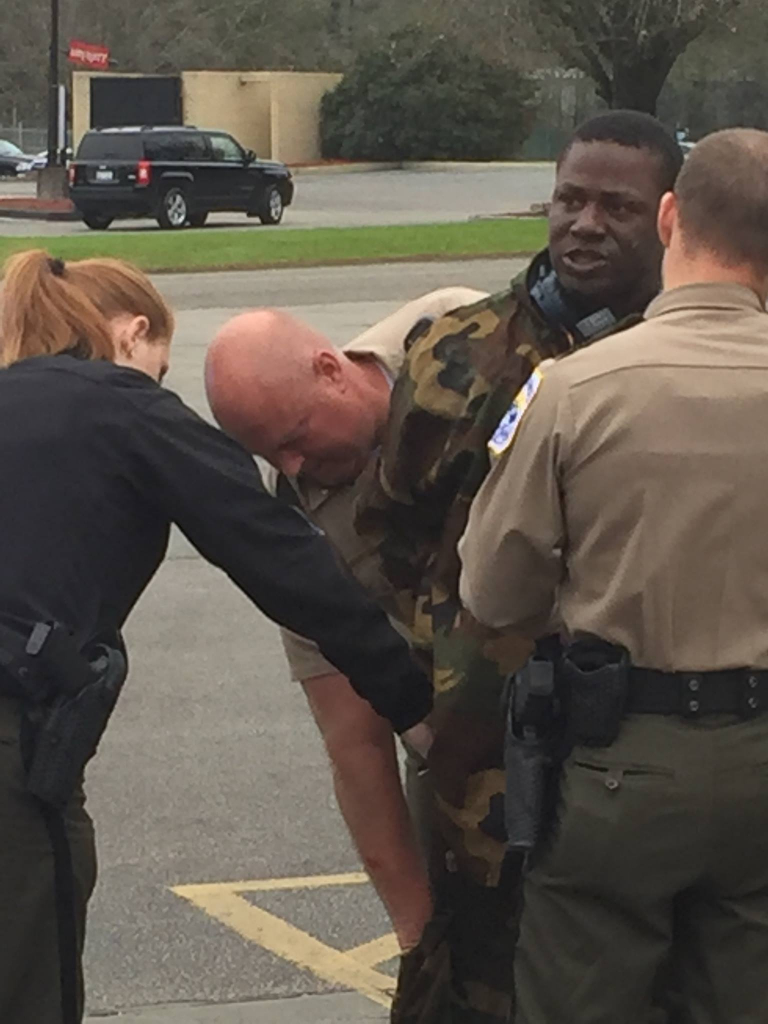 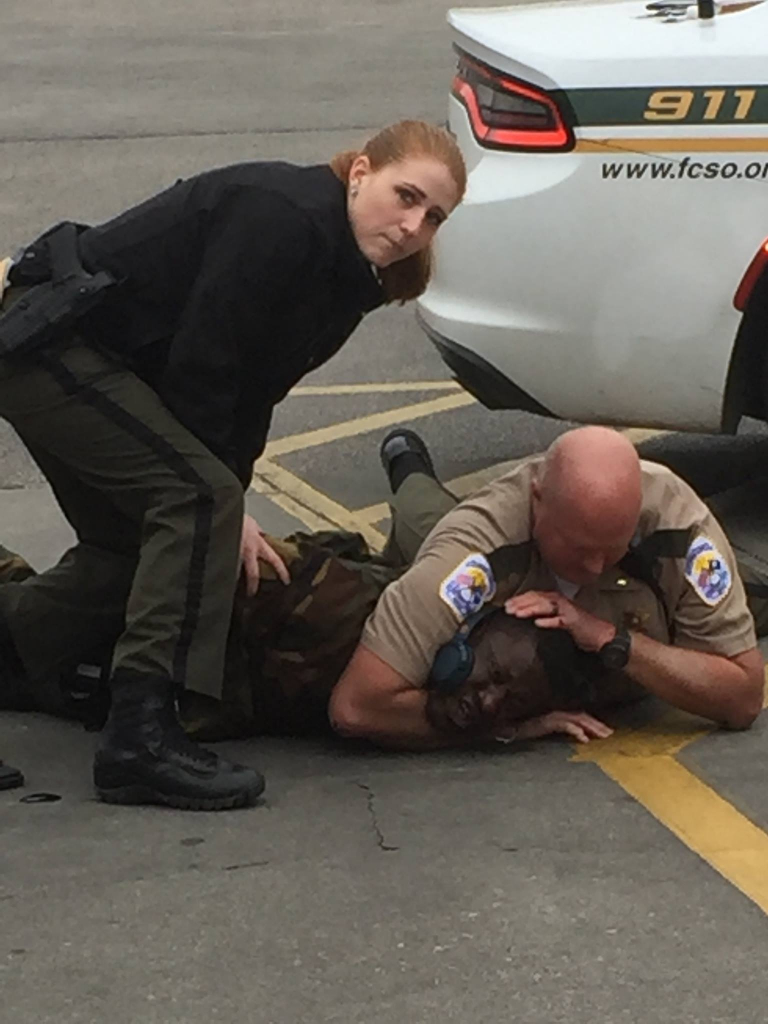 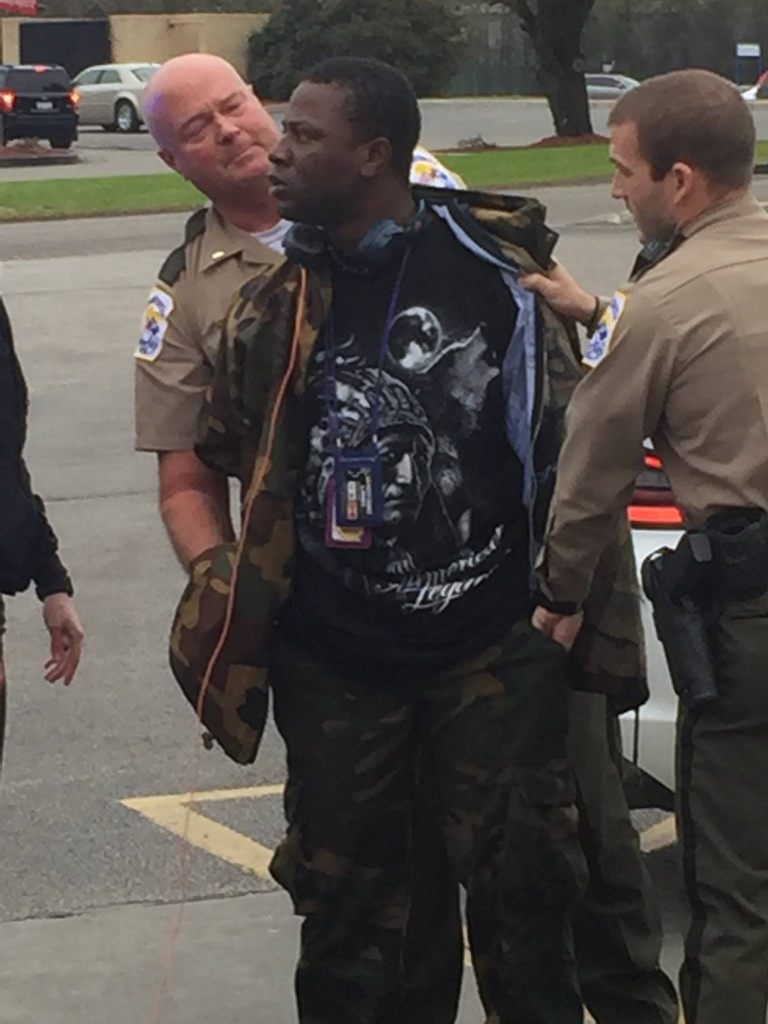 According to a statement from Florence County sheriff Kenney Boone, the incident occurred after the suspect – 34-year-old Tyler Fleming of Marion, S.C. – “refused to follow reasonable verbal instructions and resisted officer’s attempts to properly detain him.”

“Certain photographs of this encounter taken by citizens have been circulated on social media,” Boone said in a statement.  “While the photographs we have seen so far are selective and limited in nature, they are concerning to us.  Public confidence that we discharge our law enforcement duties in a fair and impartial manner is essential to our mission, and we are investigating to determine what happened in this case. Once the investigation is concluded, we will report our findings. While that investigation is going on however, we ask that the public reserve judgement until all of the facts are known.”

While this news outlet has obviously been critical of Boone in the past, we agree with him in this instance that judgment should be reserved until all the facts are known.

Unfortunately, we have very little faith in the credibility of investigations run by Boone’s department.

Got something you’d like to say in response to one of our stories? Please feel free to submit your own guest column or letter to the editor via-email HERE. Got a tip for us? CLICK HERE. Got a technical question or a glitch to report? CLICK HERE. Want to support what we’re doing? SUBSCRIBE HERE.
Banner: Rachel Buie