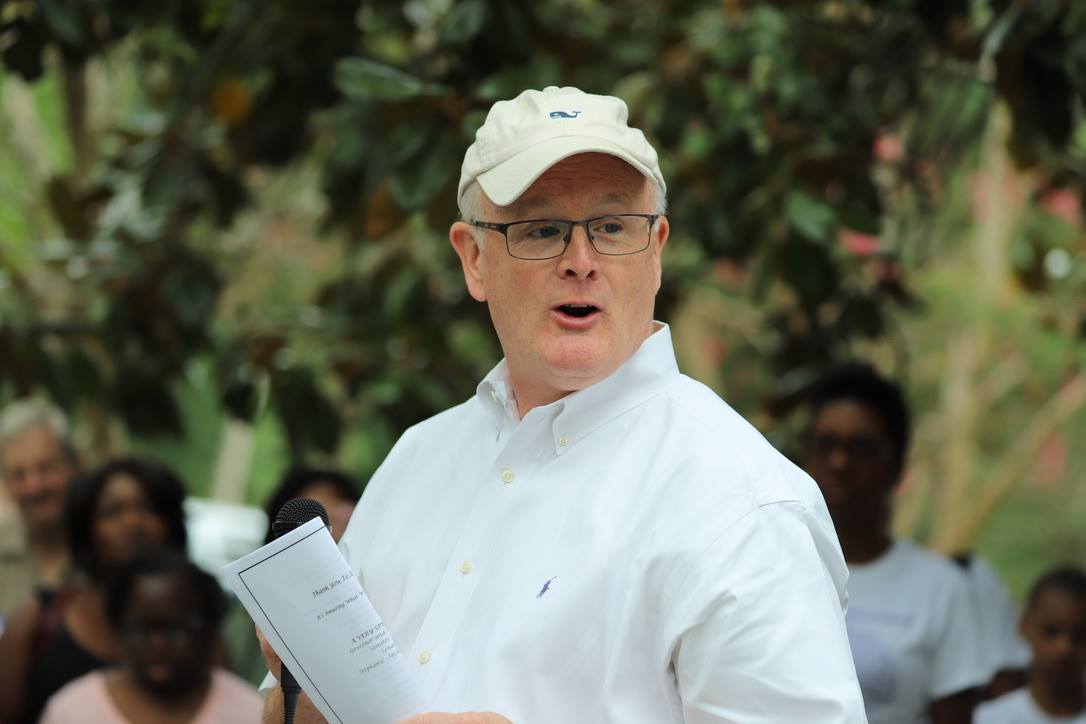 by WILL FOLKS || Having spent his life managing public perceptions and political destinies in his home state of South Carolina, it makes sense that lobbyist Robert Adams is keenly mindful of his own legacy … and his own destiny.

“Make me look good,” the veteran strategist joked with me earlier this week as news of an especially aggressive cancer diagnosis –  which was received by his family just before Christmas – rocked the South Carolina political world and dominated discussion among lawmakers and politicos ahead of the upcoming session of the S.C. General Assembly.

“And one more thing – please make sure people know I’ll still be in and around the office the next few weeks,” Adams added.

A legacy of accomplishment is particularly important given Adams’ distinguished family tree – which was first planted in the Palmetto State’s soil in the mid-eighteenth century and which, over the intervening decades, has yielded generations of ambassadors, artists, soldiers, statesmen and governors.

As word of Adams’ dire diagnosis ricocheted through the South Carolina echo chamber, the typical buzzing din of chatter surrounding the convening of a new legislative year fell eerily silent – with thoughts turning almost exclusively to Adams and his family as they confronted this somber news.

Adams has been a fixture at the S.C. State House for years – first as a top staffer to multiple governors and more recently as one of the Palmetto State’s most successful government relations practitioners.  In his role as senior vice president for state government relations at MaguireWoods Consulting, Adams’ lengthy client roster has long been the envy of the State House lobby – as has the boundless creativity, inexhaustible energy and bottomless relationship depth/ dexterity he has brought to bear on behalf of those who have employed him. 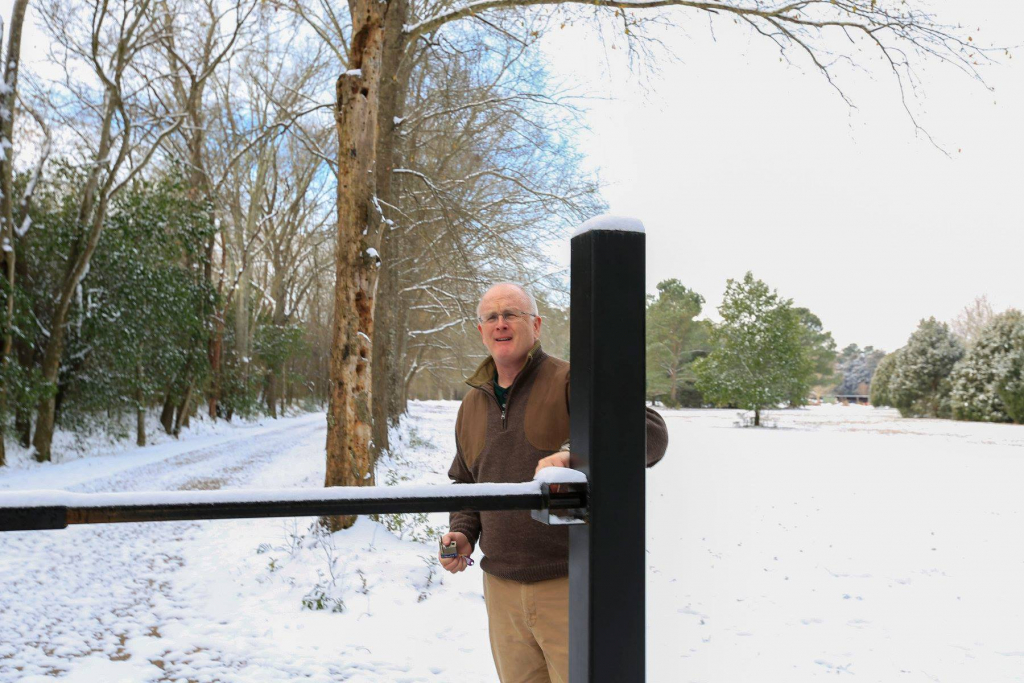 On a personal level, I can attest to the veracity of that statement.  I was fully prepared to loathe Adams (above) the first time I met the man – way back in the spring of 2002 at what is now Poe’s Tavern on Sullivans Island, S.C.  The former advisor to U.S. senator Strom Thurmond and ex-governor David Beasley had just wrapped up a stint as the bomb-throwing campaign manager of then-lieutenant governor Bob Peeler, who was defeated in that year’s Republican gubernatorial primary by the man I was working for at the time – Mark Sanford.

I met with Adams at Sanford’s insistence – under protest.  Unbeknownst to me, the future governor had already decided to hire Adams to assist him in his general election campaign against incumbent Democratic Jim Hodges (who, as irony would have it, is now one of Adams’ best friends and business partners).

It was a smart move, as Adams would go on to serve Sanford capably and faithfully on the campaign trail and in his administration.

Still, it had been a particularly nasty GOP primary fight that year – and I was in no mood to mend fences with a guy who only a few days earlier had been lobbing grenades at my boss.

To me, Adams was the prototypical “Columbia joker” – which is how those of us hip outsiders on the Sanford campaign described the insider crowd at the State House.  Not only had Adams been trying to destroy Sanford’s insurgent candidacy (which, in retrospect, probably would have been doing all of us a favor), but I perceived him to be the embodiment of everything that a truly reform-minded candidacy opposed.

Why were we letting this guy into our foxhole?

As I observed Adams walking aloofly and carefree along the Sullivans Island sidewalk toward our meeting, I grew even more resolved to dislike him.  There was something about the way he strode – his leisurely gait – that rubbed me the wrong way.

“He strolled – like a man in a park without a care or worry.”

And that is exactly the way Adams has moved across the earth over the years: Goofy.  Sauntering.  Like an unperturbed Sasquatch bounding from one picnic to the next.

Hard to believe a man like that is light on his feet, right? 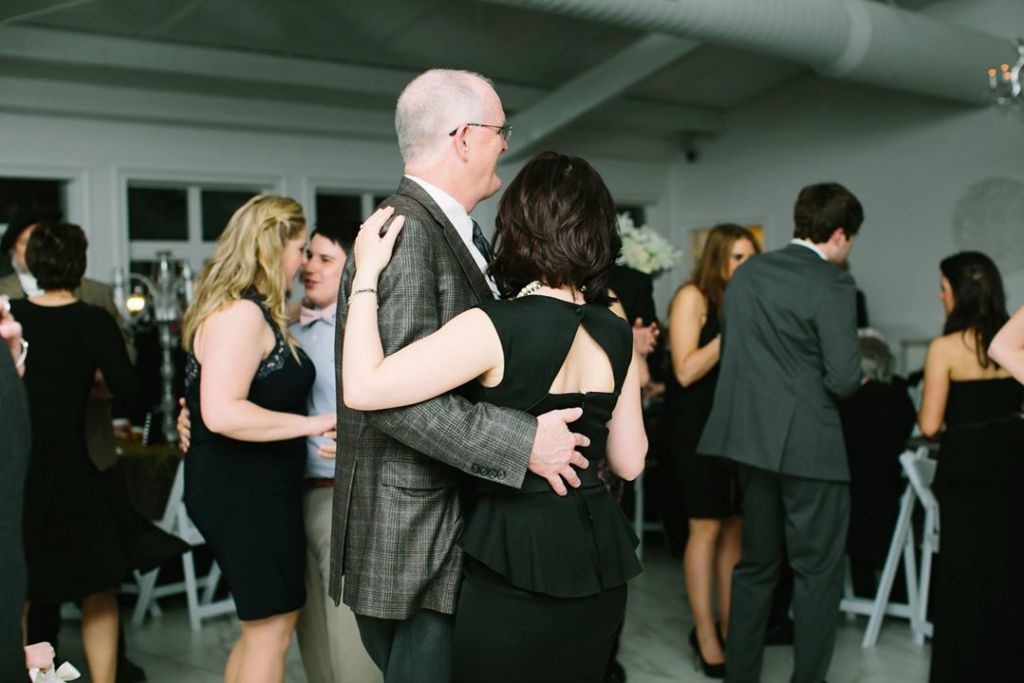 As his imposing 6-foot-4 frame idled up to the bar, I braced for the inevitable good ol’ boy greeting – which, of course, was immediately forthcoming.

“Hi, I’m Robert Adams!” he guffawed – tightly gripping my hand and unleashing his signature scheiße essen grin.  For a moment, it felt as though I were about to receive the deal of a lifetime on a pre-owned vehicle of dubious reliability.  Or some life insurance I absolutely did not need.

It was instant revulsion … I hated this man.

I learned on that day – and would continue to learn over the years – that Robert Adams is a good guy.

I learned he was genuine.  Gifted.  Trustworthy.  Funny.  Loyal.  Kind.  And without exception, he has been each one of those things ever since … to me and to countless other friends in times both good and bad.

Does Adams work hard on behalf of his clients?  Obviously.  You don’t reach his level of success without being both good and hard-working.

Do I like all or even most of his clients?  Eh.

And finally, does Adams have the sort of face you just want to haul off and slug after he has defeated you in the arena?  Absolutely (although in fairness his inimitable scheiße essen grin is just who he is). 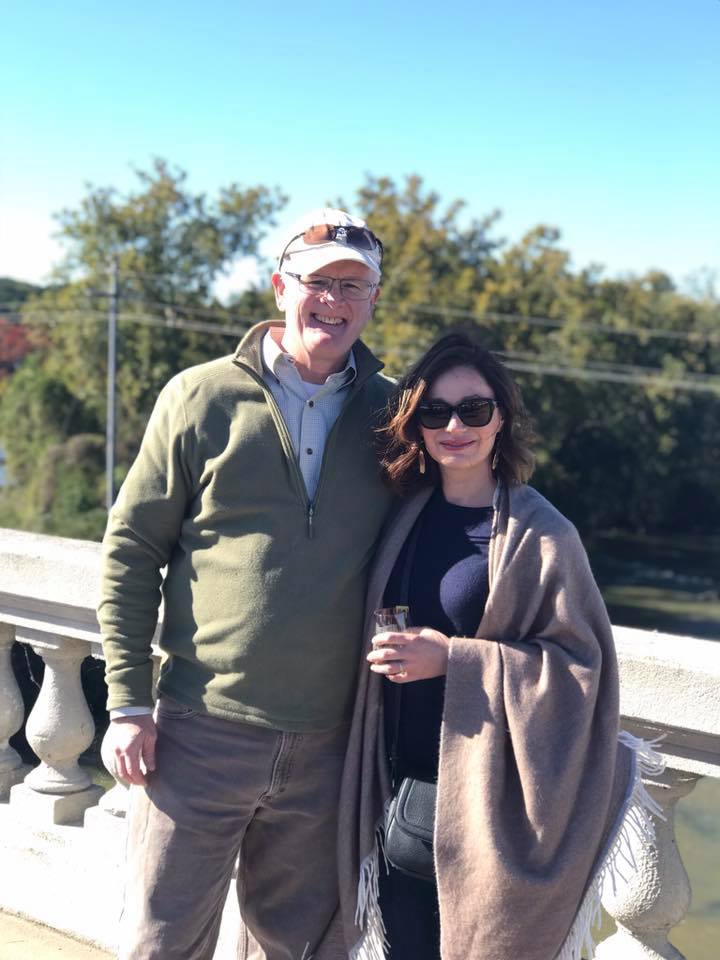 Adams’ colleagues – including the governor he helped defeat (and later worked alongside) – told me the cancer diagnosis hit them hard, too.

“We’re all devastated by this,” former governor Hodges said.  “He’s just a class person – a consummate professional and an all-around great guy.  He has this ability to make people like him.  People just love Robert – regardless of their partisan affiliation.  They find him someone they can trust and work with on any issue.  He has tremendous integrity.”

Along with Sanford and Beasley, Hodges is one of three South Carolina governors Adams has served alongside in one capacity or another.

“I much prefer him to be a foxhole companion,” Hodges said.

That’s for sure … especially considering Adams received much of his early political training from famed political brawler Lee Atwater.

The son of U.S. ambassador Weston Adams – a decorated diplomat, state lawmaker and iconic Columbia, S.C. attorney – Robert belongs to a family that has played prominent roles in virtually all the pivotal events of the American Republic.

Its patriarch was Joel Adams, a revered planter/ soldier from Virginia who settled in Richland County in the late 1700s and led the South Carolina Militia during the Revolutionary War (later serving under George Washington in the Continental Army).  In fact, one of Robert Adams’ two college-aged sons is named for the family patriarch – and happens to be serving his country as an Army Ranger based at Fort Benning.  Meanwhile one of Robert Adams’ own namesakes – Robert Adams II – was a member of the Charleston Light Dragoons and the husband of Eveline McCord of Philadelphia, the great grandniece of Betsy Ross.

You know … the woman credited with creating the American flag.

Talk about being intimately connected to the fabric of our nation …

Some of Adams’ other relations include former South Carolina governor James Hopkins Adams and Warren Adams, who commanded the Confederate garrison at Battery Wagner during the famous 1863 engagement depicted in the movie Glory.

They go way back, in other words …

Speaking of movies, Robert Adams’ brother – Julian Adams – is a filmmaker who is currently starring in (and producing) The Last Full Measure, a Vietnam War epic starring Samuel L. Jackson and William Hurt set for release later this year.  Julian Adams and his father previously collaborated on a film about their famous relative Robert Adams II entitled The Last Confederate.

It was Julian Adams who posted perhaps the most moving tribute to his brother, a picture of the two of them as young boys. 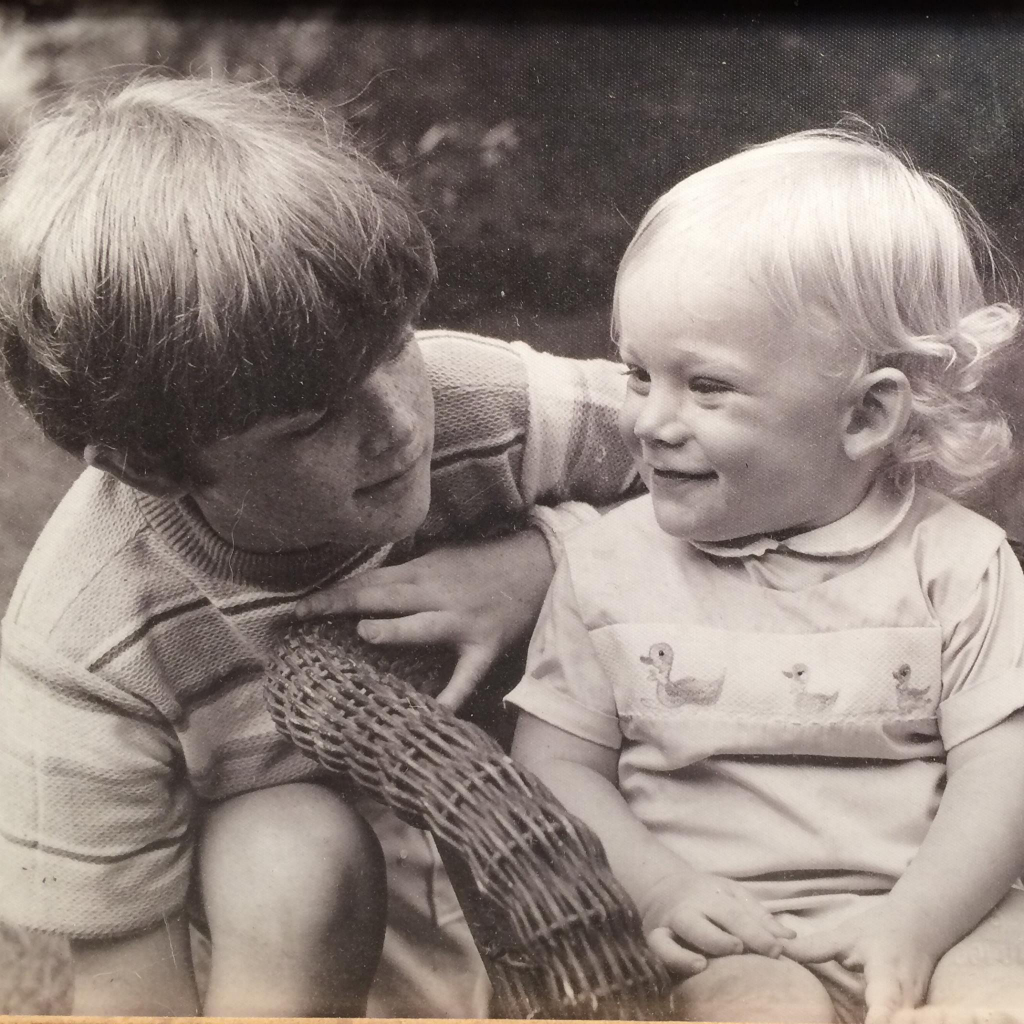 “My sweet brother Robert looking over my shoulder to make sure all is well – as he has always done,” Adams wrote in the caption accompanying the image.

In a halting, strained voice – but one defiantly committed to “not throwing in the towel” – Robert Adams spoke to me this week of the blessings of friendship.

“I love you, Will,” he said. “I want you to know I have been blessed by your friendship and by the friendship of so many people over the years.”

All I could think to tell Robert in that moment was that I loved him, too … and that tons of people I knew (and tons of people neither of us knew) were praying for him at that very moment.

Obviously, we all struggle with what to say in times like these.  Why?  Because there is nothing we can say.  There is nothing anyone can say.  All we can do is feel … and show those feelings as genuinely as Robert Adams has shown them to us throughout his full, fruitful and faithful life.

Two-and-a-half years ago, a friend of mine was dealing with the sudden loss of a young grandchild.  As it happened, I didn’t know what to say to them, either.  Thankfully, someone did.  Her name?  Catharina von Schlegel, an eighteenth century German hymn writer who was cranking out lyrics right around the time Joel Adams was establishing himself as a force to be reckoned with in Richland County, South Carolina.

A devout Lutheran, von Schlegel penned the words to Stille meine ville, or “Be Still My Soul” – best recognized when set to the tune of Jean Sibelius’ 1899 masterpiece, Finlandia.

Here is the song (as performed by the Mormon Tabernacle Choir) …

And here are von Schlegel’s lyrics …

1. Be still, my soul; the Lord is on thy side;
Bear patiently the cross of grief or pain;
Leave to thy God to order and provide;
In every change He faithful will remain.
Be still, my soul; thy best, thy heavenly, Friend
Through thorny ways leads to a joyful end.

2. Be still, my soul; thy God doth undertake
To guide the future as He has the past.
Thy hope, thy confidence, let nothing shake;
All now mysterious shall be bright at last.
Be still, my soul; the waves and winds still know
His voice who ruled them while He dwelt below.

3. Be still, my soul, though dearest friends depart
And all is darkened in the vale of tears;
Then shalt thou better know His love, His heart,
Who comes to soothe thy sorrows and thy fears.
Be still, my soul; thy Jesus can repay
From His own fulness all He takes away.

4. Be still, my soul; the hour is hastening on
When we shall be forever with the Lord,
When disappointment, grief, and fear are gone,
Sorrow forgot, love’s purest joys restored.
Be still, my soul; when change and tears are past,
All safe and blessed we shall meet at last.

I wish my friend Robert Adams “all sorrows forgot” and “all joys restored.”  I also wish him, his family and his many friends God’s comfort, God’s peace and God’s love.  I would also encourage those with messages for their friend to send them via email to his beautiful wife, Shana Adams. 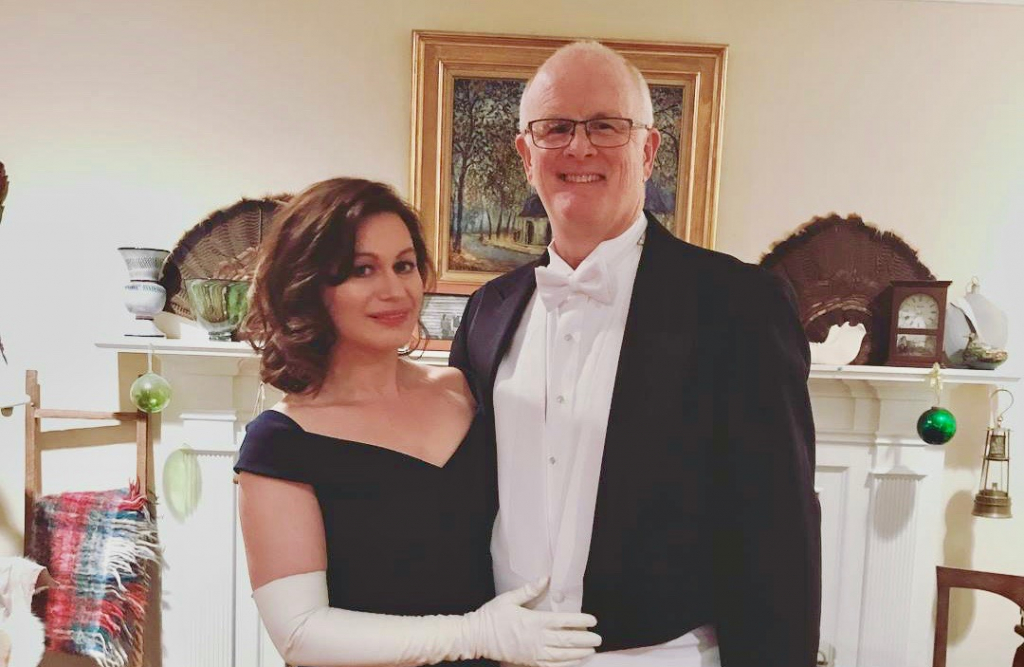