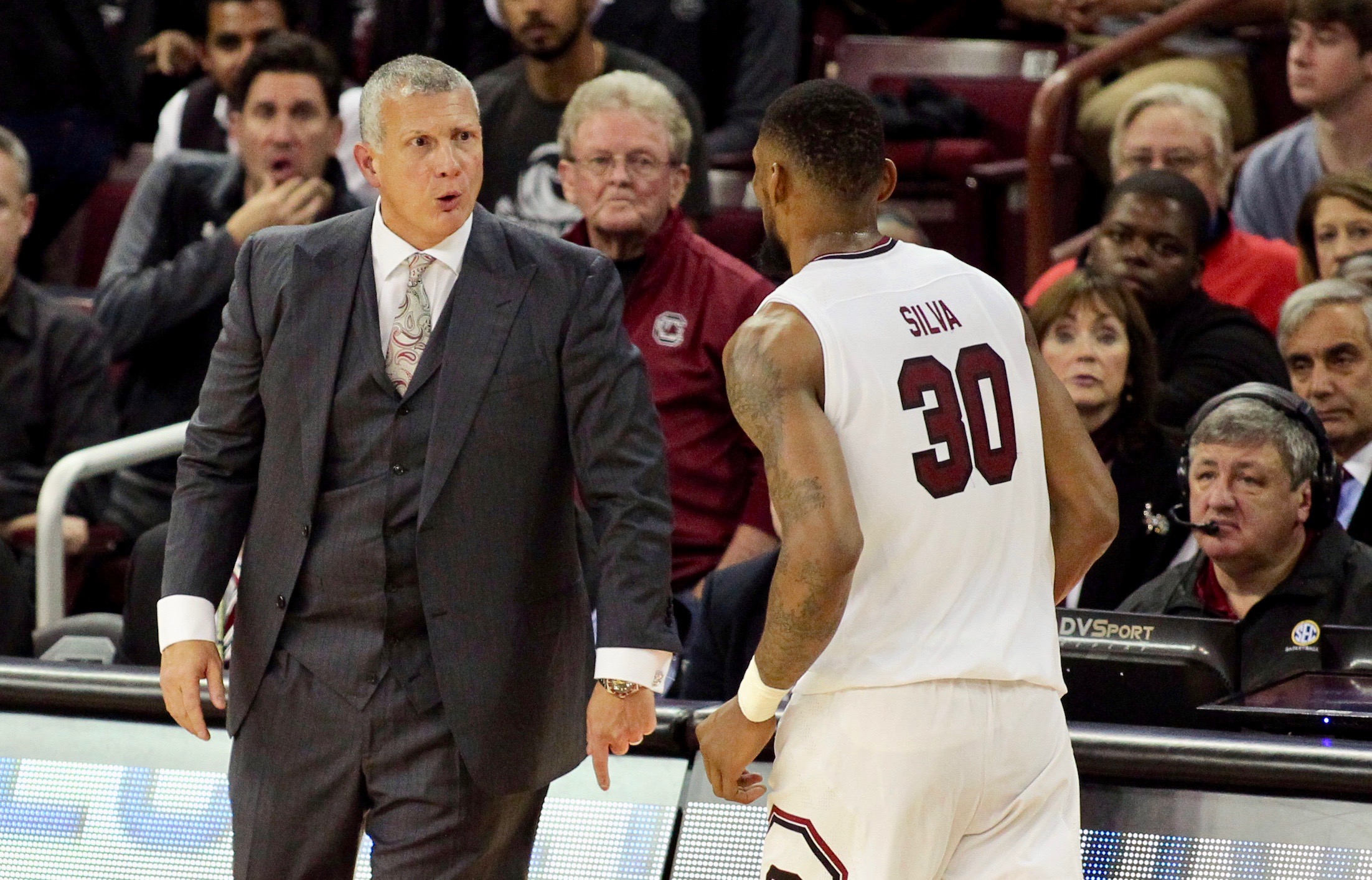 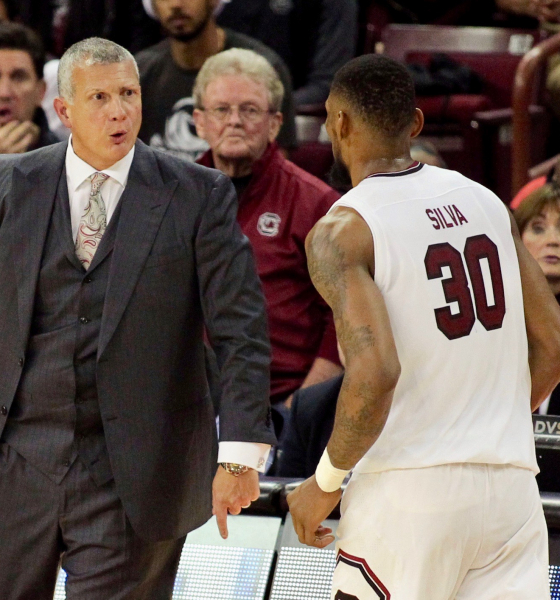 When the University of South Carolina men’s basketball team lost an exhibition game earlier this year to an NCAA Division II program, the story afterward was the testy response of seventh-year head coach Frank Martin.

When Martin’s Gamecocks (4-6, 0-0 SEC) fell on Tuesday evening to the No. 3/5 Virginia Cavaliers (10-0, 0-0 ACC), the story once again revolved around the feisty Cuban-American coach – who delivered a fiery rebuke of the media and South Carolina fans following his team’s 69-52 loss.

According to Martin, the season-high crowd of 12,291 at the Colonial Life Arena in Columbia, S.C. (which seats 18,000) was not entirely – or even mostly – supportive of his team.

“We continue to speak on that negativity, and it’s hard for me to overcome,” Martin said after the game.  “That’s why we got more Virginia fans than South Carolina fans in our game today.  This reminded me of my first year here, when we’re out-numbered.” 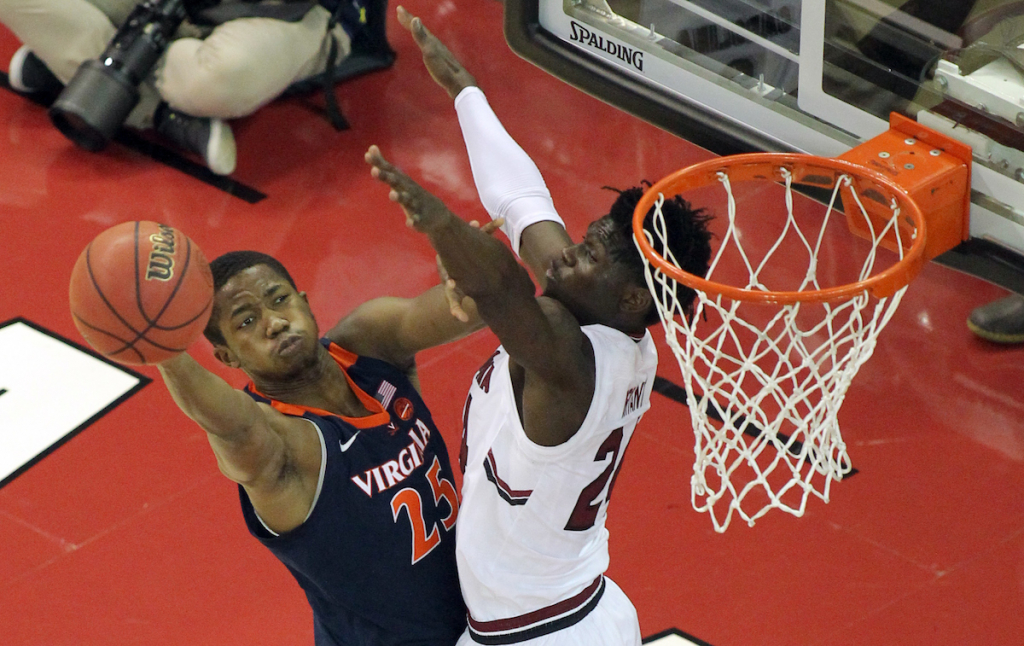 According to the 52-year-old Miami native, the media bears the blame for this lack of fan support.  Specifically, he accused reporters of continuing “to put out the wording on stories pertaining to our team that makes everybody think that we’re not good enough.”

“That’s insulting to me,” Martin said.  “Because we’ve all, you guys and us, have worked too hard to give this school a program that’s worthy of lining up against the No. 3 team.  When’s the last time a No. 3 team in the country came into South Carolina for a non-conference game?  When’s the last time an ACC school other than Clemson came to this building for a non-conference game?  We’ve worked real hard to make those things happen.”

Martin went on to challenge the media to change its narrative about his program.

Martin went on to angrily rebuke a reporter who questioned whether his team’s 2018-2019 schedule – which is loaded with games against ranked opponents – was too difficult, especially in contrast to the softer schedules South Carolina has played in previous years.

“There’s nothing soft in my body, how I was raised, how I live, how I’ve ever coached,” he barked at the reporter.  “Go back and look at the schedules I put together as a head high school coach.  I don’t believe in soft.  Anything soft and me are never getting along.  So please, stop, you guys who cover our team, please stop.  It’s disrespectful to me, so please stop.  The national media don’t say our schedule is soft.  You guys say soft, not the national media.  So stop.  I’m done with the soft stuff.  I’ve answered this a hundred times, I’m done with you guys saying that we schedule soft.”

This news outlet took a dim view of Martin’s last meltdown … and we are not especially impressed with this one, either. 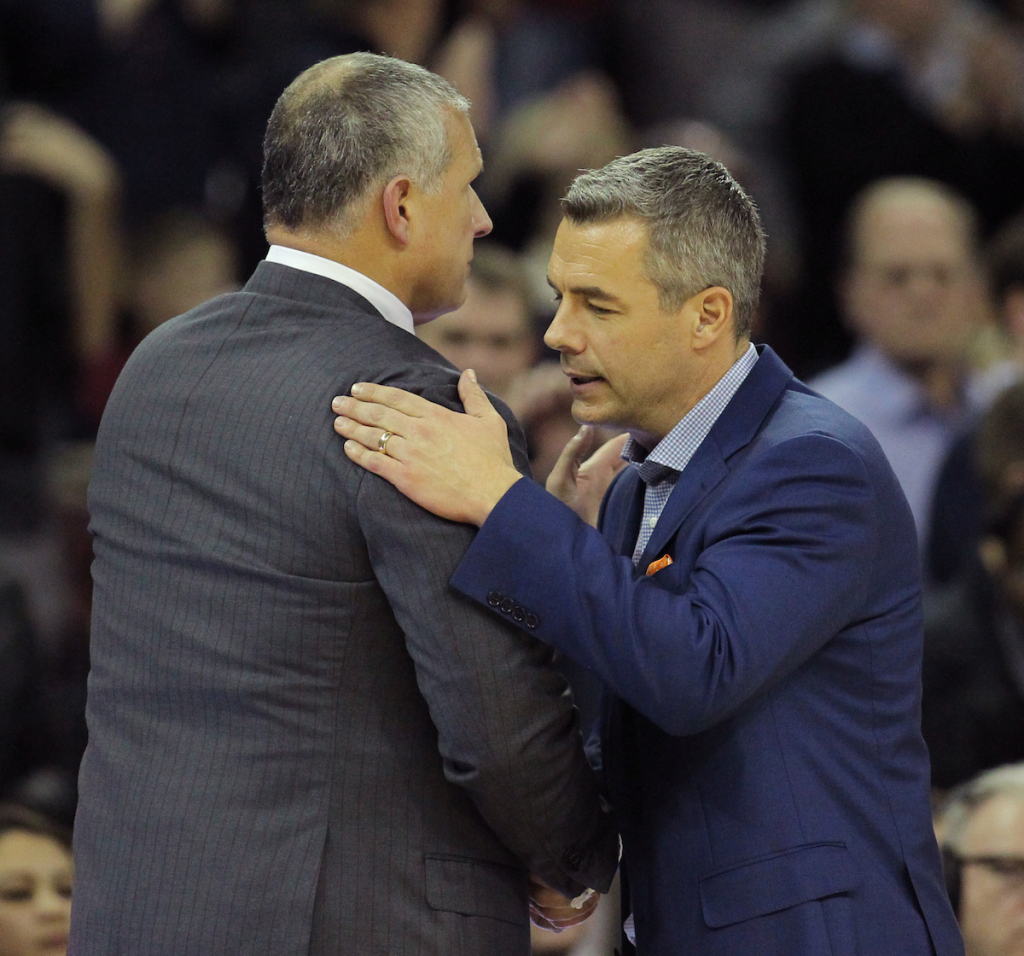 We hate to break it to him, but respect is earned – something we assumed he understood after a dozen years as an NCAA Division I head coach.

Martin’s program earned plenty of respect two years ago when it advanced to the Final Four after winning South Carolina’s first NCAA tournament game in 43 years.  After losing stars Sindarius Thornwell and PJ Dozier to the NBA, though, Martin has been unable to sustain this success – watching last year’s squad slip to 17-16.  This year’s Gamecock team had been projected as an NCAA “bubble” squad – but that clearly isn’t happening at this point (unless it experiences a sudden and miraculous turnaround, anyway).

To be clear: We like Martin.  And despite the obvious backslide from 2016-2017, we continue to believe he is the right person to lead the Gamecock program into a competitive future.  Having said that, these blame-shifting rants for the current status of his program are getting old.

Not unlike the accumulating losses …