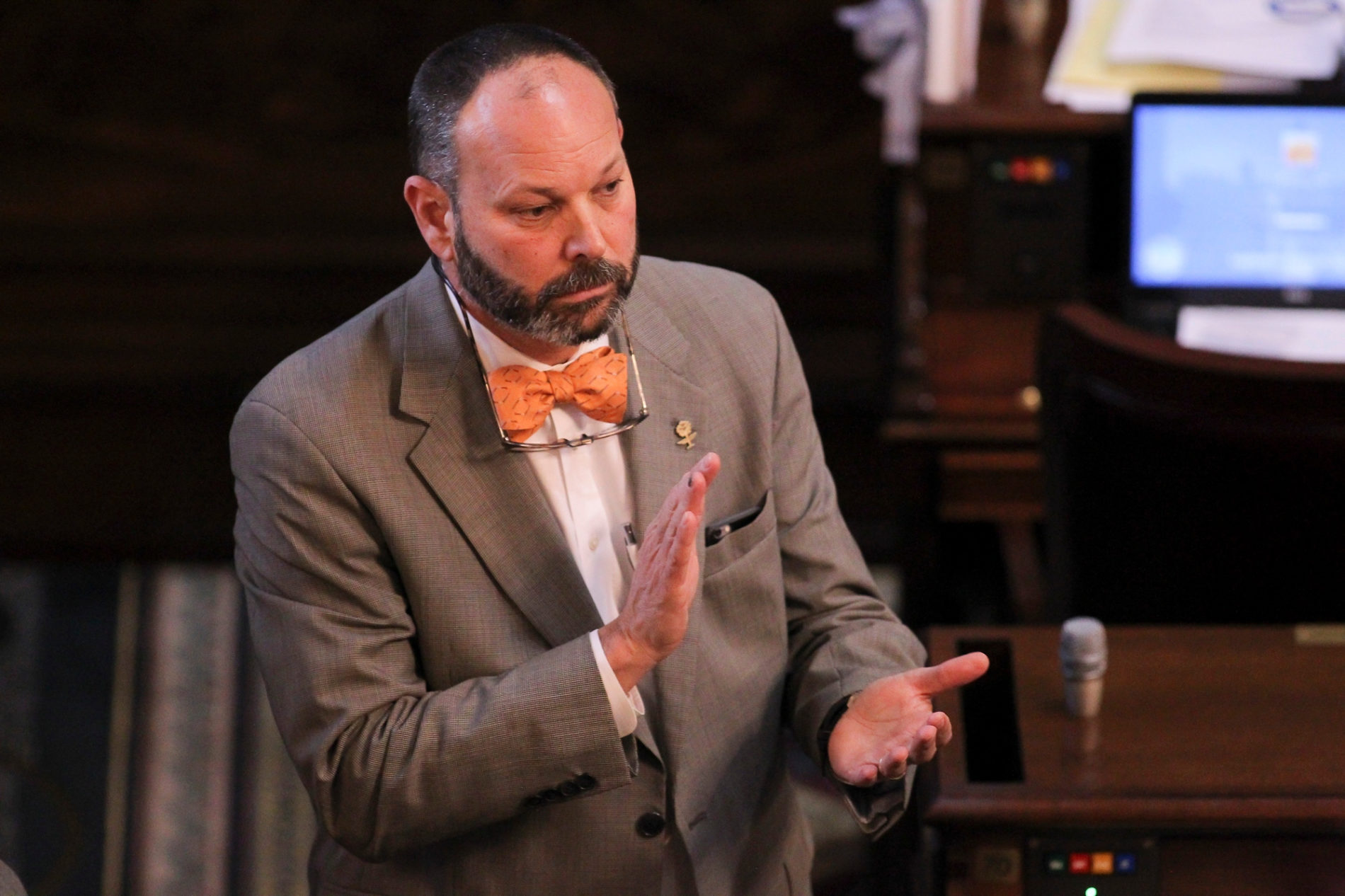 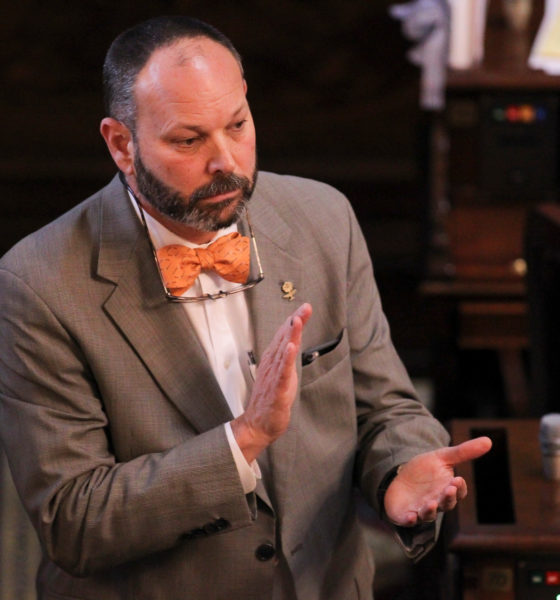 A major shakeup took place in the South Carolina House of Representatives on Tuesday afternoon when veteran state lawmaker Brian White lost his seat on – and his chairmanship of – the powerful House ways and means committee.

The job will fall to state representative Murrell Smith, an attorney from Sumter, S.C. who has served in the House since 2001.

Smith’s ascension to the chairmanship will be formally announced this week when lawmakers gather in Columbia, S.C. for an organizational session in advance of the 123rd regular session of the S.C. General Assembly – which is scheduled to convene in January.

One of the most influential positions in all of state government, the ways and means chairman controls the legislative panel that gets first crack at the annual state budget – a nearly $30 billion spending plan.  Not only that, the politician who holds this position is endowed with vast appointment authority that encompasses dozens of boards and commissions – giving them extensive power over both the legislative and executive branches of state government.

According to multiple legislative sources familiar with the situation, White was removed from the chairmanship by S.C. speaker of the House Jay Lucas.  After conferring with the speaker, other members of the panel then chose Smith – a longtime ways and means subcommittee chairman – as their new leader after the job was reportedly offered to (and declined by) state representative Gary Simrill, the House majority leader.

“Murrell is the right man for the job,” one of Simrill’s allies told us. “And Gary is a selfless leader who is going to continue fighting to expand our majority.” 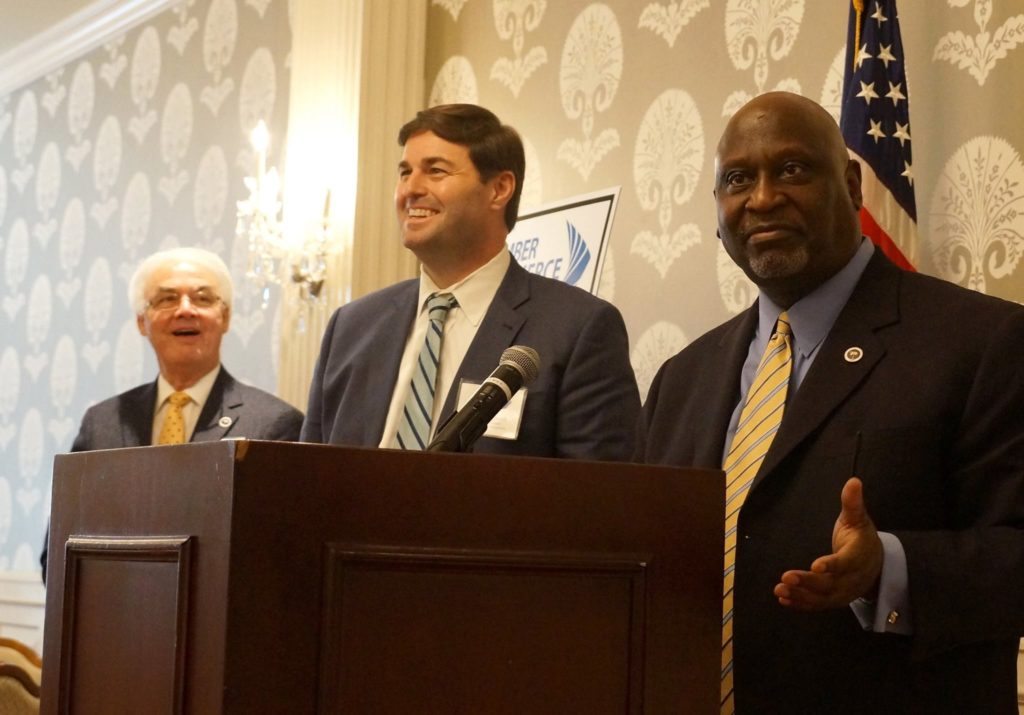 We reached out to Smith (above) but he was not immediately available for comment.  Nor was Simrill.  And for that matter, nor was Lucas.

So … what prompted this shake up?

According to our sources, White’s ouster had nothing to do with the various ethics issues hanging over his head – issues we reported on exclusively last month.  Nor, apparently, did it have anything to do with the monied Republican interests that sought to defeat him during the 2018 GOP primary season.  Readers will recall White was targeted back in January by some powerful Upstate GOP politicos, and appeared to be in serious electoral trouble.  Fortunately for him, S.C. governor Henry McMaster rode to his rescue – intervening on his behalf and ultimately calling off some of the forces that had drawn a bead on him.

So … what was it that compelled Lucas to show him the door?

According to lawmakers familiar with the speaker’s decision, the move to jettison White was made in response to pressure from multiple members who were concerned over the latter’s desire to spend every penny of the estimated $1 billion in new money projected to flow into state coffers this year.

We’re also told there were also concerns regarding the soon-to-be former chairman’s priorities for these funds, including various higher education appropriations that were not viewed by a majority of members as essential expenditures.

Several lawmakers told us they went to White with these concerns – only to be rebuffed.

“Brian was going down a path that was going to put a lot of people in a lot of trouble electorally,” one state representative told us. “And so Jay – as he has done since he became speaker four years ago – took the bold, necessary action to advance the best interests of the body and by extension the state.”

It remains to be seen how Smith will wield his newfound influence, but the deposing of White clearly represents a significant victory – or at the very least a significant opportunity – for those of us eager to see the Palmetto State’s legislature chart a more fiscally responsible path in the future.

White was a big government liberal to his core, and the budgets his committee produced consistently reflected this ideological mooring.

Stay tuned … this is a major move that will have significant ramifications on the balance of power in South Carolina.  Look for more reporting on this sudden power shift in the days to come.

UPDATE: White has just issued a very classy statement on his demotion.