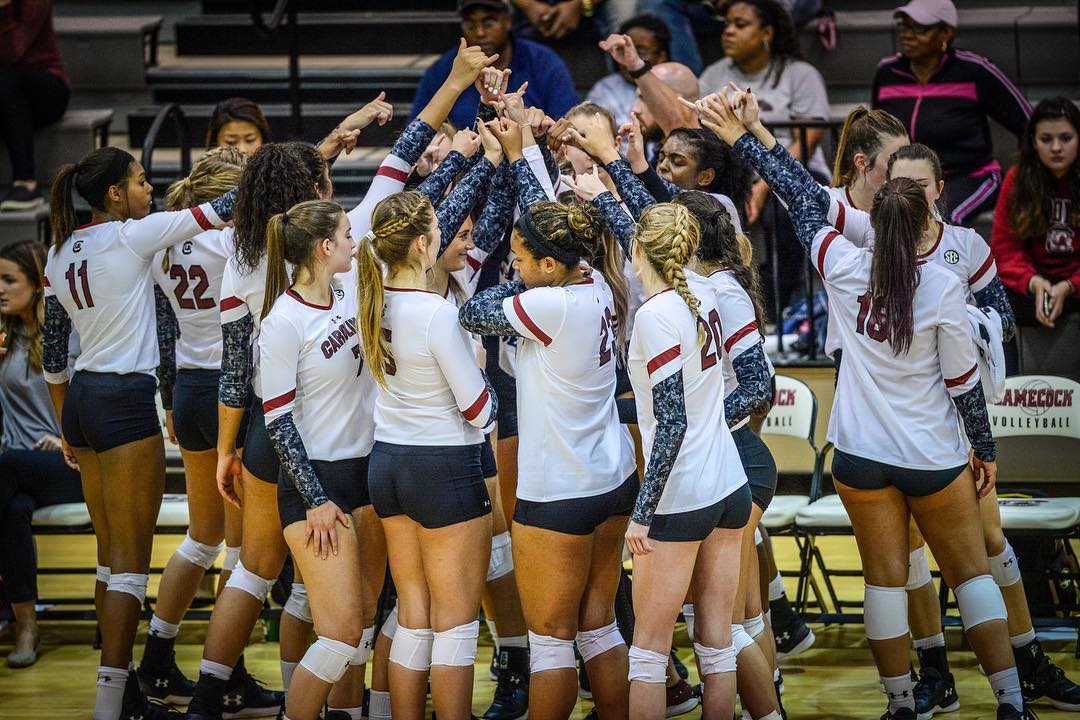 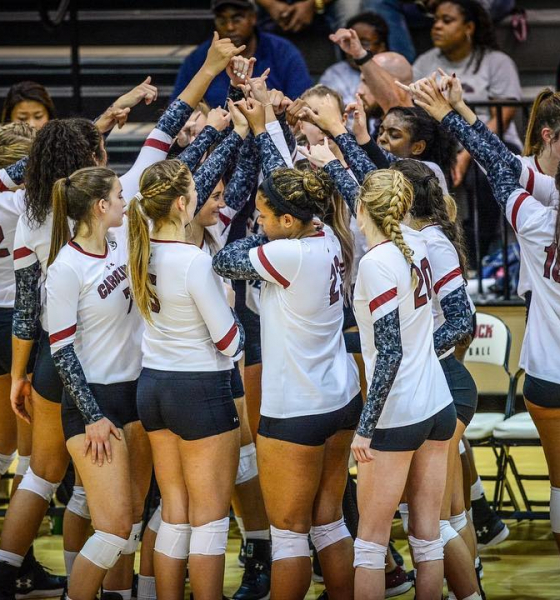 The Gamecocks (19-9, 10-8 SEC) posted their highest win total in over a decade this season and climbed from No. 12 to No. 5 in the Southeastern Conference (SEC) standings.  That was good enough to punch their first postseason ticket since 2002.

“This is an exciting moment, we’re really proud and excited and happy for our student-athletes,” said first-year head coach Tom Mendoza. “Looking at what this group has been through this year and in years past I think they’re definitely deserving, not just from the resume they put together as far as wins and losses but the way that they’ve worked together as a group.”

Mendoza inherited a program in disarray following the firing of former coach Scott Swanson midway through the 2017 season.  He has turned things around thanks in large part to the “Two Mikaylas” – junior attacker Mikayla Shields and sophomore blocker Mikayla Robinson, both of whom won all-conference honors this season.

“It’s something that we’ve talked about, looked forward to, and worked hard for … it’s all been leading up to this and I’m so excited for our team this year,” Shields said of the NCAA bid. “This is something new to us, but it’s not new to our coaching staff, so going into this next week and preparing for this game is going to be an exercise in settling ourselves and following what we know our coaches have done and really focusing in and grind it out until we can go play in Minnesota.”

South Carolina will face the Buffaloes for only the second time in program history (and the first time since 1989).  Colorado has recent tournament experience, advancing to the round of sixteen a year ago before falling to eventual national champion Nebraska.

The winner of Friday’s match will go up against the winner of Bryant and Minnesota, the No. 2 overall seed in the tournament.

South Carolina is 4-7 all-time in the national tournament, advancing to the second round four times.