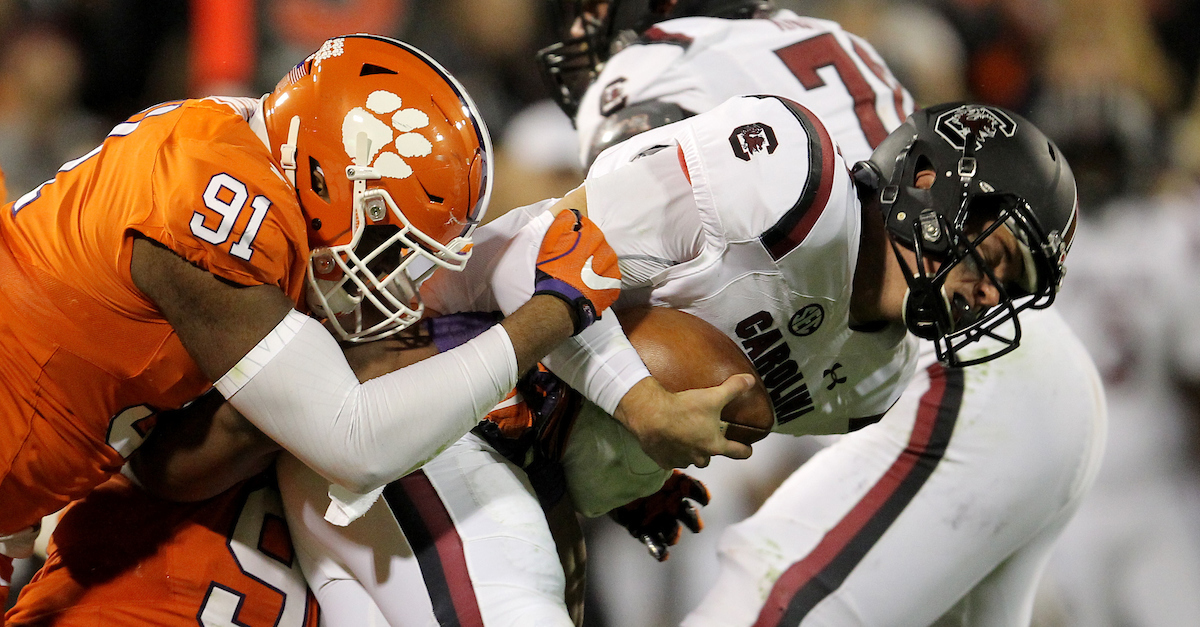 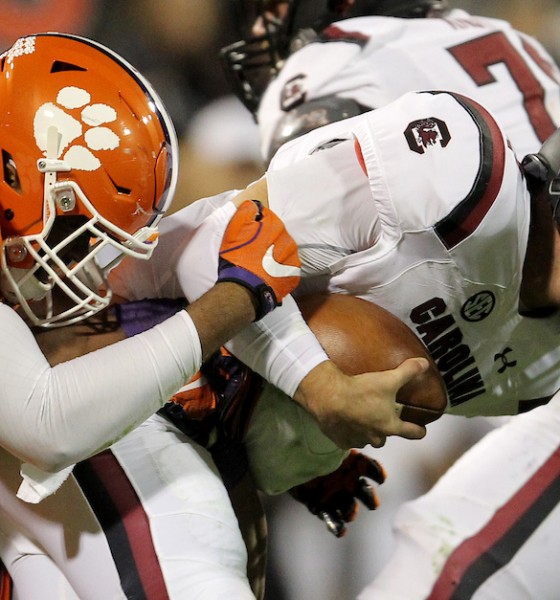 A Rivalry In Name Only … Again

Carolina-Clemson game a shadow of its former glory …

The last time we wrote a column referring to the Clemson University/ University of South Carolina football series as a “rivalry in name only,” the historically underperforming Gamecocks reeled off five straight wins over the Tigers as part of their golden era under former head coach Steve Spurrier.

The worm had turned, it appeared … and legions of long-suffering Gamecock fans made sure their Clemson friends (frenemies?) knew all about it, “five-bombing” them all over social media.

Appearances can be deceiving, though … as South Carolina fans have learned the hard way over the past five seasons.

Like gravity, the tides, and yes … orange and purple sunsets … order has once again been restored to the universe that is the “Palmetto Bowl” (the creativity-challenged name that was slapped on this rivalry in 2014).

Clemson (11-0, 8-0 ACC) has now claimed four consecutive victories in this series and is all but assured of returning the “five-bomb” favor to South Carolina (6-4, 4-4 SEC) this Saturday in Death Valley.  It isn’t just that Clemson is beating Carolina, the Tigers are pummeling their in-state rivals.  And it isn’t just that they are pummeling them, they are beating everybody else on their schedule, too.

During its current win streak over the Gamecocks, Clemson has made the College Football Playoff (CFP) three years in a row, won a national championship and established its program as a perennial title contender.

South Carolina?  After three years in the sun, the program is once again experiencing the gravitational pull of perpetual mediocrity.  Shamecocks, Lamecocks, Chicken Curse … insert your descriptor here …

The real gut punch to long-suffering Gamecock fans? The fact that their team – which was supposed to take another step on the road back to national prominence this year – remains thoroughly outmatched and outclassed by the Tigers.

In fact the talent gap is wider this year than ever before … and still expanding.

First, though, let us consider the point spread for this game: According to OddsShark, the consensus spread for Saturday night’s “rivalry in name only” (there we go again) features the Tigers giving up 26 points.  For those of you unhip to sports betting, that means oddsmakers believe the only way people will bet on the Gamecocks is to stake them to a 26-0 advantage at kickoff. 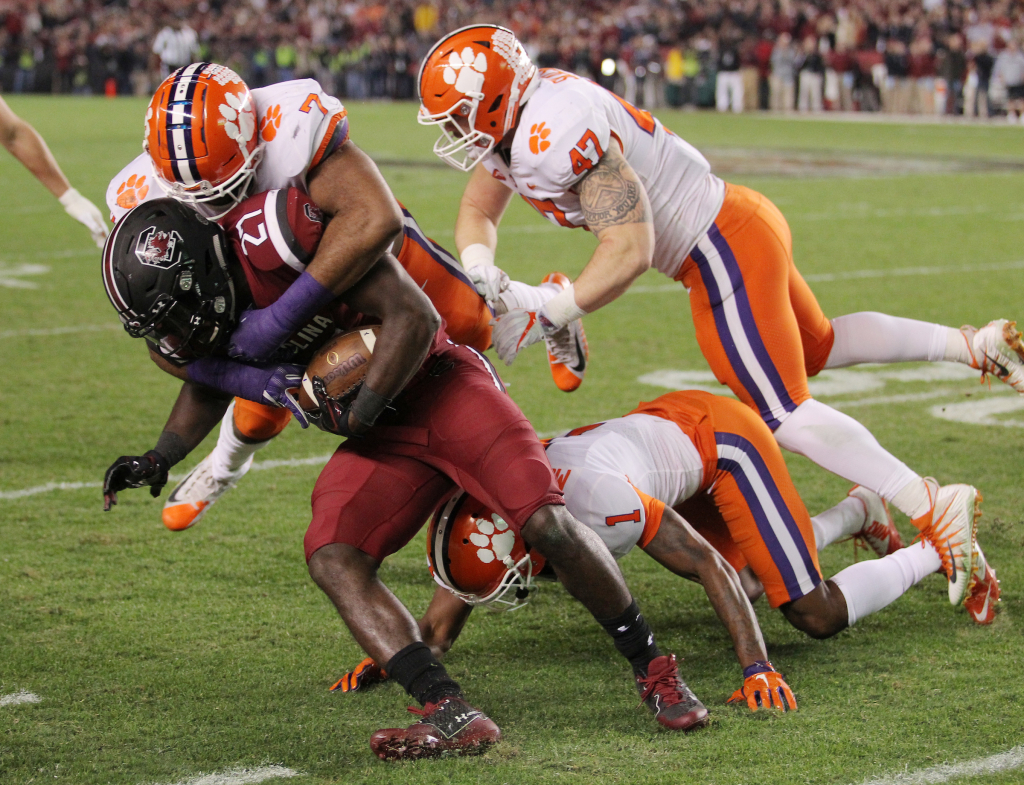 Twenty-six points.  That’s three touchdowns, a field goal and a safety, people.  Assuming this line holds (and we actually see it going up), it would tie the record in this series set two years ago.  Clemson entered that game favored by 26 points … and wound up winning by 49.

Yeah … anybody taking the Gamecocks and the points in this one?

These are not competitive margins, people … these are the sort of betting lines (and results) you expect to see when big-time programs schedule cupcakes for their season-openers.  Or for their late-season, get everybody healthy “tune-up” game.

Sadly for Gamecock fans, such is the current state of this “rivalry” – which entered the decade as one of college football’s most exciting matchups.

South Carolina won all three of those battles under Spurrier, but under current head coach Will Muschamp they are losing the war. 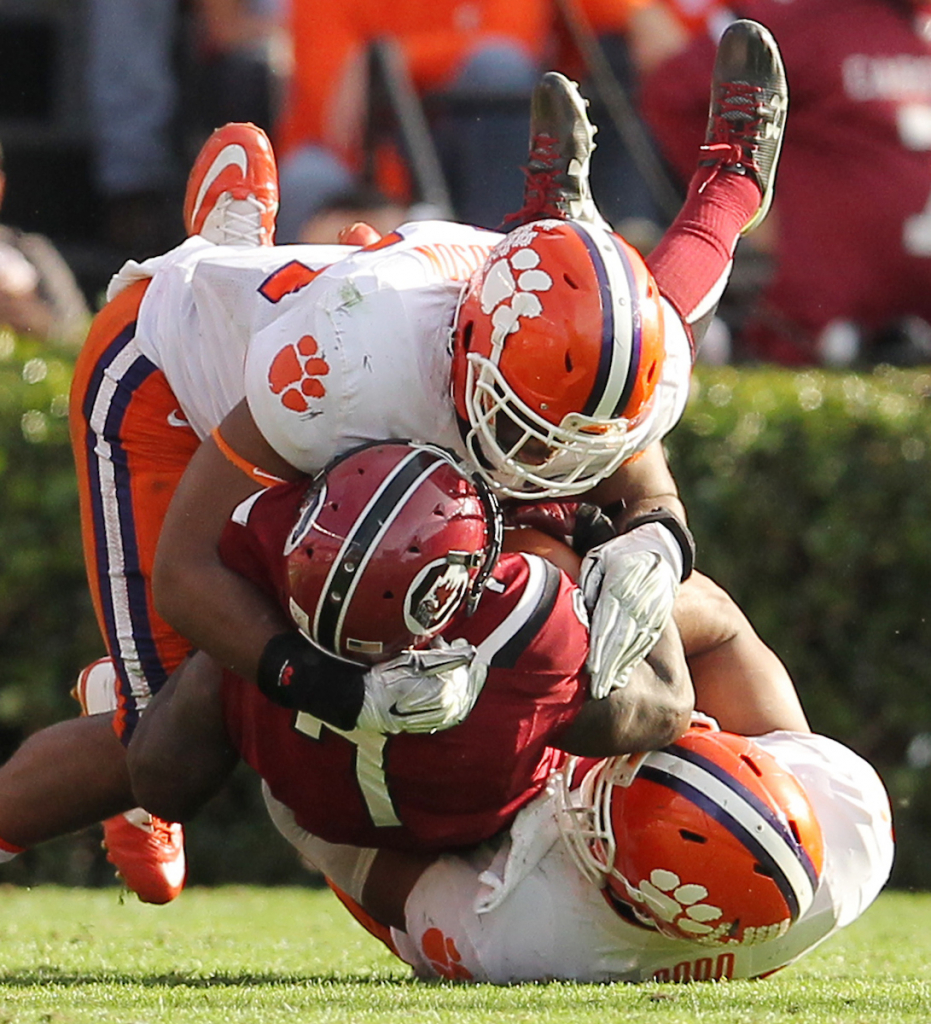 Well, after its “five bomb” over the Tigers in 2013, South Carolina’s program first took a step back – and then completely fell over backwards.  Meanwhile Clemson took its initial success under head coach Dabo Swinney (a 32-8 mark from 2011-2013) and upped the ante.  Since the beginning of the 2014 season, Clemson has posted an astronomical 61-6 record – including its aforementioned championship and three consecutive CFP appearances.

Of course those numbers only tell part of the story …

What is truly scary about this rivalry for Gamecock fans is not where it has been, but where it is going.  Where it has been is obvious.  First played in 1896 (and played annually since 1909), Clemson enjoys a 69-42-4 edge.  Over the last fifty games, Clemson has posted a 31-18-1 advantage.

These numbers – now historical facts – are bad enough, but it is the trajectory of the series that presents the real problem for South Carolina.  It’s not just that this “rivalry” has become totally non-competitive, it’s that there is absolutely nothing to suggest it is going to become competitive again.

At least not anytime soon …

With five star recruits beating a path to Tiger Town, Clemson’s recruiting pipeline is beginning to resemble Alabama’s.  Accordingly it is the Tide – not the Gamecocks – who have emerged as the Tigers’ real rival in the Southeastern Conference (SEC). 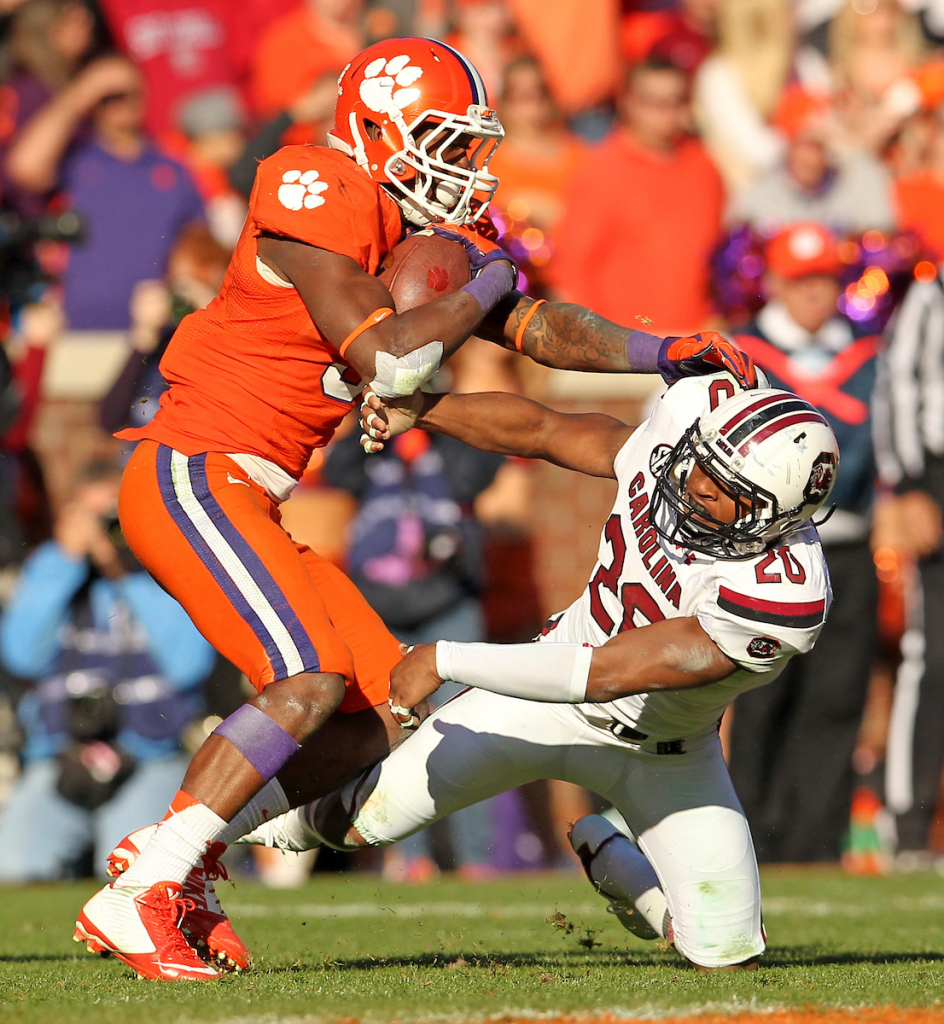 This “rivalry?”  It has gone from a match-up of national significance to little more than a tune-up for the Tigers annual postseason march …

Many moments can be pinpointed in this evolution.   Obviously Spurrier’s lax recruiting – and the perpetual uncertainty surrounding his future at South Carolina – had a lot to do with it (which of course led to the massive rebuilding project Muschamp inherited in December of 2015).

But take nothing away from the Tigers.  Specifically, recall former Clemson quarterback Deshaun Watson’s gritty performance with a torn ACL in 2014 – the game that broke the Gamecock streak.   And don’t forget his equally impressive showing the following year – when an undermanned South Carolina team took the top-ranked Tigers into the fourth quarter in what has proven to be the last competitive game in this series.

Clinging to a three-point lead with less than twelve minutes on the clock, Watson made a pair of critical third-down conversions en route to an “answer” touchdown that helped Clemson avoid what could have been a season-upending upset.

Sadly, we do not envision any similar rivalry-defining moments taking place in Death Valley on Saturday night when ESPN’s cameras zoom in to cover the carnage in Clemson beginning at 7:00 p.m. EST.

Why not?  Because this game is not a rivalry game anymore … it is, once again, a “rivalry in name only.”

Gamecocks Bowl-Eligible With Win Over Chattanooga