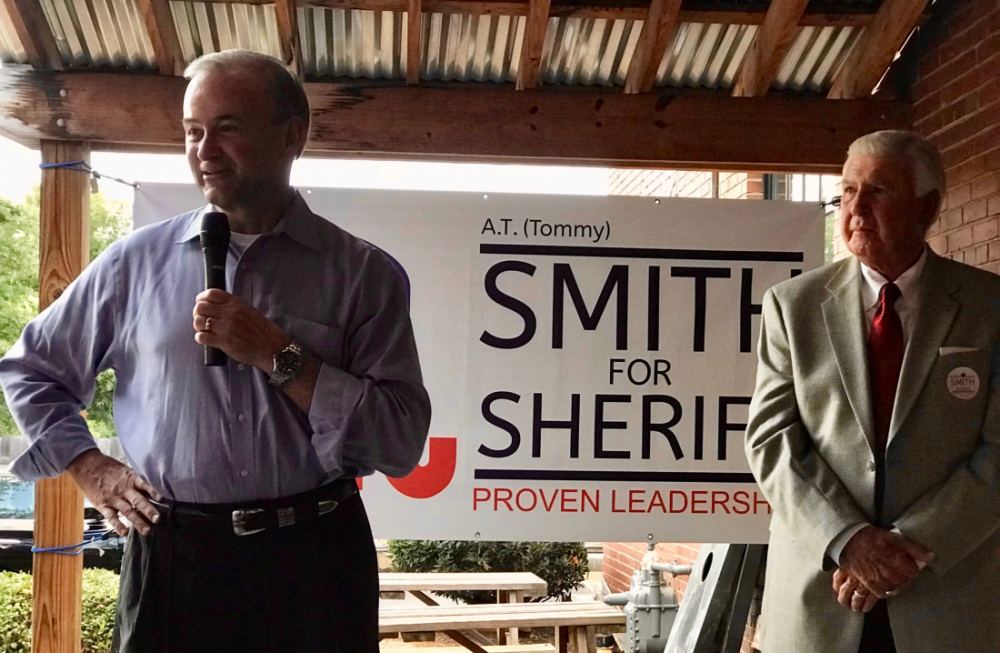 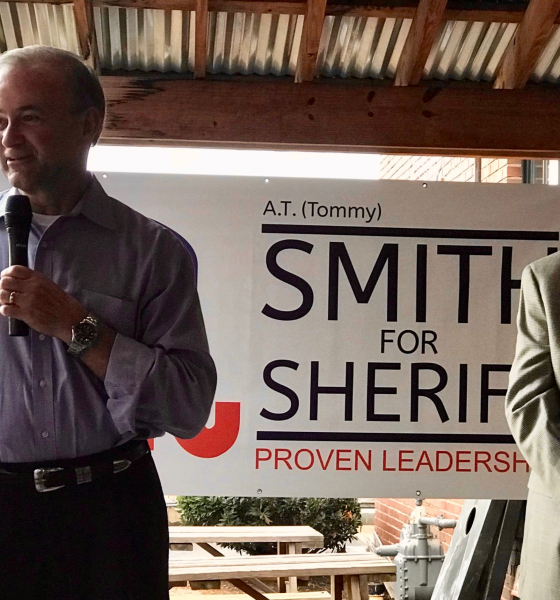 One of the worst-kept political secrets in the South Carolina Upstate is that former U.S. Secret Service deputy director A.T. “Tommy” Smith is running for sheriff of Greenville County.

Just as soon as there is a race …

That could be June of 2020, or it could be sooner – depending on the fate of suspended county sheriff Will Lewis, whose spectacular implosion has been chronicled in excruciating detail by this news outlet over the past fourteen months.

Smith has apparently decided he isn’t waiting for Lewis’ case to be resolved, though.  On Tuesday, he formally declared himself a candidate for this office – and immediately received the endorsement of interim sheriff Johnny Mack Brown.

“I trust Tommy Smith,” Brown said. “I embrace him, I support him in every way. He’s the most qualified person running to provide the leadership this county needs. He’s got the experience, the know-how and I know he’ll be an excellent sheriff.”

“I’ve prepared my entire life to be your sheriff,” Smith said.  “The well-being of the citizens of my county is and always will be my priority.”

The big announcement was made on WYFF TV 4 (NBC – Greenville/ Spartanburg).

Smith is one of four candidates for this post who has already filed paperwork with the S.C. State Ethics Commission (SCSEC).  According to his latest campaign finance disclosure, he has raised over $87,000 (including a $50,000 loan) and has just under $80,000 on hand to spend on his race.

None of the other candidates who have filed paperwork – Keith Grounsell, Hobart Lewis or Robert Whately – have raised more than $10,000.

Others are likely to enter the race, although it remains to be seen whether any of them will be able to raise money in the amounts necessary to compete with Smith – who is running as a Republican despite his deep Democratic roots (expect to hear more about those in future posts).

Meanwhile, a wild card continues to remain the status of the criminal case against Lewis – which is being managed by the office of S.C. sixteenth circuit solicitor Kevin Brackett.

Back in April, Lewis was indicted on misconduct in office and obstruction of justice charges stemming from a sex/ corruption scandal which unfolded exclusively on our pages.  Last month, attorneys reached a settlement in a civil case brought against him (and Greenville County taxpayers) by Savannah Nabors – a former county sheriff’s office employee.

Nabors has dropped some seismic bombshells on Lewis – accusing the embattled lawman of stalking, drugging and raping her during her brief tenure as an employee in his office.

Several of those claims remain under investigation, while Nabors has reportedly been the focus of some investigative attention as well …

Anyway, last fall this news outlet urged Lewis to resign his office.  Thus far he has refused to do so.

Got something you’d like to say in response to one of our stories? Please feel free to submit your own guest column or letter to the editor via-email HERE. Got a tip for us? CLICK HERE. Got a technical question or a glitch to report? CLICK HERE. Want to support what we’re doing? SUBSCRIBE HERE.
Banner: A.T. Smith for Sheriff