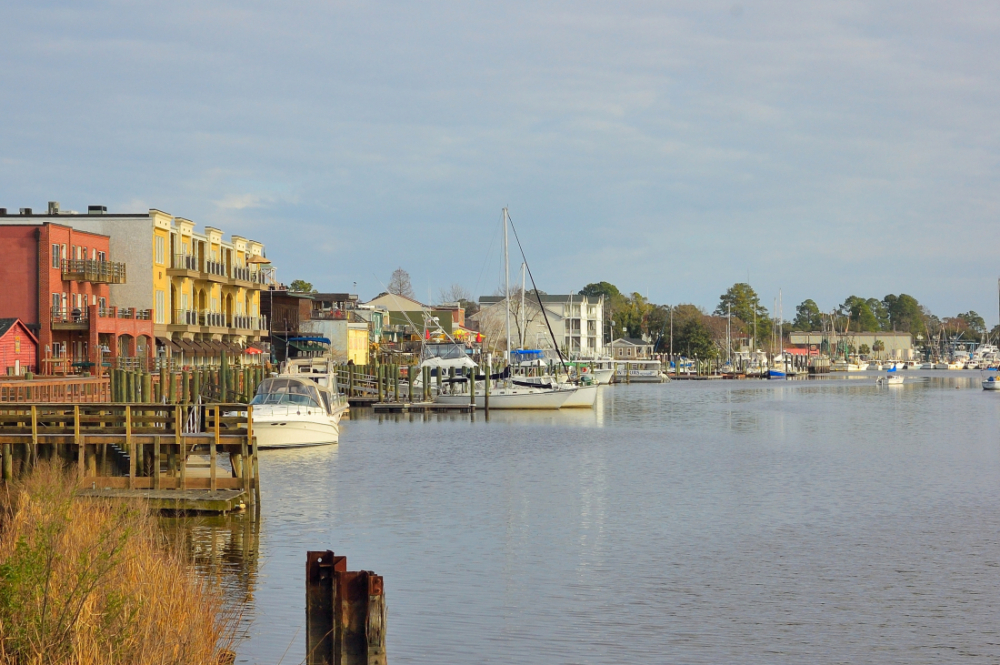 A required student ballot in Georgetown County, South Carolina has several local parents concerned … although officials insist there was nothing nefarious about the data collected.

On Monday – the day before the real election – thousands of students in the Georgetown County school district were required to participate in a mock election using a Google documents survey.

After students inputted their name, grade level and the school they attended into the document, the survey then asked them to “vote” on the 2018 South Carolina gubernatorial election, the state superintendent of education’s race and to offer their views on two district-specific questions – one about make-up days and another about the school’s grading methods.

Is this a big deal?  It could be … depending on what the district does with the data it collected from this “exercise.”

First, here is a screenshot from the student ballot … 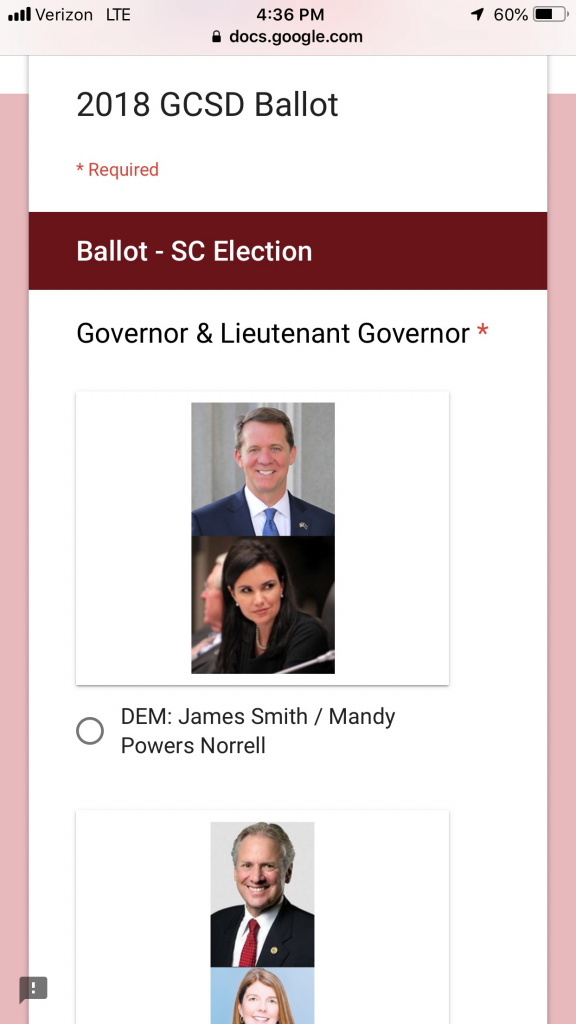 Ray White, public information officer for the district, told us this week the “sample ballot” exercise was purely educational.

“There were four questions on it – pretty generic – trying to get the kids used to the electoral process,” White said.

Parents aren’t sure about the ballot, though.  Several have expressed concern that data collected by the district from their children – without their knowledge or consent – could be used against them.

One local resident fretted over how the ballot was “pushed on students,” telling us their child was not given a choice as to whether they wanted to participate in the exercise.

“He was told he had to do it,” the parent told us.

That doesn’t sound very democratic, does it?

One of the first lessons kids should be taught about elections in a free country is that voting is not mandatory.  You don’t have to do it if you don’t want to.  We believe it is one’s civic duty to be educated about candidates and issues, but in a state in which there are so few competitive races where real power is centered – is it really something we should view as obligatory?

A good second lesson?  Real elections are anonymous, unlike this “sample ballot.”

One of our sources also noted that the collected data – which could easily be linked to household email address associated with the students’ names – could provide district officials (including elected school board members) with information about “voting trends of people in the county.”

“A lot of kids are just going to vote based on what they hear in their homes,” one concerned parent told us. “Now the district has that information – which is a very powerful tool.”

“The information’s not going to be – I think you asked if it was going to be stored or used for anything – nothing like that at all,” he said.

Maybe not … but it is not difficult to see why parents would be worried about this.

Our news outlet is a staunch critic of South Carolina’s worst-in-the-nation government-run school system, but ultimately we have no problem with schools teaching students about the electoral process.  It is absolutely something they should know about.  Unfortunately, we believe in this case that several important lessons were missed.  Badly.

Furthermore, we believe parents have every right to be concerned about the district collecting this sort of political information from their children – without their permission – and with how that information might be used for “non-educational” purposes.