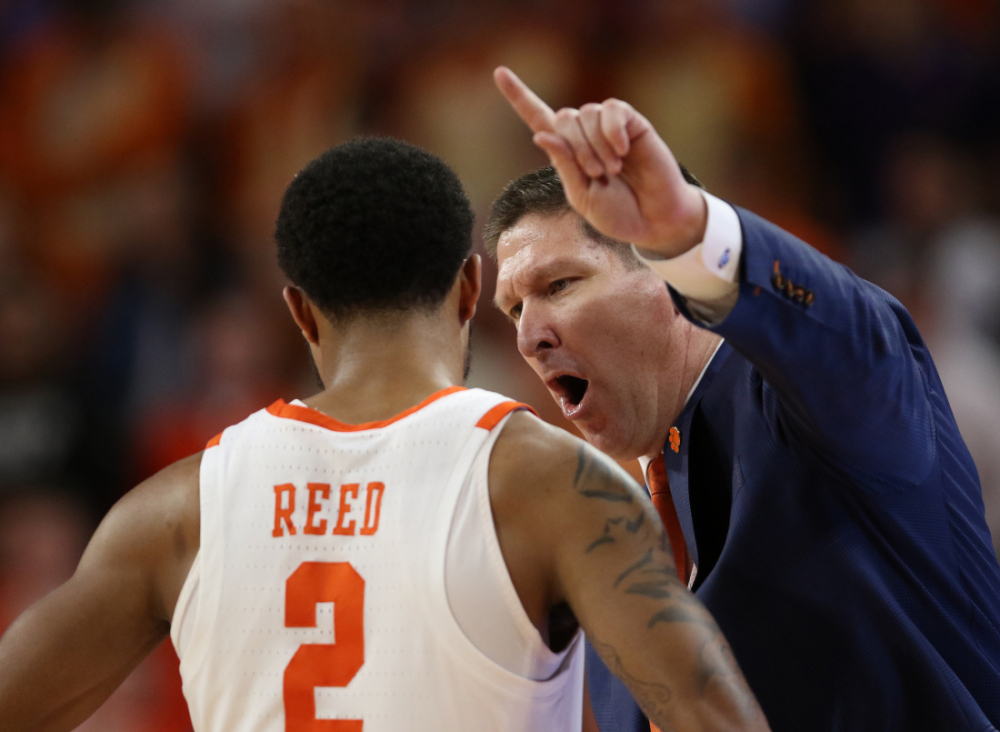 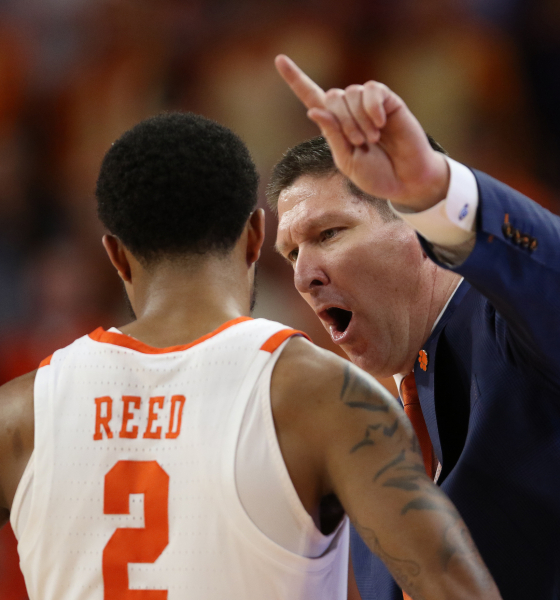 Clemson University’s nationally ranked men’s basketball kicked off its bid for another NCAA tournament appearance with a decisive 100-80 win over The Citadel on Tuesday night.

Head coach Brad Brownell – who nearly lost his job a year ago – won his 150th game as Clemson’s head coach, good for third all-time among Tiger coaches.  Meanwhile Clemson (1-0, 0-0 ACC) won its 34th consecutive season opener and reached the 100-point mark for the first time in a decade.

The last time Clemson put up triple digits on an opponent was November 23, 2009, when the Tigers downed Winthrop 102-66.

“I’m blessed to still be at Clemson and enjoy coaching here,” Brownell said.  “To win 150 games, you know, I’ve had a lot of really good players and coaches that are really the reason that that happens. I’m excited that I’ve been here to do that and hope to get 150 more.”

So did sophomore Clyde Trapp – who contributed a career-high 13 points off the bench.

Clemson has two days off before welcoming North Carolina Central to town.  That game will tip off Friday at 7:00 p.m. EST from Littlejohn Coliseum.

Eventually, Clemson will have to dive into its ACC schedule – which is loaded with nationally ranked opponents.

The nation’s top hoops conference landed six teams in the Top 25 in addition to Clemson – No. 4 Duke, No. 5 Virginia, No. 8 North Carolina, No. 15 Virginia Tech, No. 16 Syracuse, No. 17 Florida State.  The Tigers must play all of them.  In fact, they have to play Syracuse and Florida State twice.

Clemson posted a school-record 11 wins against ACC opponents last season en route to its first NCAA appearance since 2011, Brownell’s first year in Tiger Town.  There, the Tigers reached the Sweet Sixteen before falling to Kansas.