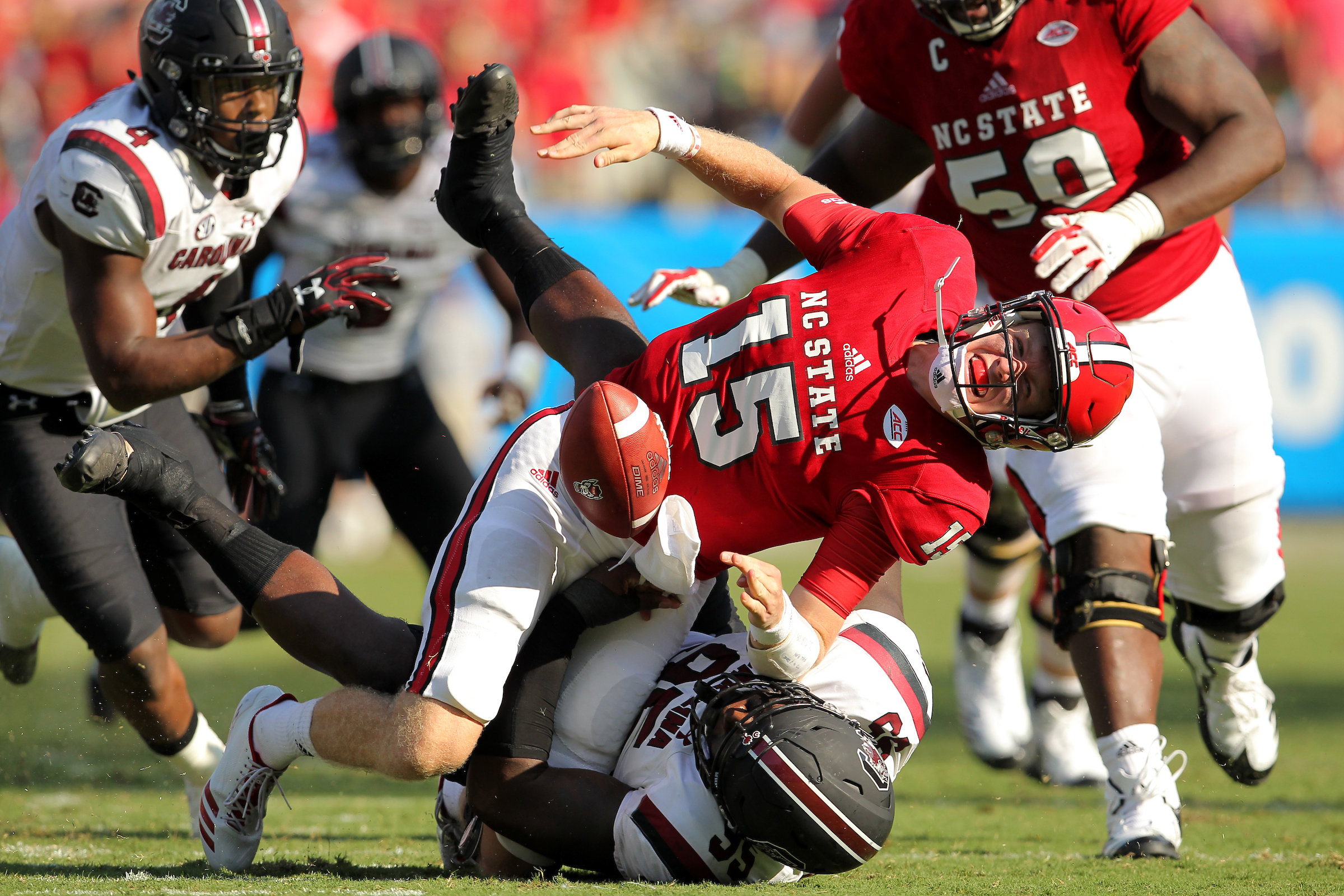 Two football programs struggling to escape the gravitational pull of historic mediocrity agreed to face off against each other again … just not anytime soon. The University of South Carolina will play a home-and-home series against NC State University in 2030 and 2031.

The first game of the series – tentatively scheduled for Saturday, September 14, 2030 – will take place at Williams-Brice Stadium in Columbia, S.C. The second match-up will be held at Carter-Finley Stadium in Raleigh, N.C. on Saturday, August 30, 2031.

Each program began playing football in 1892.

South Carolina enjoys a narrow 28-26-4 advantage in this rivalry, which was played continuously from 1923-1966 and again from 1968-1991, the year before South Carolina joined the Southeastern Conference (SEC).


Deebo Samuel – now a star wideout with the San Francisco 49ers – opened that game with a thrilling 97-yard kickoff return that would prove to be the decisive points in the contest.

That game was played in Charlotte, N.C. – the only time the series has ever been contested on a neutral field. South Carolina enjoys a 19-9-1 edge in home games against NC State, while the Wolfpack are 17-8-3 in games played on their home turf.

NC State is in its eighth season under head coach Dave Doeren, who has posted a 51-44 mark including a 3-2 record in bowls. The Wolfpack (4-2) were ranked No. 23 nationally heading into last weekend’s loss against in-state rival North Carolina.

South Carolina is in its fifth season under Will Muschamp, who has posted a disappointing 28-28 record as the Gamecocks’ head coach. South Carolina has not been nationally ranked since September of 2018 – when the program briefly appeared in the AP Top 25 at No. 24 prior to getting shellacked at home by Georgia.