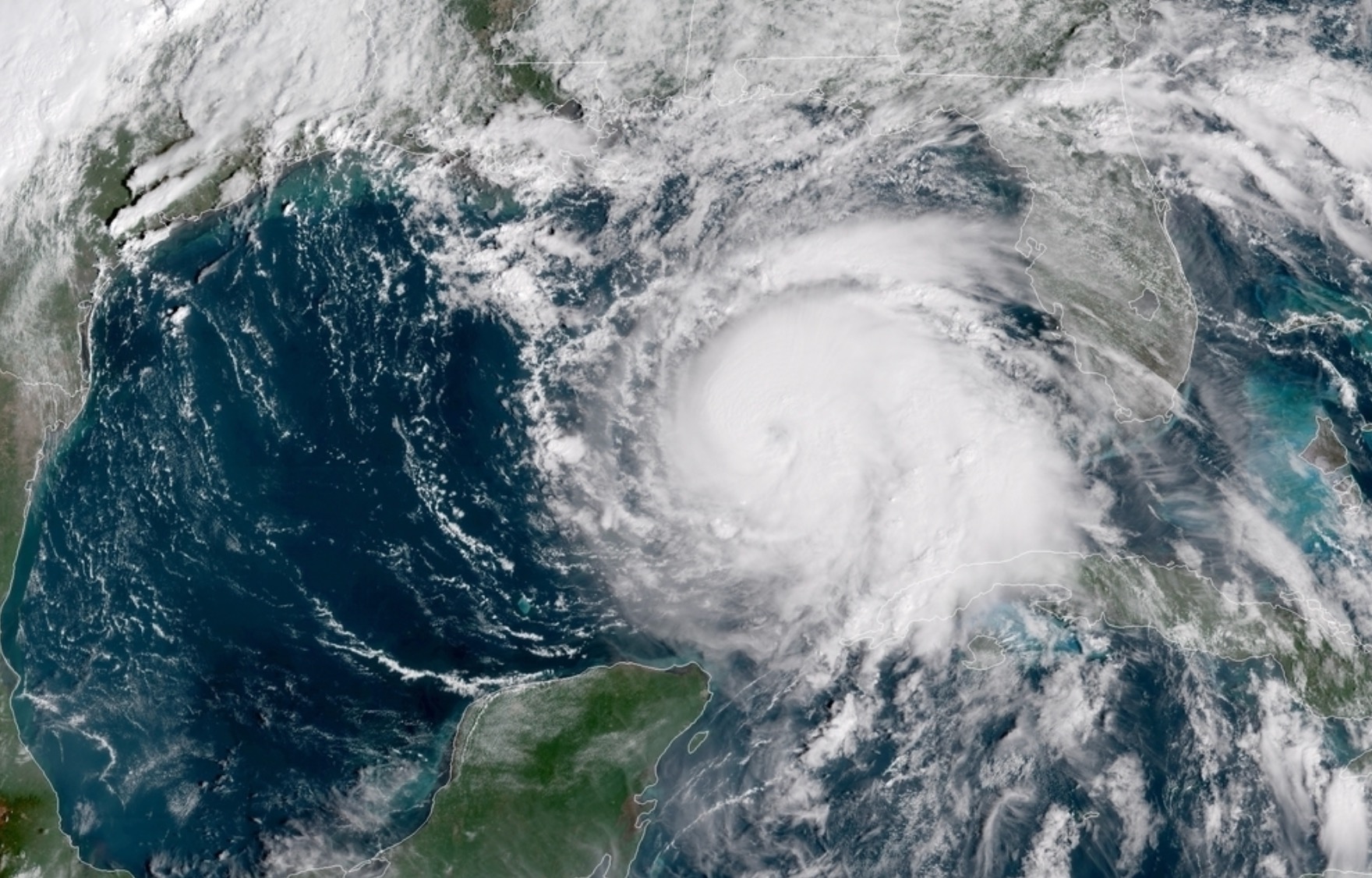 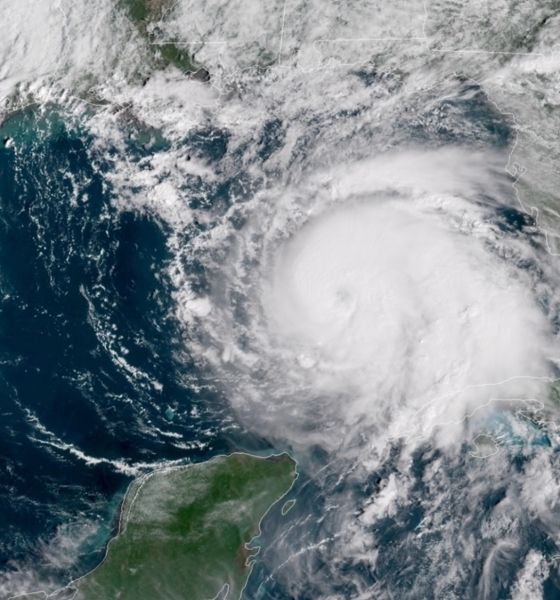 Major hurricane forecast to gain additional strength prior to impact …

Hurricane Michael – a monster storm that literally came out of nowhere – is now a category three hurricane threatening to do massive damage to the American mainland.

Scarcely 72 hours after its formation, this late-season tropical system has achieved major hurricane status as it bears down on the coast of Florida.

As of the latest 4:00 p.m. CDT advisory from the National Hurricane Center (NHC) in Miami, the center of Michael’s well-defined circulation is located 295 miles south of Panama City, Florida.  It is moving north (350 degrees) at around 12 miles per hour, packing maximum sustained winds of 120 miles per hour.

“A northward motion is expected through tonight, followed by a northeastward motion on Wednesday and Thursday,” NHC analysts predicted. “On the forecast track, the center of Michael will move across the eastern Gulf of Mexico through tonight. The center of Michael is then expected to move inland over the Florida Panhandle or Florida Big Bend area on Wednesday, and then move northeastward across the southeastern United States Wednesday night and Thursday, and move off the Mid-Atlantic coast away from the United States on Friday.”

Additional strengthening is projected over the next twenty-four hours, with Michael “forecast to be a major hurricane at landfall in Florida.” 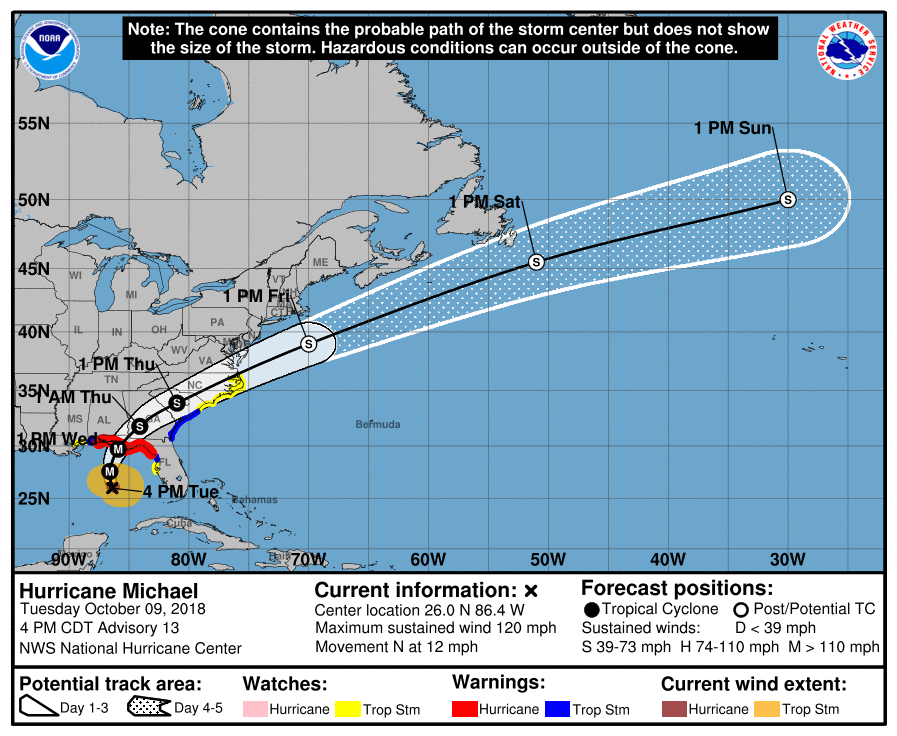 “This storm is DEADLY,” Florida governor Rick Scott warned.  “It is critical that you listen to local news for reports and warnings from local and state officials as Hurricane Michael approaches.”

Storm surges of between nine and thirteen feet are currently projected for the gulf coast between Mexico Beach, Florida (just south of Panama City on the Panhandle) and Keaton Beach on Florida’s Big Bend.

“Hurricane Michael is forecast to be the most destructive storm to hit the Florida panhandle in decades,” Scott added.  “It will be life-threatening and extremely dangerous. You cannot hide from this storm. You can rebuild your home, you cannot rebuild your life.” 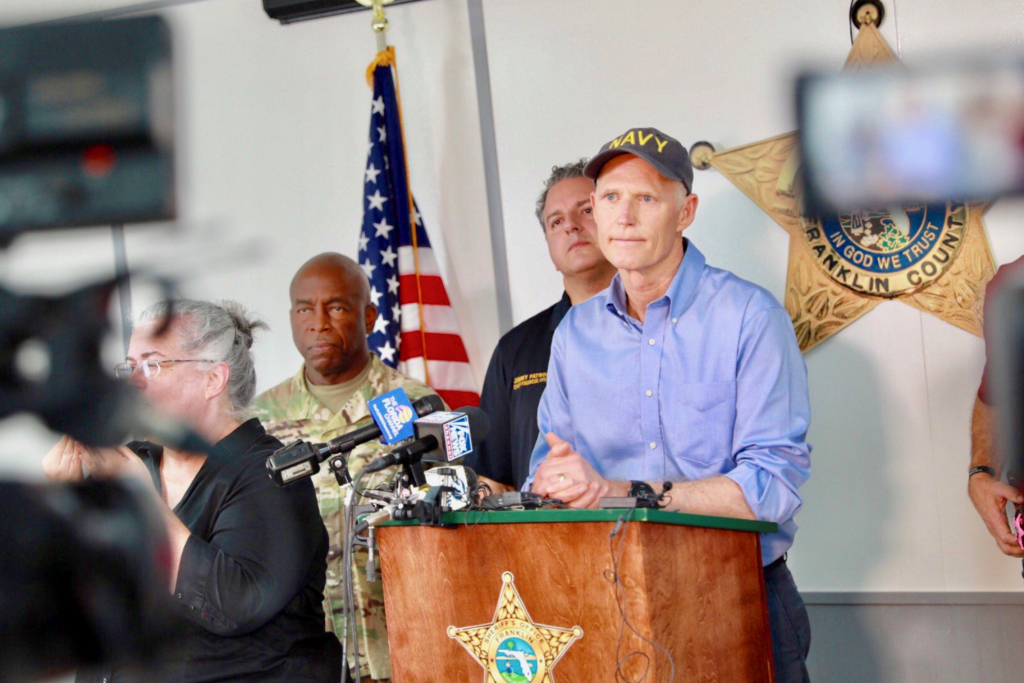 Scott (above) has already activated 2,500 Florida National Guard troops with another 2,500 on standby.  Meanwhile 350 Florida Highway Patrol troopers have been dispatched to assist with storm preparations.

U.S. president Donald Trump approved a federal pre-landfall emergency declaration authorizing the Federal Emergency Management Agency (FEMA) to “coordinate all disaster relief efforts” and to “identify, mobilize, and provide at its discretion, equipment and resources necessary to alleviate the impacts of the emergency.”

“Please be prepared, be careful and be SAFE!” Trump tweeted.

“The state is mobilizing all available resources to ensure public safety ahead of Hurricane Michael,” Deal said. “In light of the storm’s forecasted track, I encourage Georgians in the affected counties to be prepared and remain vigilant. We will continue to monitor Hurricane Michael’s path and GEMA/HS is leading our preparedness efforts. We are also working with federal, state and local officials to provide public shelter and accommodate those evacuating from other states.  I ask all Georgians to join me in praying for the safety of our people and all those in the path of Hurricane Michael.”

In South Carolina, emergency management officials were continuing to monitor to the storm in anticipation of “heavy rain, gusty winds, possible tornadoes” and other hazards.

One major concern?  That another tropical inundation coming so soon after Hurricane Florence could cause already swollen rivers to flood again.  Florence dumped trillions of gallons of water on North and South Carolina.  The vast majority of that wetness fell in the Yadkin-Pee Dee river basin, resulting in historic flooding of several rivers in the Pee Dee and Grand Strand regions of the Palmetto State.

And here is a look at the latest wind projection data … 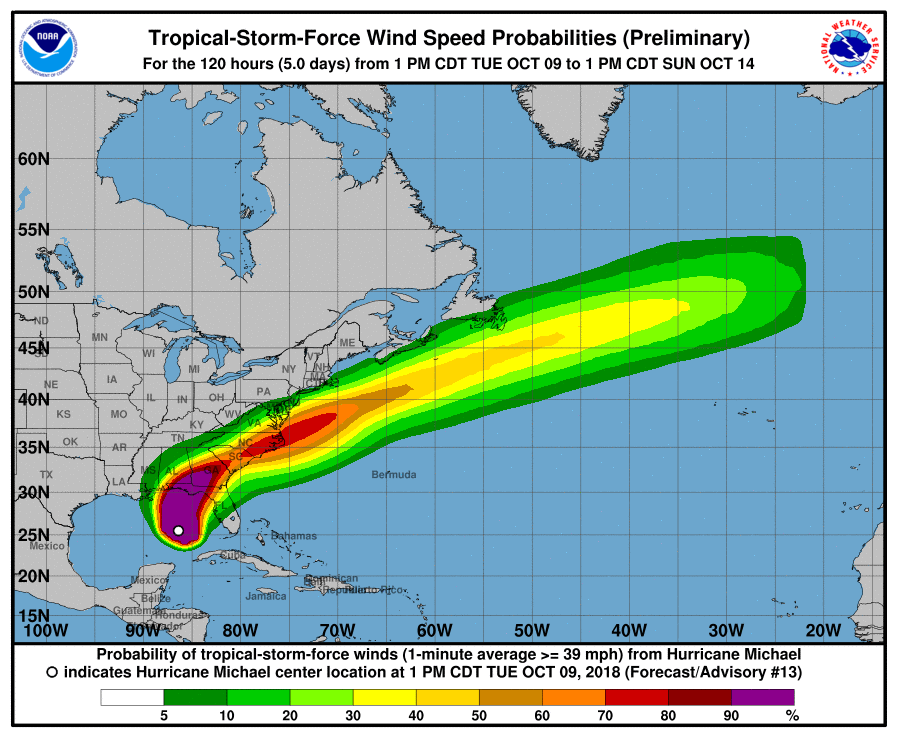 Obviously this news outlet will continue to closely monitor this storm as it makes its final approach toward the gulf coast and then turns northeast over land later this week.  We will also keep those in its path – particularly gulf coast residents – in our prayers as they stare down this most unexpected, rapidly intensifying system.