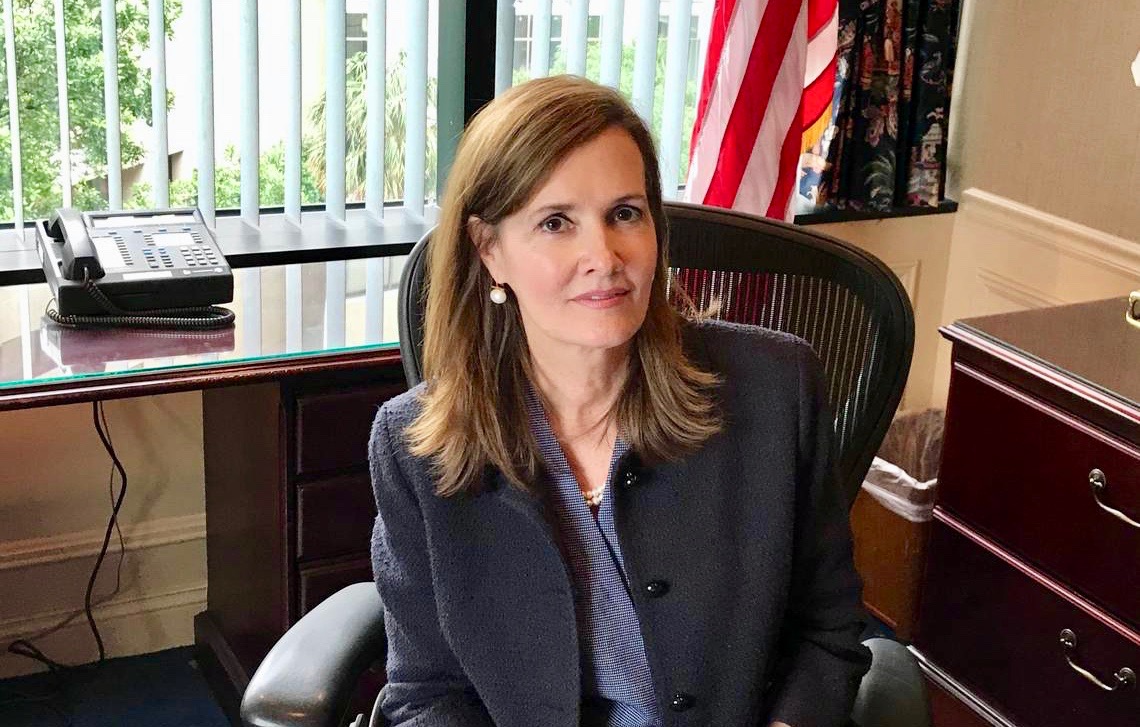 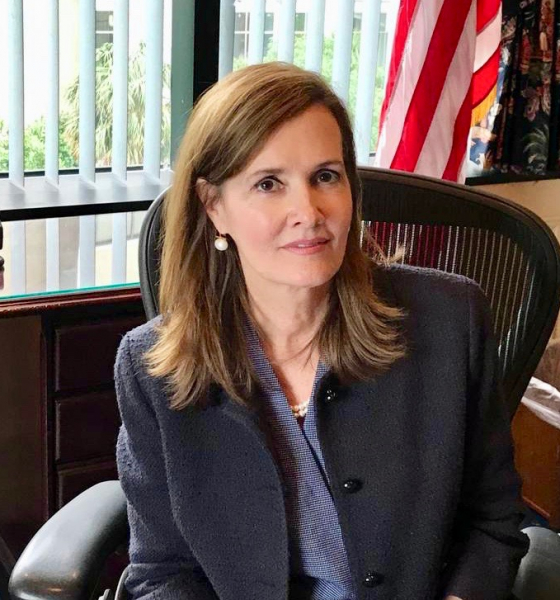 One of our favorite songs back in the mid-1990s was “Hey Man, Nice Shot” by industrial rock band Filter.  Widely (and inaccurately) presumed to be about the 1994 suicide of iconic grunge rocker Kurt Cobain, the song was actually written in homage to the 1987 death of Pennsylvania state treasurer Budd Dwyer.

With a lengthy federal prison sentence hanging over his head following his conviction on federal bribery charges, Dwyer shot himself in the mouth with a .357 Magnum revolver in the Pennsylvania state capital in Harrisburg on January 22, 1987.

Sometimes, we find ourselves wishing more corrupt politicians would follow Dwyer’s lead … although we do tend to have an Old Testament conception of justice.

Anyway, this song came to our minds yesterday while we were reviewing indictments handed down by a federal grand jury against suspended S.C. fifth circuit solicitor Dan Johnson.  It wasn’t Johnson we were thinking about, though, it was the woman who will be prosecuting him – new U.S. attorney Sherri Lydon.

“She brought the goods,” said one local lawyer who has tried cases with the former white collar defense attorney.

Indeed she did … and our hope is there is more where that came from.  A lot more.

It took forever for Lydon to receive her current appointment.  In fact, she didn’t assume office until May of 2018 – eight months after it became clear she was the frontrunner for the position.  Why the delay?  According to our sources, a proxy battle over her post raged for months within the administration of U.S. president Donald Trump – who ultimately settled the matter by nominating Lydon back in April.

In our many years of covering Palmetto politics, Lydon has proven to be an anomaly.

No one we have spoken with (and we speak with a lot of people) has ever uttered a cross word about her.  Ever.  Seriously, not one person.  Not one word.  At all.  One source did refer to her (momentarily) as “overly pious” once, however they quickly recanted this remark.

“I’m probably projecting (onto) her because everyone is always talking about how wonderful she is,” the source told us. “She probably isn’t pious at all.  I’m probably just jealous of her.”

“The U.S. attorney is the top federal prosecutor for the state of South Carolina,” we wrote just prior to her appointment.  “That’s a tremendously powerful office – and a tremendously necessary one given the rampant public corruption that exists in the Palmetto State.  That’s why we’ve been pushing for the better part of the past year for Trump to make his selection  – and to make it count.”

It looks as though he has done just that …

Obviously one high-profile case does not a crusader make … and Lydon will have to continue pressing the pedal to the floor if she is to live up to her potential (and all of those wonderful things everyone keeps saying about her).

Justice is very much a “what have you done for us, lately” business … and as we have repeatedly pointed out, when it comes to public corruption in the Palmetto State, “throw a rock in the air and you’ll hit someone guilty.”

Lydon should have no shortage of targets, in other words … and with an office of more than 110 staffers (including fifty-five assistant U.S. attorneys), she should have all the resources she needs to drop hammers left and right on deserving heads.

Lydon also knows these ropes exceedingly well – both as a defense attorney and as a prosecutor.  A former assistant U.S. attorney and later the chief of the statewide grand jury, Lydon was one of the lead prosecutors in Operation Lost Trust – the last major criminal corruption scandal to hit the S.C. General Assembly.  She was also the lead prosecutor in the Carolina Investors and Homegold investment debacle that rocked the Palmetto State back in 2003.  More than 12,000 South Carolinians – most of them from the Palmetto Upstate – lost an estimated $278 million in connection with that case.

Big cases are looming, too … including a #NukeGate investigation that has the potential to be the most significant public corruption case South Carolina has ever seen.

That prosecution will certainly test Lydon and her office …

Bottom line?  While it is far too early to say whether all of the advance praise Lydon is receiving will translate into an effective term as U.S. attorney, she is off to a very good start.

Got something you’d like to say in response to one of our stories? Please feel free to submit your own guest column or letter to the editor via-email HERE. Got a tip for us? CLICK HERE. Got a technical question or a glitch to report? CLICK HERE. Want to support what we’re doing? SUBSCRIBE HERE.
Banner: U.S. Attorney’s Office