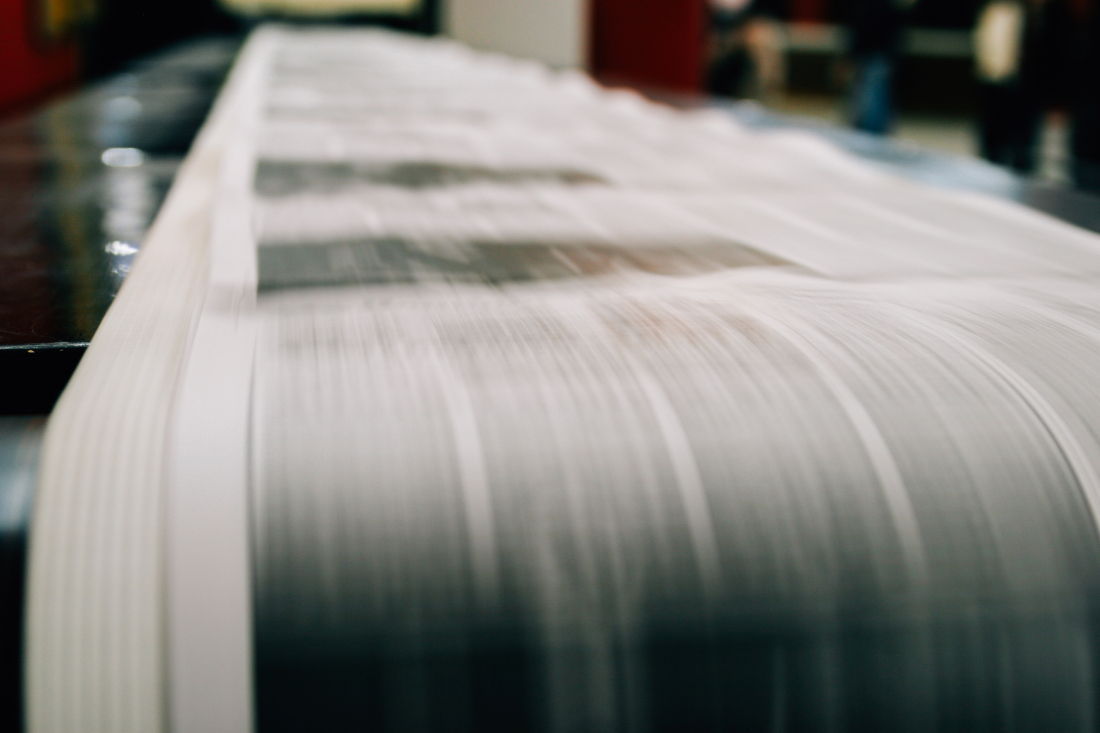 Congratulations, Phil Cheney.  You finally got some coverage for your South Carolina gubernatorial campaign.

The independent gubernatorial candidate from Fair Play, S.C. – whose name will not appear on the 2018 ballot in the Palmetto State – is threatening to file a “precedent-setting legal action” against Sacramento, California-based McClatchy over the lack of coverage his campaign is receiving from the conglomerate’s South Carolina-based newspapers.

A statement from Cheney’s campaign indicated he will file his suit against McClatchy “in the event that media corporations continue suppression of information about his write-in candidacy for governor of South Carolina.”

“The anticipated argument will focus on the issue of freedom of the press in an age where a corporation may own many newspapers in the same state,” Cheney said.  “Since corporations are now people according to the U.S. Supreme Court, it appears that a court might view my suit favorably.”

Really?  We highly doubt that … but Cheney is certainly welcome to make his case.

The former librarian said his envisioned lawsuit would seek $848,000 in damages – which is equivalent to the salary of two, full four-year terms as governor of South Carolina – as well as attorneys fees and court costs.  He is also threatening to subpoena several former McClatchy employees in connection with the lawsuit.

Two weeks ago, Cheney said he was considering naming one of those employees – former associate editor Cindi Ross Scoppe of The (Columbia, S.C.) State – as his running mate in 2018.  Scoppe quickly responded that she was not interested in the offer, however.

Scoppe was laid off by The State last month as part of the latest purge at McClatchy, which has struggled to navigate a changing media landscape.

So … what sort of evidence does Cheney have for the alleged “suppression of information” about his candidacy?

“In 2017, an editor of a McClatchy-owned newspaper flatly refused to cover my write-in candidacy in the special election in South Carolina’s fifth congressional district, calling it ‘fake news’ to my face,” Cheney said.  “The same individual has continued his refusal to cover my campaign for governor this year.”

According to Cheney, he will file his suit outside of South Carolina because “the election of all judges by the (S.C. General Assembly) makes a fair hearing on the issues of this case impossible.”

Including The State, McClatchy owns five newspapers in the Palmetto State.  The others are The (Myrtle Beach) Sun News, The (Rock Hill) Herald, The (Hilton Head) Island Packet and The (Beaufort) Gazette, although the Gazette is basically a bureau of the Packet.  The conglomerate also owns The Charlotte Observer, which has a large South Carolina audience.

Cheney is the lieutenant commander of a local Sons of Confederate Veterans (SCV) camp.  The SCV is a national organization comprised of the descendants of soldiers who served in the Confederate Army during the War Between the States from 1861 to 1865.

Prior to this article, we have covered his campaign once before – when he issued a statement last fall demanding the enforcement of the 2000 Heritage Act, which was the vehicle by which Confederate flags were removed from the dome of the S.C. State House and the chambers of the S.C. General Assembly as part of a bipartisan, bi-racial compromise.  In the late spring of 2015, this law was amended to allow lawmakers to remove the Confederate flag from the north lawn of the S.C. State House – where it had been placed following the 2000 compromise.

This was a one-time exception, though, and powerful Speaker of the House Jay Lucas made it clear at the time he would abide no further historical sanitization.  We supported Lucas’ position on that issue, incidentally.

As for Cheney?  We have no issue with the man – and we respect his right to pursue his campaign as he sees fit.

We find his threatened lawsuit ridiculous, however, although it did succeed in getting us to cover his candidacy … which we suspect may have been his point.  Had Cheney mustered the 10,000 verified signatures required to appear on the ballot in South Carolina as a petition candidate – and been certified as appearing on the November 2018 ballot – then we might have seen some marginal merit to this action.

More fundamentally, our conception of freedom of the press includes the right of media outlets not to cover certain issues or candidates based on the individual outlet’s editorial policy/ marketplace goals.   From our perspective more coverage is always better, but such determinations must be driven by market forces – not government mandates.

The McGills: Star Witness Opens Up