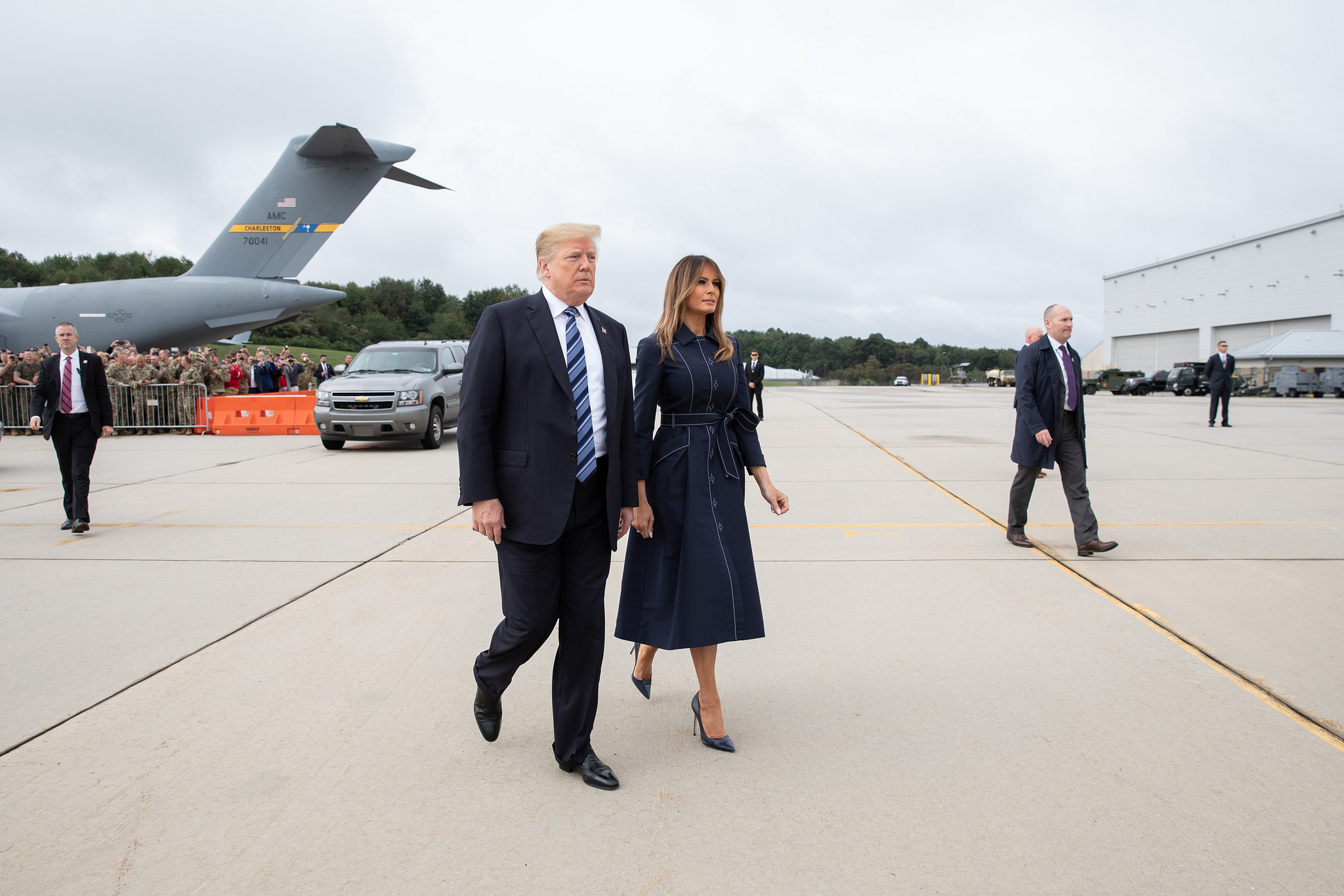 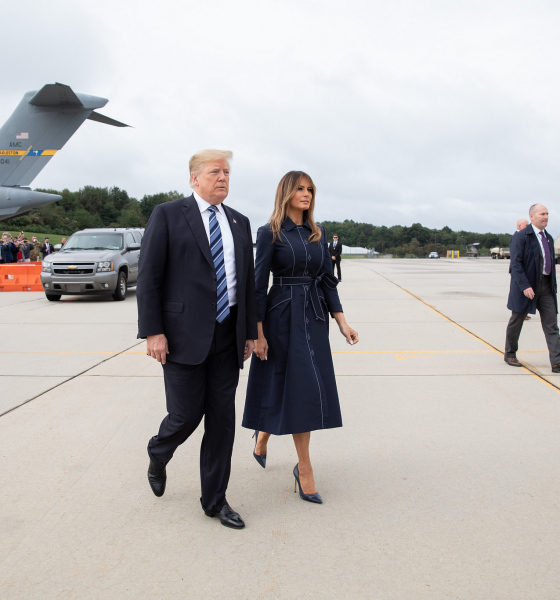 by ROBERT ROMANO || You got to give former President Barack Obama credit, at least he’s consistent.

When he came into office, the economy was in a deep recession that began when financial markets crashed in 2008, and, he said, he was blameless for the eight million job losses that occurred, even as they continued into 2009 and the unemployment rate kept rising through 2010.

But after that, he deserves all the credit, apparently.  Speaking to a crowd at the University of Illinois earlier this month Obama bragged, “[W]hen you hear how the economy is doing right now, let’s just remember when this recovery started. I’m glad it’s continued, but when you hear about this ‘economic miracle’ that’s been going on when the job numbers come out…”

To be fair, the number people with jobs did increase after 2010 substantially when the worst of the recession was over at a rate of a little more than 2 million a year, about what it is right now. That’s the point Obama wants to make. But here’s what he doesn’t want to hear. It wasn’t good enough — by a long shot. 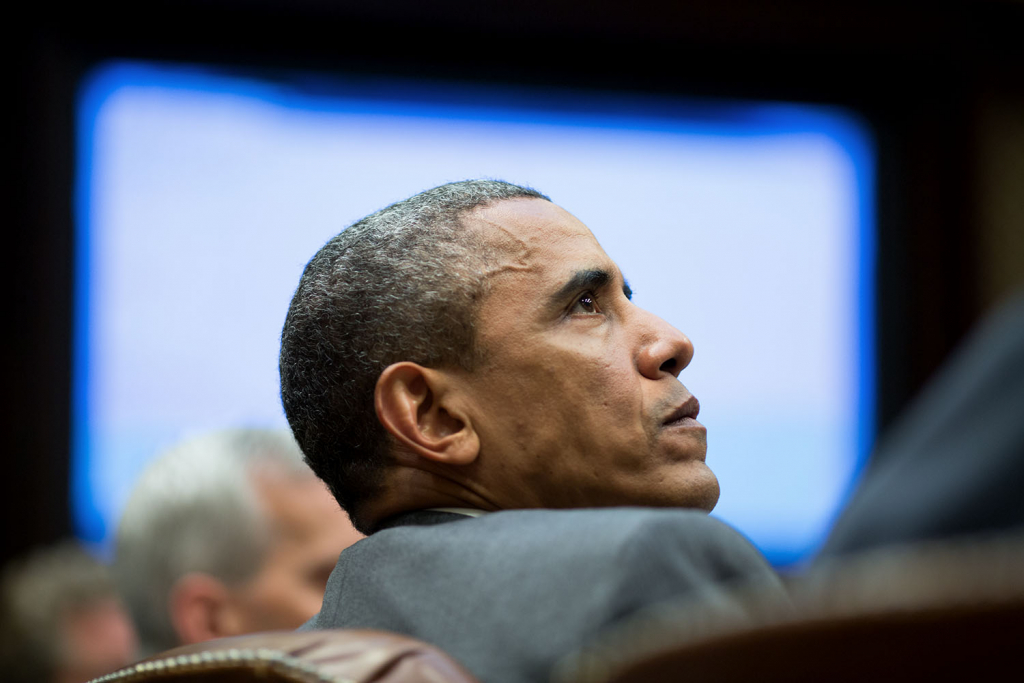 During Obama’s tenure in office, the economy never grew above 3 percent, a number not seen since 2005. It wasn’t a robust recovery.

Labor participation among 16-to 64-year-olds continued to drop significantly seven out of Obama’s eight years in office, as working age adults found it harder to find work and enter the economy, representing millions of people who lost opportunity from 2009 to 2016.

Which is little wonder. The $800 billion stimulus was not aimed at boosting labor participation.

Obamacare and Dodd-Frank did nothing to get working age adults back in the labor force. 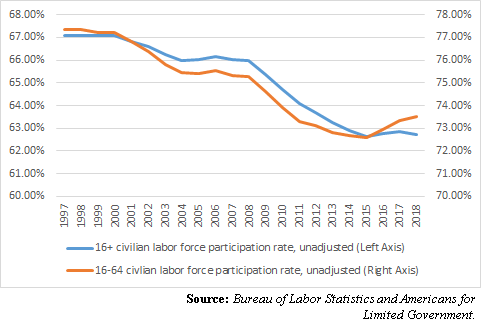 The continued outsourcing of American jobs overseas and supporting massive one-sided trade deals like the Trans-Pacific Partnership was not designed to bring production and jobs back to the U.S.

It wasn’t merely the poor economic numbers that we saw during the Obama administration, it was the policies that were implemented that did so little to make things better for working age adults.

But now that the economy is turning a corner, with 4.2 percent growth annualized in the second quarter and the possibility of the first year above 3 percent growth since 2005, labor participation among working age adults is rising, Obama wants the credit.

After all, in Obama’s eyes, his economic record did not begin until the economy had completely cratered. So, from that same partisan lens, naturally, President Donald Trump won’t earn any credit for the current upswing.

Of course, the moment it goes sour, in Obama’s eyes, Trump will likely warrant any and all blame when the business cycle does run its course. It’s convenient.

But it also shows a tremendous lack of leadership.

How about taking responsibility for the economy and doing those things that will get Americans back into the labor force and boost growth?

Grow or not, President Trump will be held accountable to the state of the economy come 2020 when he stands for reelection. That’s how voters are going to decide. If he’s going to get the blame if it goes down, then he should get credit when it goes up.

One of the reasons President Trump did so well in 2016, particularly in the Rust Belt states that have been decimated by globalization, bad trade deals and outsourcing, was because of Obama and Hillary Clinton ignoring the plight of blue-collar workers. They kept passing the buck, and they paid dearly for it in 2016.

Trump’s economic message, particularly on trade, resonated with conservative and union households alike, much to Democrats’ chagrin. Now, with the combination of tax cuts, deregulation and the push for better trade deals, the economy stands a real chance of growing above 3 percent for the first time in 13 years. We’re not there yet, but we’re on the right track.

The next go around, in 2020, it will matter quite little what Obama or Trump or any politicians says. Actions will speak louder than words, and results will speak the loudest of all.

To the extent President Trump succeeds, economic growth accelerates and jobs are boosted along with labor participation, 2020 will take care of itself. It will tell us whether or not Trump gets four more years. For better or for worse, Trump owns this economy. That’s the real accountability the American people deserve and expect from their current leaders, not political diatribes from former presidents hoping to rewrite their legacies.