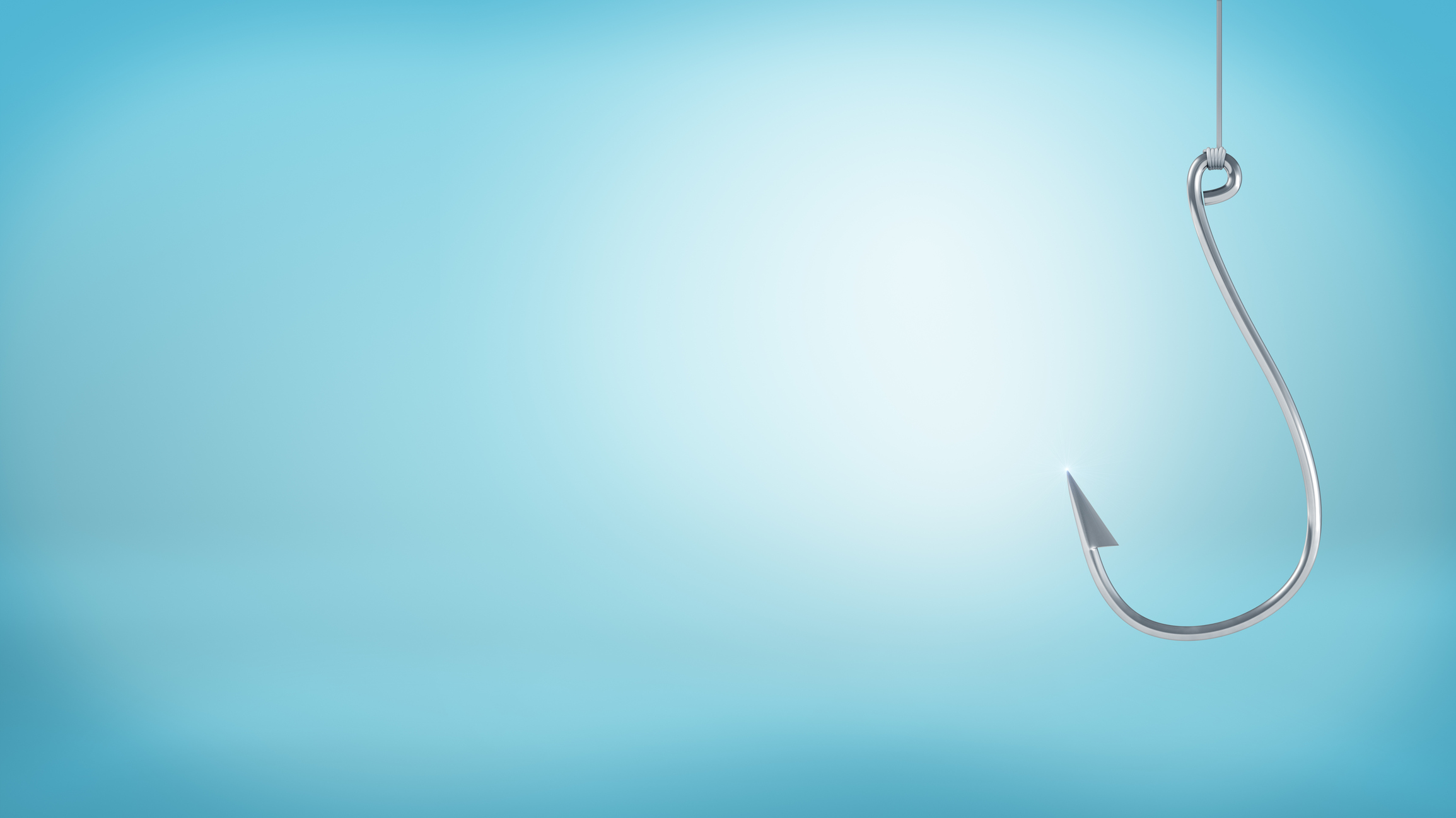 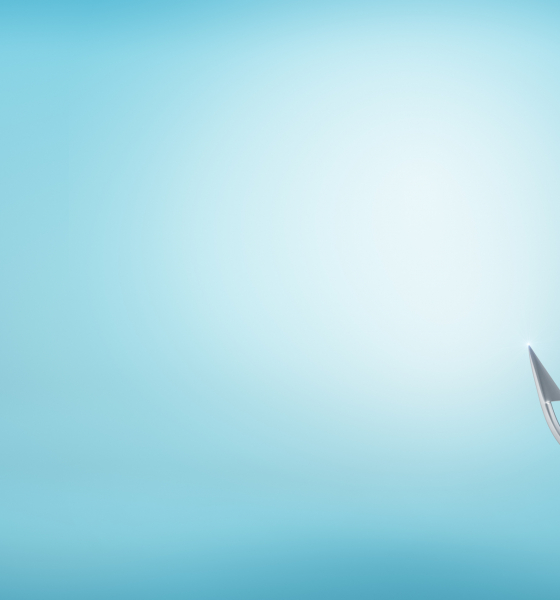 In our very first article on Hurricane Florence five days ago, we noted that storms like this are “definitionally unpredictable.”

That’s never been more true than with regard to this system, which has undergone a dramatic forecast shift over the last 24 hours.  And a dangerous shift if you are a resident of South Carolina.

Early Tuesday, we published this article on how Florence had drawn a bead on North Carolina – and was likely to slam into its coast somewhere north of Wilmington.  From there, the storm was supposed to hover over the Tar Heel State – sort of like Hurricane Harvey hovered over the Houston area last year bringing unprecedented rainfall and flooding to the area.

As you can see from the latest official forecast track from the National Hurricane Center (NHC) in Miami, Florida … things have changed.  Significantly.  On a dime.  The so-called “fish hook” theory we were tweeting about yesterday has taken hold, with models now calling for Florence to slam on the brakes as soon as she arrives at the North Carolina coast.  From there, current models have the storm embarking on a slow “fish hook” path through the middle of the Palmetto State.

Such a pattern could conceivably produce a major hurricane landfall in or around Myrtle Beach, S.C. as well as the sort of deluge the state experienced during the 2015 #Floodmaggedon disaster.

Which would be absolutely devastating. 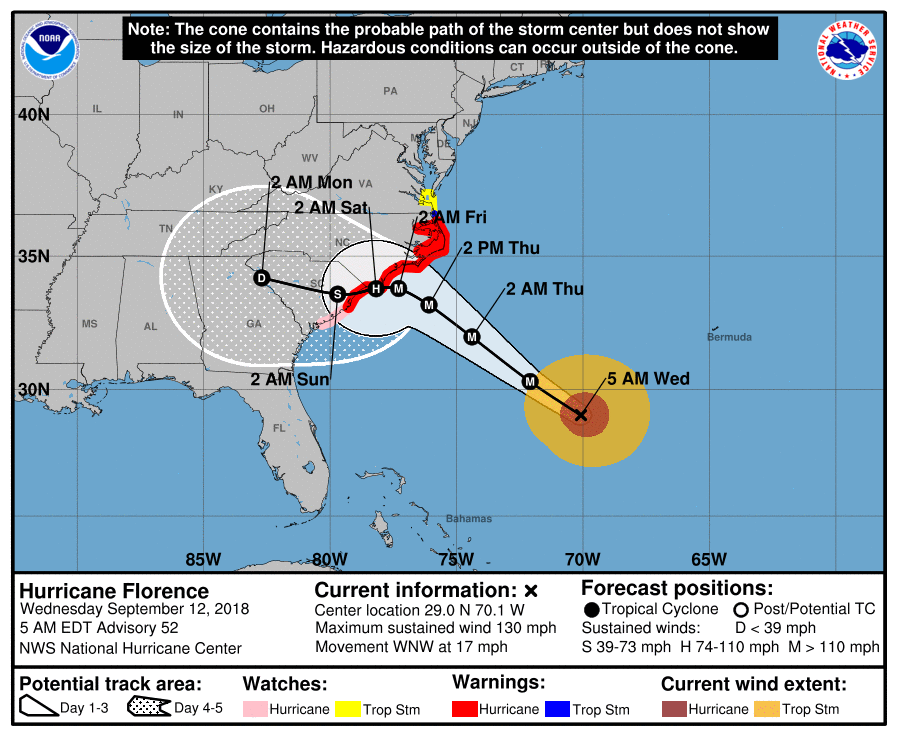 Just how serious is this emerging “fish hook” forecast track for the Palmetto State?  Very …

“A life-threatening storm surge is now highly likely along portions of the coastlines of South Carolina and North Carolina,” NHC officials warned.  “Life-threatening, catastrophic flash flooding and significant river flooding is likely over portions of the Carolinas and Mid-Atlantic states from late this week into early next week, as Florence is expected to slow down as it approaches the coast and moves inland.”

The latest NHC update also warned that “damaging hurricane-force winds are likely along portions of the coasts of South Carolina and North Carolina” and that “strong winds could also spread inland into portions of the Carolinas.”

Here is the latest wind forecast … 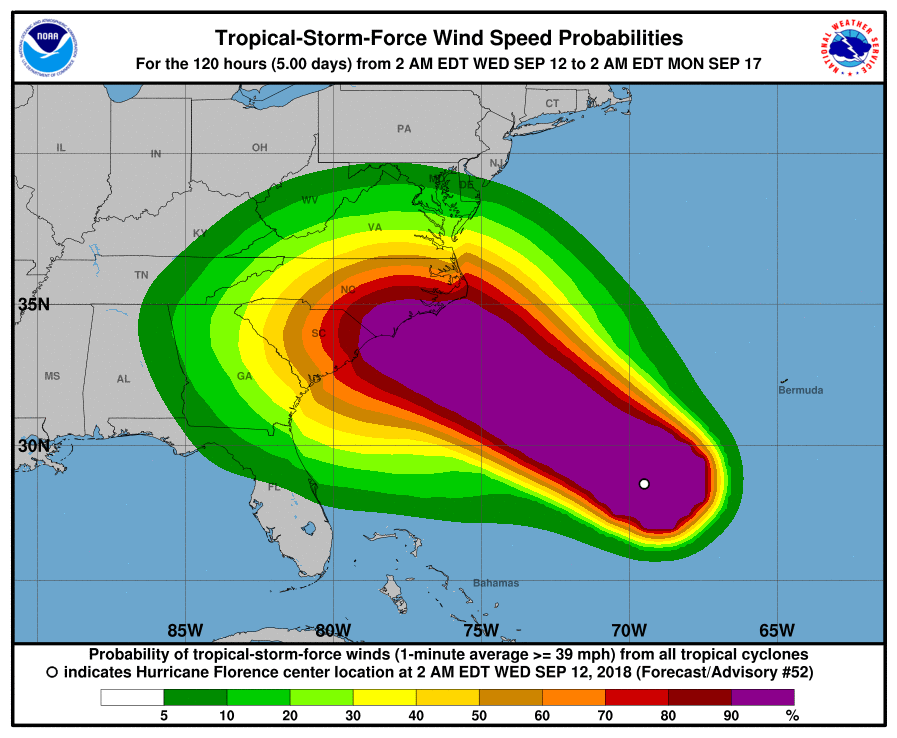 And here is the latest rainfall forecast …

“If you are in a zone that’s under a mandatory evacuation order, you should leave immediately,” officials with the S.C. Emergency Management Division (SCEMD) tweeted.

As we continue to track this system, uncertainty remains the watchword.

“Right now, all we know for sure is that it is going to slow down,” one state official closely monitoring the system told us.  “All of the models are in agreement on that.”

And after it slows down?

That is the multi-billion dollar question … although the official told us to be leery of putting too much faith in any one forecast track.

Stay tuned.  This news site will continue to provide our readers with updates on this dangerous system as it approaches the Carolinas and begins to impact our area.  And if today’s forecast from the NHC is anywhere near as volatile as yesterday’s, we would urge our readers to buckle up for a wild ride.