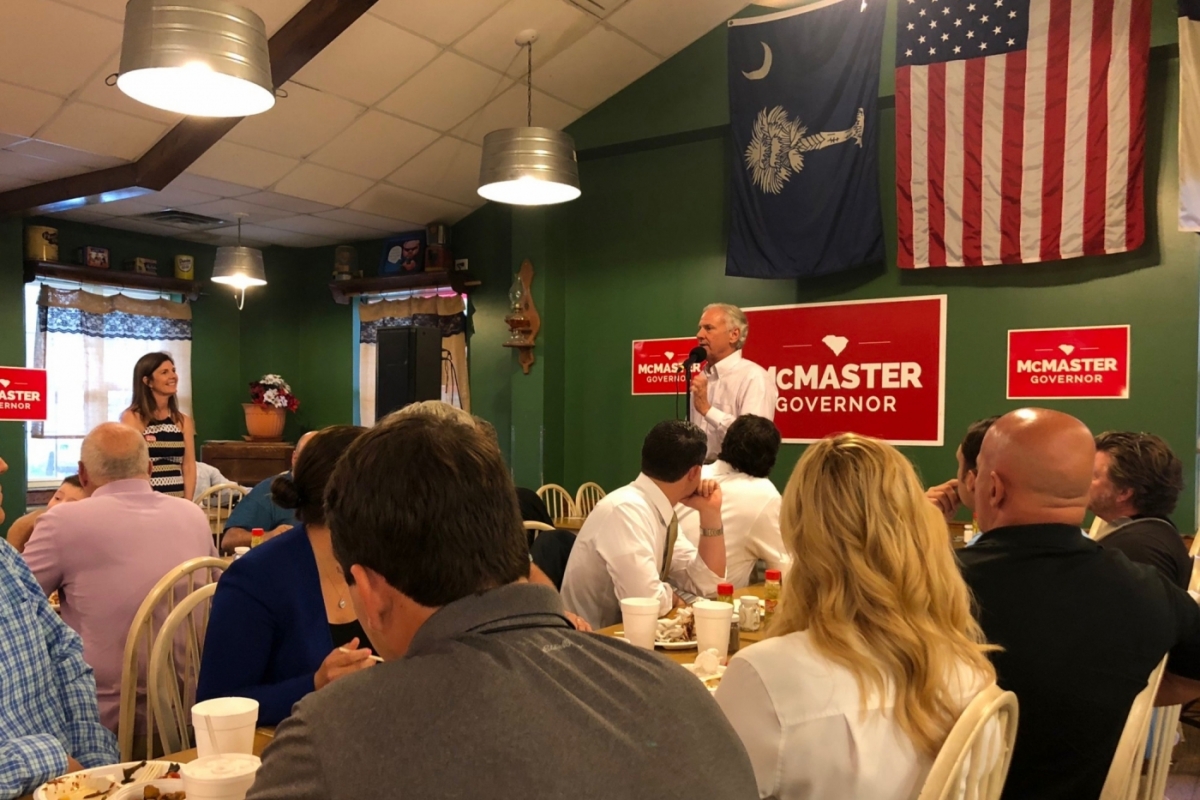 To hear incumbent “Republican” governor Henry McMaster tell it, South Carolina is on a winning streak …

“You don’t fire the coach and put in a rookie when your team is winning,” the career politician has said repeatedly over the last few weeks. “You give that coach a new contract and you keep winning.”

Seriously?  Is this the reelection campaign of Pappy O’Daniel?

(No … that’s giving McMaster’s advisors too much credit).

There’s just one problem with the incumbent’s oft-repeated slogan: South Carolina is not winning.

Certainly not when it comes to jobs …

McMaster brags about creating 20,000 jobs over the past year-and-a-half … and bringing in $6 billion in new capital investment.

It is true that the number of South Carolinians who are part of the Palmetto State’s workforce has expanded under McMaster.  In fact, he is very close to hitting that number right on the button.  According to the latest data from the U.S. Bureau of Labor Statistics (BLS), South Carolina’s workforce has grown by 18,374 people since McMaster took office last January – just shy of his 20,000 claim.

The problem?  The state’s working age population has also expanded over the same time period – by 70,387 people.

In other words, South Carolina’s workforce has grown at roughly one quarter the rate of its working age population since McMaster became governor sixteen months ago.

That’s simply not fast enough … especially for a state already struggling to keep pace when it comes to this critical economic metric.

Now … how does McMaster’s jobs record compare to that of former governor Nikki Haley?  Not well …

According to BLS data, the state’s workforce expanded by 140,955 people during Haley’s six-year reign – an average of 23,500 per year – however its working age population grew more than twice as fast over the same period, expanding by 307,507.

Either of those outcomes is inexcusable given South Carolina’s abysmally low historical labor participation … however the Palmetto State has seen its position deteriorate further and faster under McMaster than it did under Haley.  Labor participation has shrunk by 0.5 percent since McMaster took office last January – hitting its lowest mark on record in April (the latest month for which data is available).

Meanwhile, since last August South Carolina has had the sixth-lowest labor participation rate in America – trailing only Alabama, Arkansas, New Mexico, Mississippi and West Virginia.  Under Haley, this rate was consistently eighth-lowest nationally.

Again.  McMaster is taking us from bad to worse on the jobs front …

Luckily for the fiscally liberal incumbent, most South Carolinians aren’t going to bother to check his “jobs math.”  They will continue to fall for the same old lines about the Palmetto State’s “low unemployment rate” – unaware this metric is essentially meaningless as an indicator of the broader health of the state’s labor market.

#SC2018: Catherine Templeton Shoots Her Way Back Into Contention