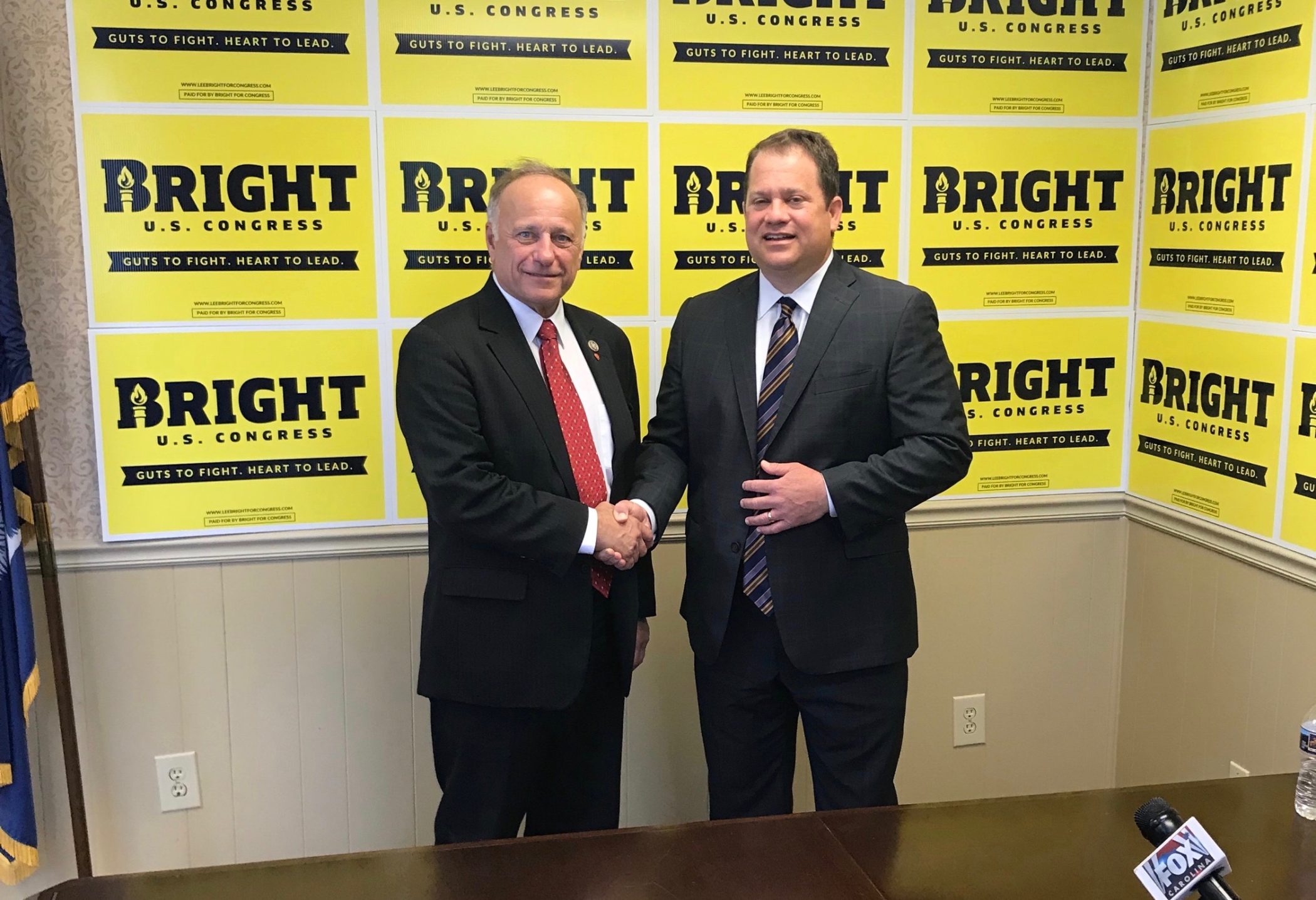 Last week it was Steve King of Iowa (above) backing Bright.  This week it’s Thomas Massie of Kentucky.

“Lee Bright is a true constitutional conservative,” Massie said. “He’ll be a strong asset to South Carolina and to our country when he’s elected to Congress.  Many politicians talk a good game during elections, but Lee has demonstrated he has the guts to do what is needed when others have remained quiet.  He has fought against frivolous spending and big government in the South Carolina legislature, and I know he will do the same in Congress.  I am pleased to endorse Lee and I look forward to having him help me drain the swamp.”

Massie announced his endorsement during an interview with WORD 106.3 FM on Thursday morning.

Bright said he was “incredibly honored” to receive Massie’s endorsement, adding that the Kentuckian had “a strong record of fighting rampant spending in Washington” and was “known for his constitutional values.”

Bright, 48, is one of thirteen candidates (that’s right, thirteen) seeking this seat …

If recent internal polling shared with this news site proves accurate, he’s extremely likely to be one of two candidates advancing to a runoff election in late June.

We don’t have a dog in this fight … although we believe fourth district voters could do worse than Bright.

A staunch fiscal and social conservative, the Roebuck, S.C. native was narrowly defeated in his bid for a third term in the State Senate in June of 2016 by former state representative Scott Talley.

As noted in our coverage of his announcement for this seat, our news site has run hot and cold with Bright.  We’ve ripped him at times for what we believe to be political dumbassery, but we’ve also praised his votes S.C. State House – the vast majority of which were in defense of freedom and free markets.

Got something you’d like to say in response to one of our stories? Please feel free to submit your own guest column or letter to the editor via-email HERE. Got a tip for us? CLICK HERE. Got a technical question or a glitch to report? CLICK HERE. Want to support what we’re doing? SUBSCRIBE HERE.
Banner: Lee Bright