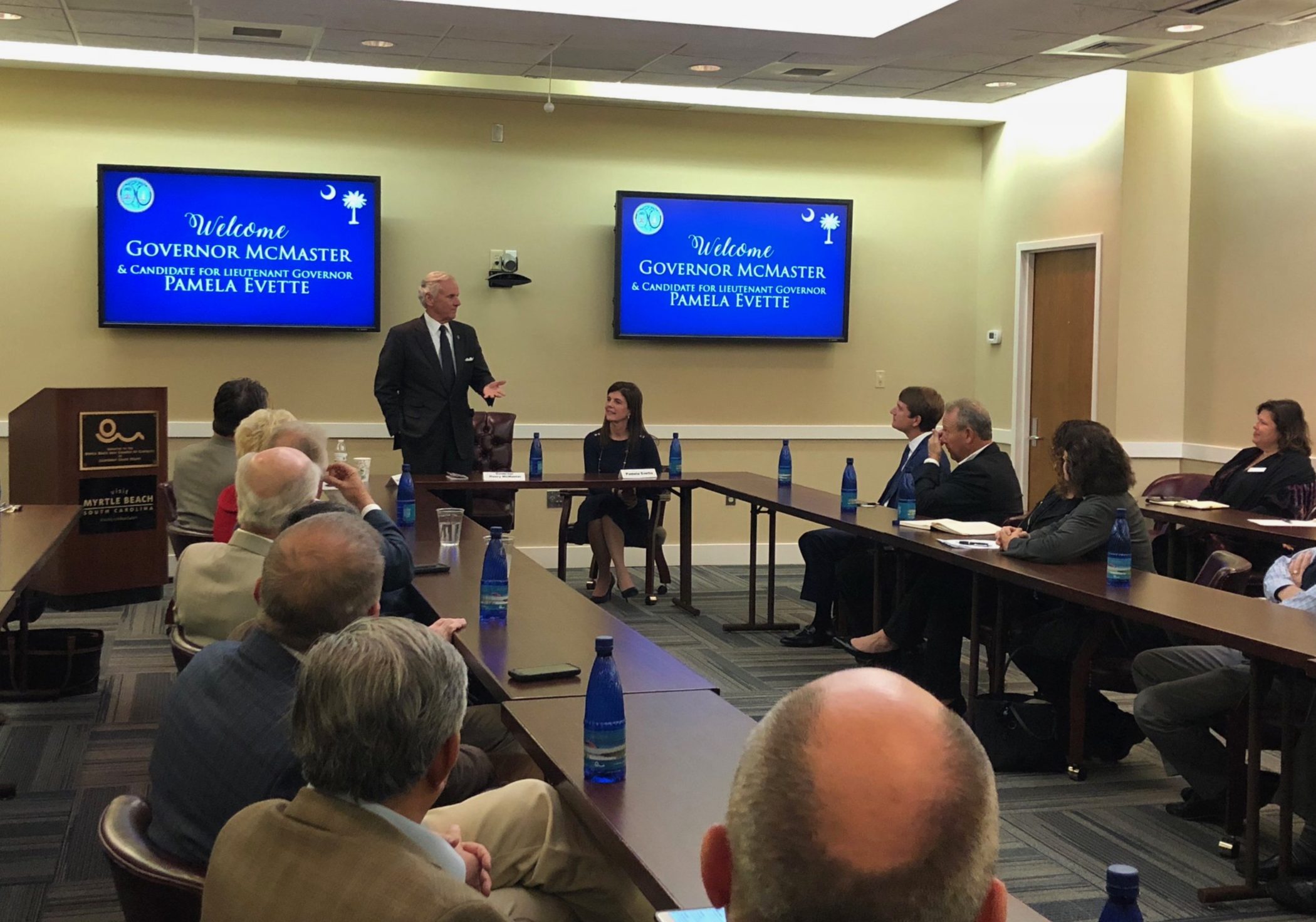 Incumbent “Republican” governor Henry McMaster of South Carolina will bring his aspirational 2018 running mate Pamela Evette to the Midlands region of the state this week.

McMaster and Evette are scheduled to address the First Tuesday Republican Club of the Midlands this Tuesday (April 3, 2018) at 12:00 p.m. EDT.  A media availability with the two running mates is scheduled for 11:30 a.m. EDT.

Evette, an Upstate businesswoman, is the first person ever chosen to participate on a statewide ticket in South Carolina.  In prior elections in the Palmetto State, candidates for lieutenant governor were elected independently.

For Evette to become the GOP nominee will require McMaster winning his party’s gubernatorial nomination.  That’s a fifty-fifty proposition at the moment … at best.

In addition to Templeton, current lieutenant governor Kevin Bryant, former lieutenant governor Yancey McGill and Upstate businessman John Warren are all challenging the 70-year-old career politician – who was supposed to coast to reelection after receiving the support of U.S. president Donald Trump.

Got something you’d like to say in response to one of our stories? Please feel free to submit your own guest column or letter to the editor via-email HERE. Got a tip for us? CLICK HERE. Got a technical question or a glitch to report? CLICK HERE. Want to support what we’re doing? SUBSCRIBE HERE.
Banner: @PamelaEvette