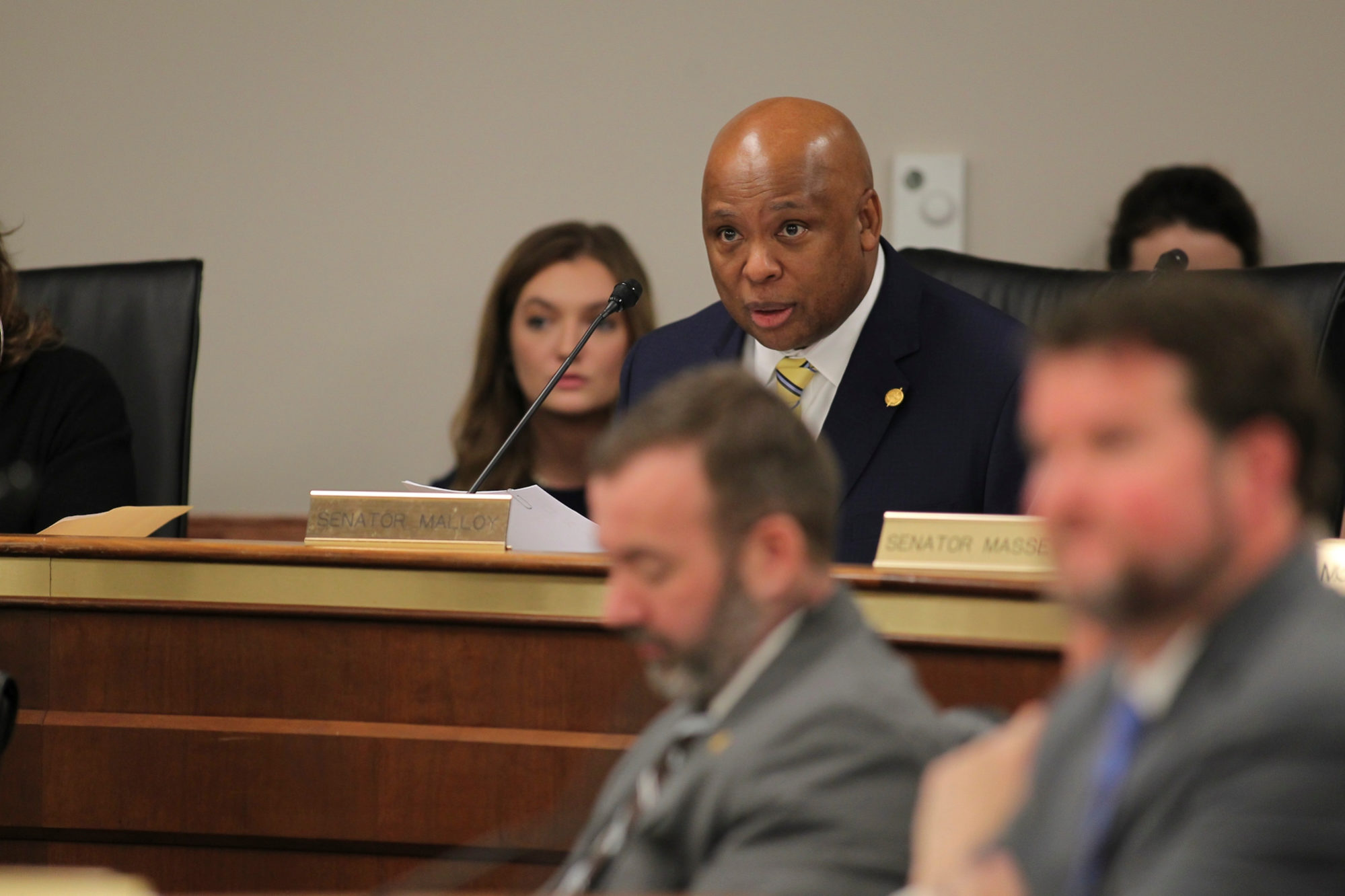 Is a vote in the South Carolina General Assembly a “thing of value?”  And if so, can it be traded?

These are the questions lawmakers in the Palmetto State are asking after a contentious exchange on the floor of the State Senate this week.

Do we support her bill?  We haven’t studied it closely, but we do think it’s worth considering …

As libertarians, we staunchly support freedom of speech.  Of course that freedom is necessarily limited the moment you threaten to kill people.

At that point, the appropriate authorities have a duty to investigate whether such a threat is credible … (i.e. could imminently infringe upon the liberties of others).

Anyway, earlier this month Senn’s bill was reported favorably out of the S.C. Senate judiciary committee – which has been notoriously inefficient this year under the “leadership” of chairman Luke Rankin.

Upon arriving on the Senate floor, though, Senn’s bill was blocked by state senator Gerald Malloy of Hartsville, S.C. – who is no stranger to obstructing legislation.

According to multiple source familiar with the situation, Malloy offered Senn a trade: He would drop his opposition to her proposed legislation if she dropped her opposition to a bill he supports related to the compensation of rural magistrates.

Basically, Malloy’s bill (S. 148) is a $3.1 million tax increase on counties with large populations.  The proceeds of the tax hike would go to fund pay raises for magistrates in rural counties (i.e. the judges he appears before in his practice as a small town attorney).

Senn (below) is also an attorney, but we don’t see her gumming up the legislative process in an effort to route pay raises to the judges in her circuit. 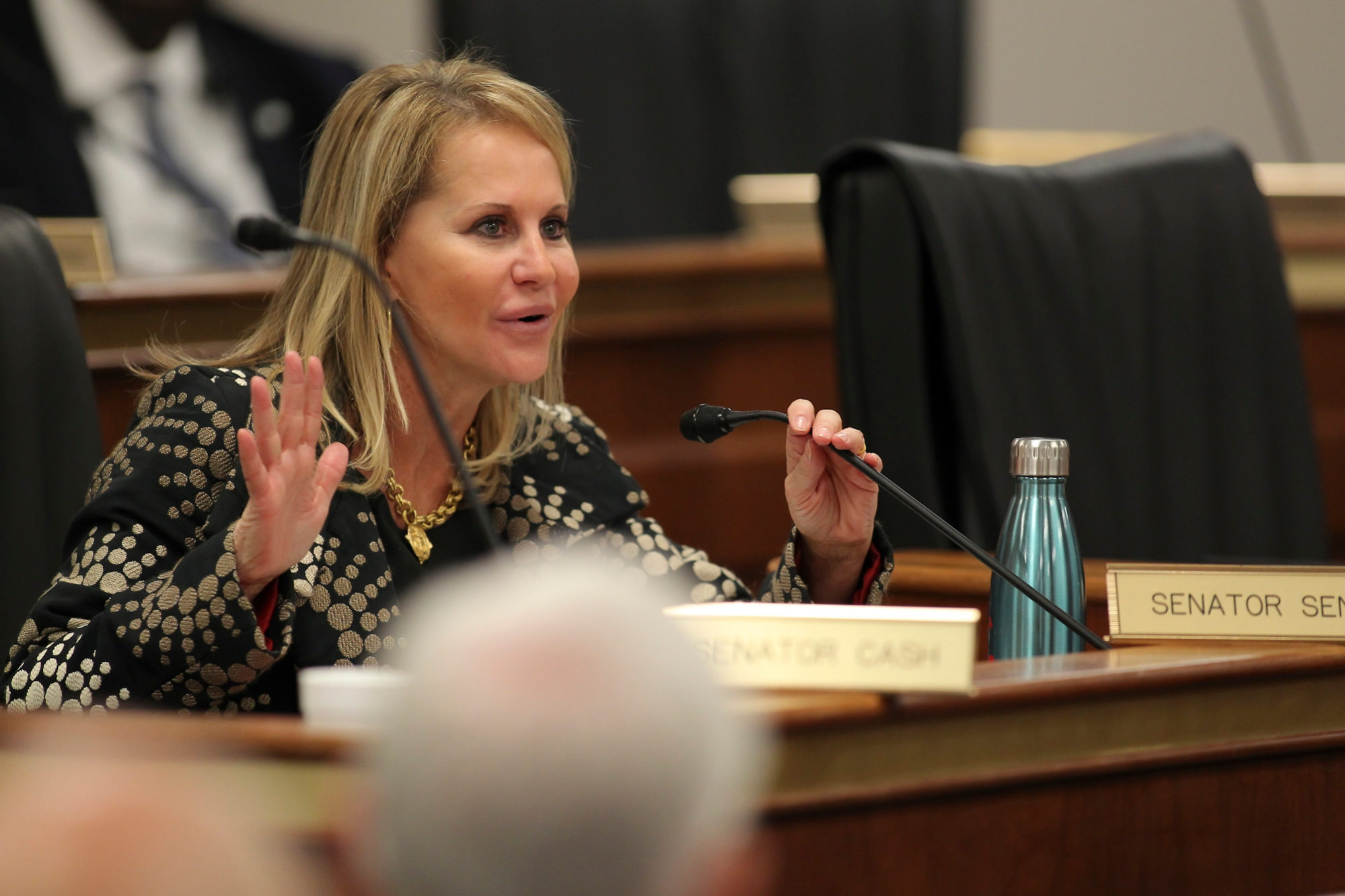 Neither Senn nor Malloy were available for comment for this story, but several of their colleagues and legislative staffers confirmed the gist of Malloy’s alleged vote trading proposal.  To her credit, Senn rejected the corrupt bargain.

Was the offer illegal, though?  Obviously it’s unethical, but does it run afoul of the law?

The state’s code of laws (§ 8-13-705)  expressly enjoins lawmakers from “offering, giving, soliciting or receiving anything of value” to influence their official actions.

But again … is a vote a thing of value?

In other words, if one lawmaker offers to vote one way on a bill (or in this case, offers to stop blocking a bill) in exchange for a vote or some other official action by one of their colleagues … is that illegal?

We think so … or at least we think it should be illegal.

Senn agrees, and according to our sources in the Senate she’s preparing to propose an amendment to the state’s ethics laws which would prohibit the very sort of vote trading of which Malloy is accused.

Insiders we spoke with argued that deals like the one Malloy allegedly offered Senn are part of the give-and-take of legislative negotiations.  You know, “horse-trading.”

“This is the way it works, and this is the way it’s always worked,” one former lawmaker who now lobbies members of the S.C. General Assembly told us. “You can’t criminalize vote trading – you’d have to lock up the entire legislature.”

We commend Senn for her efforts to draw attention to this issue, and we hope her amendment is adopted by her colleagues.  Lawmakers should absolutely be allowed to negotiate on legislation, but there has to be a line drawn in the sand when it comes to flagrant vote trading.  Or in this case, alleged threats involving another lawmaker’s bill.