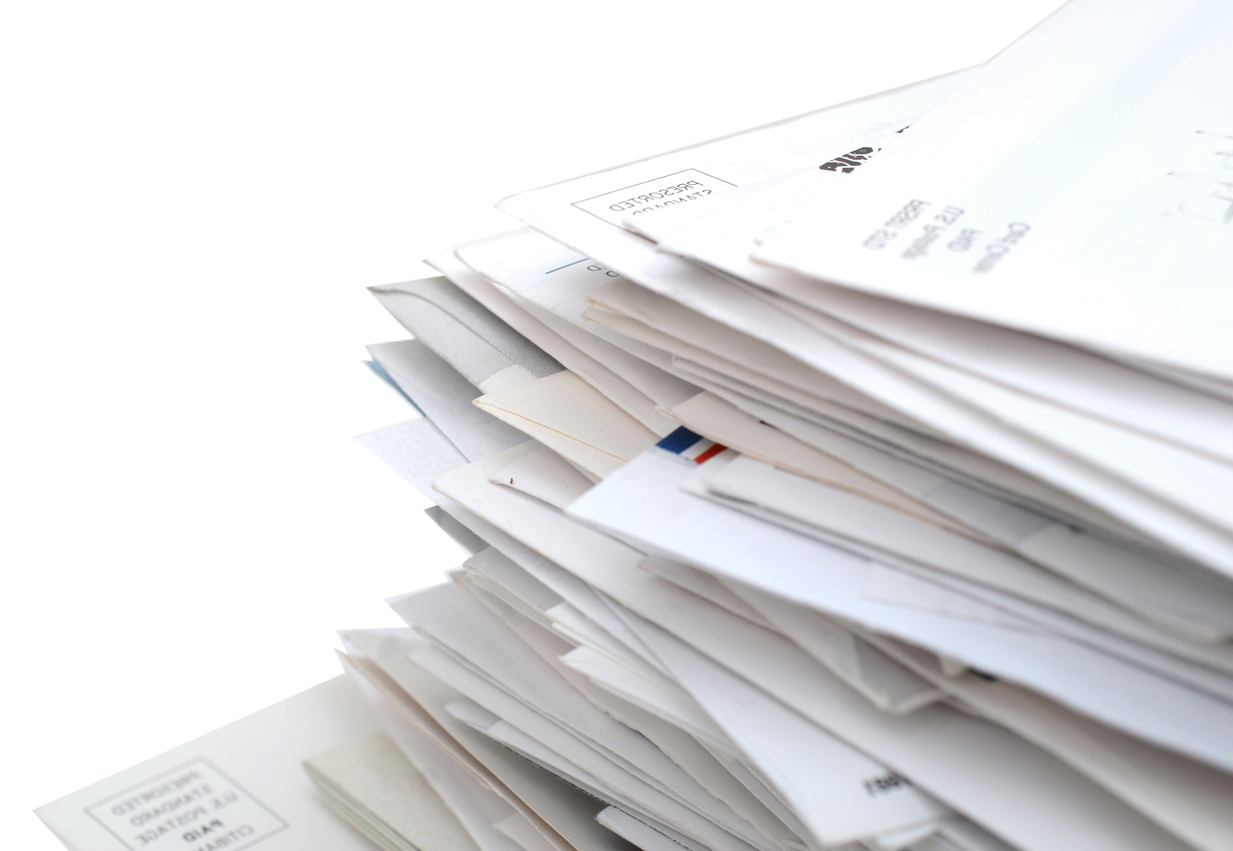 by JONATHAN SOLOMON || Firearm regulation, the most debated and controversial social issue in today’s national political dialogue. The topic is so controversial that many individuals refrain from discussing the subject because they know that someone will be offended. It has now been two weeks since the Marjory Stoneman Douglas High School shooting, in Parkland, Florida, and the debates rage on about what to do in terms of policy when dealing with firearms. After every major incident of mass shootings, the cycle repeats itself. First we feel sympathy for the victims and their families; next we feel anger that law enforcement did not protect civilians due to inefficiencies; then we try to have dialogue within the public sphere in discussing solutions to the issue, yet these result in arguments, fights and heated debates about who is at fault and pointing fingers at things that are not directly related to the issue at hand. The partisanship within the public arena has been growing for years now, and this is the worst it has ever been. Parties are contradicting themselves on policy and stances; and fighting within the parties has escalated to multiple factions forming on both sides of the aisle, where moderates and independents are being isolated.

There is no doubt that the topic of gun regulation is a slippery slope to an all-out war of words, but it is necessary that we, as a society, have a reasonable dialogue with accurate information. The fact of the matter is that the issue on the table and that these teenagers from Parkland, Florida are trying to get policy created and enacted, is about guns. Over the past two weeks, society has talked about every issue that indirectly impacts gun regulation. We have seen posts and dialogue, from the Conservative side of the political spectrum, about not having prayer in school which impacts the sense of morality in students; arming teachers so they can protect students better; victim blaming the students who have lost family and friends; calling victims too emotional to make a pragmatic decision; calling for more guns available to the public; and calling certain individuals actors, in order to enact policy that takes guns away from law-abiding owners. On the left side, we have heard calls to action about gun laws, but also extreme measures to abolish the Second Amendment and/or place unnecessary burdens on gun owners. As both sides may have some key points, it is asinine to assume that either of these positions on gun regulations is the ultimate truth and/or correct.

The truth is that a combination of stances is necessary to develop pragmatic policies that ultimately protect the public, protect our law enforcement, and also protect citizen’s Constitutional liberties. For those who believe that these teenagers, democrats, liberals, and pacifists want to take your guns away, let me say that this is not the case and nobody in any level of government should think of gun confiscation due to the very nature of that type of policy. It would be unconstitutional for any government body to enact a law that said that citizens must hand over weapons or they will be taken by force. What moderates and independents are wanting though are sensible gun laws, which yes, may make the process longer for citizens to obtain firearms, but ensures the protection of the civilian population and the law enforcement officials. Yet, I know what many people are thinking, “more regulations do not mean less violence or mass shootings, and it is an undue burden on owners.” Let’s apply that logic to another issue as an example of the contradictory nature of that statement. If regulations do not stop people from obtaining something, then why do Conservatives continue to push abortion laws that ultimately prevent women from obtaining an abortion, even when the politicians know that the legislation is unconstitutional? It is true that laws and policies will not ultimately eliminate the threat of mass murders, school shootings, criminals or the mentally ill from obtaining firearms; however, it is about lessening the rate of these violent crimes. Change does not happen overnight, and it is too idealistic to assume that all policies will succeed in eliminating the problems, but it is about the realistic impact of laws and policies which are to ultimately lessen the rates and impacts of those problems.

There have been many calls to action from the left about gun regulation and regulating the Constitutional privileges of the Second Amendment. The amendment is the vaguest out of the constitutional text, due to the wording; and the Supreme Court has only ruled on the matter a handful of times since the case of the United States v. Miller in 1939. The Court determined that the federal government can enact regulations on firearms. It wasn’t until 2008, though, when the case of District of Columbia v. Heller was a landmark decision in favor of gun owners. The Court determined that a D.C. statute of 32 years was unconstitutional due to a violation of citizen’s right to bear arms. The statute in question was a ban on all handguns within the D.C. area and in 2010 another case, McDonald v. The City of Chicago also determined that Chicago’s statute was unconstitutional due to the government banning a select class of firearms. The most recent case was in 2016, Caetano v. Massachusetts, which extended the Second Amendment to all forms of bearable arms, regardless if those arms were not in existence at the time of the ratification of the Constitution. There was a catch-22, however, within the Court’s opinion in Heller. Justice Scalia, who wrote the majority opinion, stated that the government does have a right to some regulations on firearms. This is implicit of the notion that although gun ownership is allowed and the government cannot stop you from obtaining firearms, there can be regulations put in place, such as background checks, the registering of firearms, licenses, and permits for concealed carry.

As a pragmatist, it is my responsibility to find solutions to problems that work for both sides. We, as a society, ought to respect people’s Constitutional liberties, but we must also understand that those liberties are not unlimited and are privileges for law-abiding individuals. The Constitutional amendments are a support to protect and defend the inalienable rights of Life, Liberty, and the Pursuit of Happiness, however, the Constitutional rights are limiting and they do not outweigh the rights of Life and Pursuit of Happiness. It is unethical to blame the victims or belittle them because they seem emotional due to their experience. It is unethical to blame the tool that was used to cause such devastation in many mass shootings in recent years. However, if we want to create solutions, then society needs to stop blaming and pointing fingers, and start discussing real-world solutions. The fact that someone who has an extreme mental illness can obtain a firearm, it is an absurdity, yet what was the first thing that our current administration did, last year? Trump signed a law that repealed an Obama era regulation that prevented the mentally ill from obtaining firearms. The fact is, people are very quick to say that someone is mentally ill, and society uses it as a crutch to judge certain individuals; but if this man in Parkland, Florida was Muslim, we would be quick to call him a terrorist. Studies continually show that the mentally ill are more victims of violent crimes rather than perpetrators. If we really want to help the mentally ill, then we need to start funding mental illness research and services. As for the idea of teachers being armed, this is asinine. The United States is continually ranked in the 30’s on the world PISA education rankings and instead of funding books, materials, and standards, the political community wants to instead fund arming teachers who may harm themselves or an innocent student. The paradigm surrounding our priorities in the political sphere needs to change and until both sides of the spectrum are ready to actually talk, rather than scream at one another, nothing will change.

So what do I believe in terms of gun laws and regulations? It is pragmatic and ethical to enact and administer sensible gun laws that protect civilians and protect law enforcement officials. I am a gun owner and my firearm was given to me as a gift. The first thing that I did, after receiving my firearm was to check to see if my state required me to register my firearm. The state didn’t and South Carolina only requires a permit to conceal carry. Law enforcement and the government, both, need to ensure that the system for background checks, to purchase a firearm, is updated and efficient. Background checks ought to be required when purchasing firearms at stores, ranges, and shows. An individual should be 21 years of age to buy a semi-automatic rifle, with the exceptions of law enforcement, active duty, and reserve military. Individuals with extreme cases of mental illness should be barred from obtaining a firearm, along with individuals who have a criminal background for serious and heinous crimes. Bumpstocks ought to be outlawed due to giving the power to civilians to transform a semi-automatic weapon into an automatic. The solutions to today’s problems do not just stop at enacting legislation, but instead requires continual focus and attention in the administration of policy. I will not say that I have all the answers because I don’t, but I am ready to find the solution to these problems that have plagued societies for centuries.

Jonathan Solomon is a 23-year-old college student from Goose Creek, S.C. He is finishing up his degree in political science from College of Charleston.