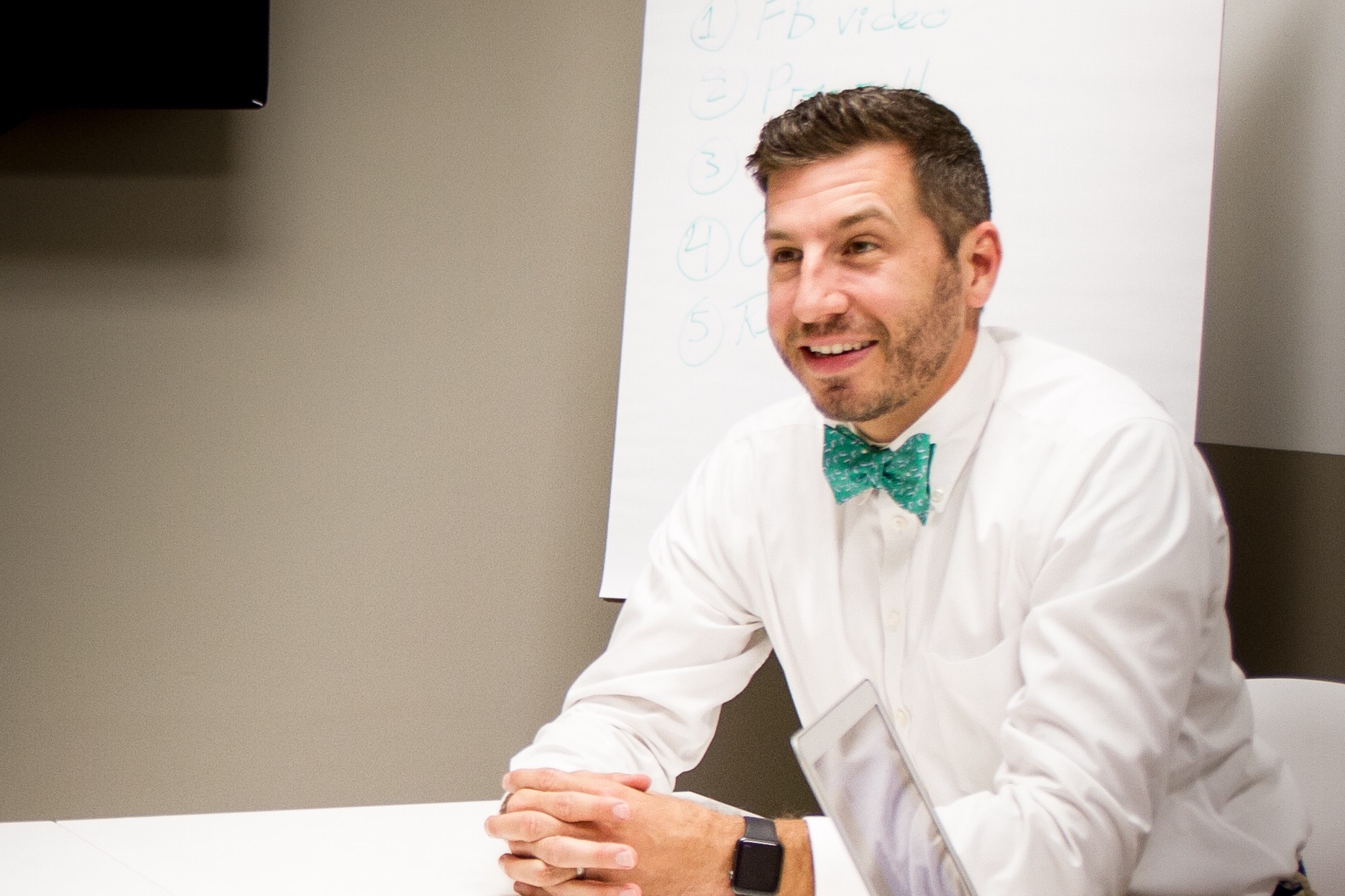 This news site has had its ups and downs with political strategist/ digital media guru Wes Donehue in the past.

In truth, though, Donehue is a lot like our founding editor Will Folks … sometimes he just can’t help it.  Meaning his mouth invaribly enters a room before he does …

“Dude is easily disliked, difficult to admire and damn near impossible to work with,” one of Donehue’s former associates told us. “He’s damn good at what he does, though, and absolutely dogged in his determination.  Wes gets results, and in this business that’s all anybody cares about.”

Love him or hate him, Donehue has been successful beyond his wildest dreams in the corporate world.

The founder and CEO of Push Digital – one of the nation’s up-and-coming online advocacy firms – Donehue represents rags-to-riches resilience in its purest form.  And while the 38-year-old has accumulated innumerable enemies over the years thanks to many of his bombastic, borderline unethical political broadsides … there’s no denying his talent and work ethic.

Let’s play the odds for a moment.  Had Donehue been like most South Carolina kids raised in his particular environment, he would be living in a mobile home huffing it at 2-3 minimum wage jobs right about now … stacking boxes, taking orders, sweeping floors.

Born in Walterboro, S.C., Donehue was raised in the ghettos of North Charleston and Goose Creek, S.C. – the quintessential “wrong side of the tracks.”

In a recent podcast interview, Donehue shed some light on his upbringing during a discussion about government welfare programs.

“You hear politicians talk about ‘a hand up and not a hand out,'” Donehue said.  “I believe that, but when I say it, I’m not just giving you a cliche talking point. I’m giving you a direct observation and life lesson.” 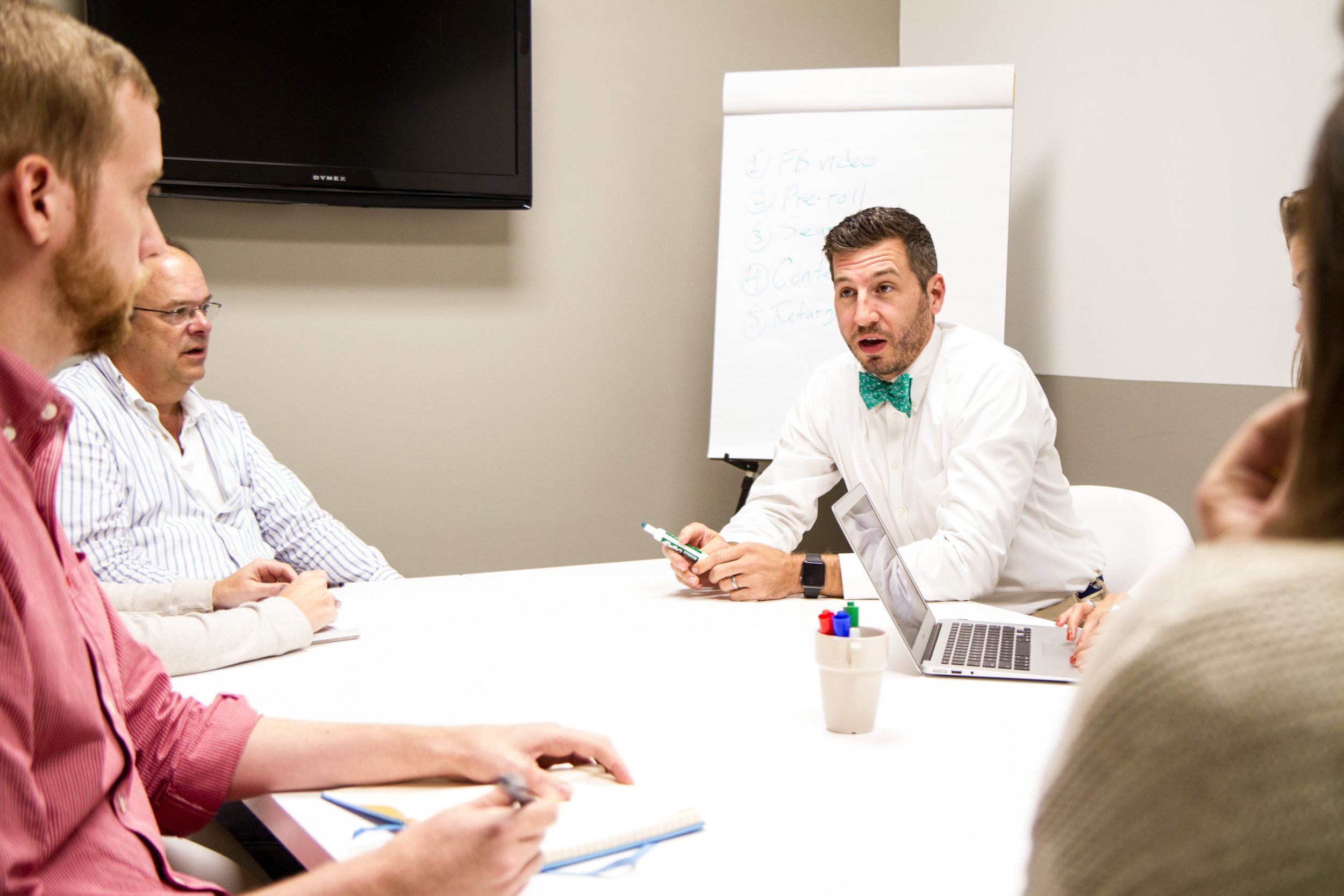 “There are two stories,” he continued.  “There is the story of my mom, who used government for a few years, went to school to become a cosmetologist, got a job and got off the system.  Then there is my dad who used government checks as an excuse not to work.  He watched TV all day, became lazy and bored and then turned to drugs.  As he set on his deathbed the doctor told me ‘it wasn’t the cancer that killed him – the meth took his immune system.'”

After cutting his teeth in the 2008 “First in the South” presidential primary – and picking up some national notoriety for his alleged role in one of the Palmetto State’s first pure anonymous digital hit pieces (remember PhoneyFred.org?) – Donehue has spent the last decade building his own corporate communications empire from scratch.

From the beginning, he had national aspirations for his firm – and by and large he has achieved those dreams, working on digital media campaigns for multiple corporate and political clients from coast-to-coast.

This week, Donehue announced another major expansion of his company …

A new office was opened and a dozen new employees were hired at Push Digital and its subsidiary, Push Advocacy.  The stated reason for this expansion?  “To support the growth of new business.”

Wow.  Business must be really, really good to support that kind of growth …

Obviously, something like Push’s expansion is worth mentioning in the context of this “local boy done good” narrative we’ve got going here, but it’s also relevant in terms of its potential impact on the broader Palmetto political universe.

For those of you who haven’t been following the ongoing saga of #ProbeGate – a multi-year, multi-jurisdictional inquiry into corruption in state government – one of South Carolina’s most prominent political empires has been taking a serious beating over the past two years.

The consulting firm of Richard Quinn and Associates – long viewed as the dominant force in “Republican” politics in this state – has been badly damaged by recent allegations of ethical impropriety.

Quinn’s firm isn’t “out” (especially not after this month’s developments) but it is definitely “down.”  That’s created a major vacuum, one Donehue’s firm seems intent on filling.

How do we know this?  One of Push’s new hires makes its focus pretty clear …

Greg Foster, 34, of Columbia, S.C. was deputy chief of staff and communications director to former S.C. speaker of the House Bobby Harrell for ten years (beginning in 2005).  During that time, he had a front row seat to power politics in the Palmetto State.

Harrell suddenly lost his job in October of 2014, though (ironically, he was the first casualty of the #ProbeGate investigation) – and Foster’s future seemed to be in serious jeopardy.

Despite Harrell’s fall from grace, Foster was able to establish his own firm and steadily build up a roster of clients – success he attributed to his understanding that “relationships are more important than politics.”

Now he’s been hired as Push’s president of strategic communications, and charged by Donehue with merging the firm’s digital prowess to an old school, relationship-driven model of politicking.

In the current atmosphere, that could be a potent combination …

“There’s a lot of opportunity out there right now,” Foster told us, referring to the post-#ProbeGate landscape.  “We’re going to be a very large presence in South Carolina, focused on traditional public relations, grassroots advocacy and corporate communications.”

We asked Donehue whether his aspirations for this newly configured firm included re-engaging in statewide political work – like the recent efforts Push undertook in support of a gas tax bill in South Carolina (we ardently opposed that measure, by the way).

“We’re focusing on both,” Donehue told us. “We’re hiring Greg because the lines between digital and offline no longer exist. He’s one of the best we know at traditional communications.”

We look forward to seeing what Donehue’s newly expanded firm brings to the table in the months and years to come … but in the meantime we did want to give this particular devil his due.  At least for today.

Our admiration for Donehue may be grudging at times, but it is admiration nonetheless …

It’s also a reminder to all the kids who are currently residing on the wrong side of the tracks that a better life is out there if they know what they want and are willing to work for it.

Our only hope?  That Donehue’s firm and its client roster begin to embrace policies that make it easier on those kids … not harder.

Got something you’d like to say in response to one of our stories? Please feel free to submit your own guest column or letter to the editor via-email HERE. Got a tip for us? CLICK HERE. Got a technical question or a glitch to report? CLICK HERE. Want to support what we’re doing? SUBSCRIBE HERE.
Banner: Push Digital