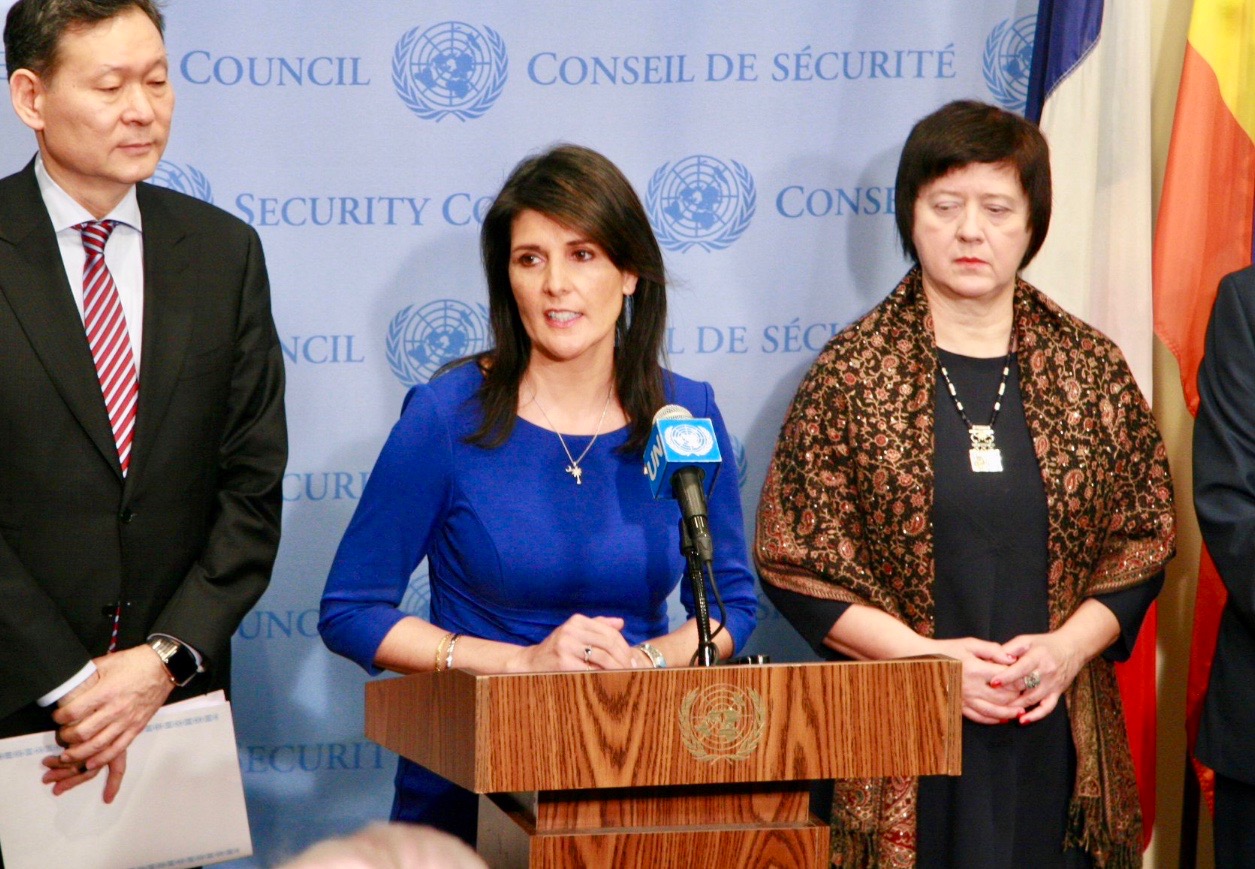 America’s ambassador to the United Nations Nikki Haley is denying allegations that she is having an affair with U.S. president Donald Trump.  In an interview with Politico, the darling of the Washington, D.C. establishment called the rumors “highly offensive” and “disgusting.”

Where is all of this coming from?

Author Michael Wolff, whose book Fire and Fury has become a Washington, D.C. sensation, hinted last week that Haley was having an affair with Trump.  During an appearance on HBO’s Real Time with Bill Maher a week ago, Wolff claimed Trump was having an affair “right now” – and added that hints as to the identity of the woman were contained in his book.

“Now that I’ve told you, when you hit that paragraph you’re going to say bingo,” Wolff told Maher.

Numerous outlets immediately began citing references in Wolff’s book to Haley, a one-time #NeverTrumper who has become his leading voice on foreign policy matters and a rumored 2020 presidential candidate.

In particular, these articles cited Wolff’s reference to Trump spending a “notable amount of private time” with Haley aboard Air Force One as part of his efforts to “groom her” as his possible successor.

“It is absolutely not true,” Haley told Politico. “I have literally been on Air Force One once and there were several people in the room when I was there.”

Haley added that “he says that I’ve been talking a lot with the president in the Oval about my political future – I’ve never talked once to the president about my future and I am never alone with him.”

“At every point in my life, I’ve noticed that if you speak your mind and you’re strong about it and you say what you believe, there is a small percentage of people that resent that and the way they deal with it is to try and throw arrows, lies or not,” Haley added.

Our view?  As we noted in our original coverage of these rumors, we don’t believe them.  And even if they were true, we wouldn’t care.

“Trump’s job is to administer the executive branch of the federal government and to negotiate with congress in a manner consistent with the promises he made while campaigning in 2016,” we wrote at the time.  “Haley’s job is to represent the United States at the UN in a manner conforming to Trump’s instructions.  Both should be judged on how well they are doing their jobs … period.”

As for our founding editor Will Folks and his own romantic history with Haley over a decade ago, he’s made it clear to the multiple national media outlets calling him that he has nothing to add to his 2010 affidavit on the matter (and a 2015 deposition during which he was asked extensively under oath about the relationship).

“All inquiries will be referred to statements provided under oath and to previously released documentation,” he said. “Beyond that, I have nothing to say on the subject.”