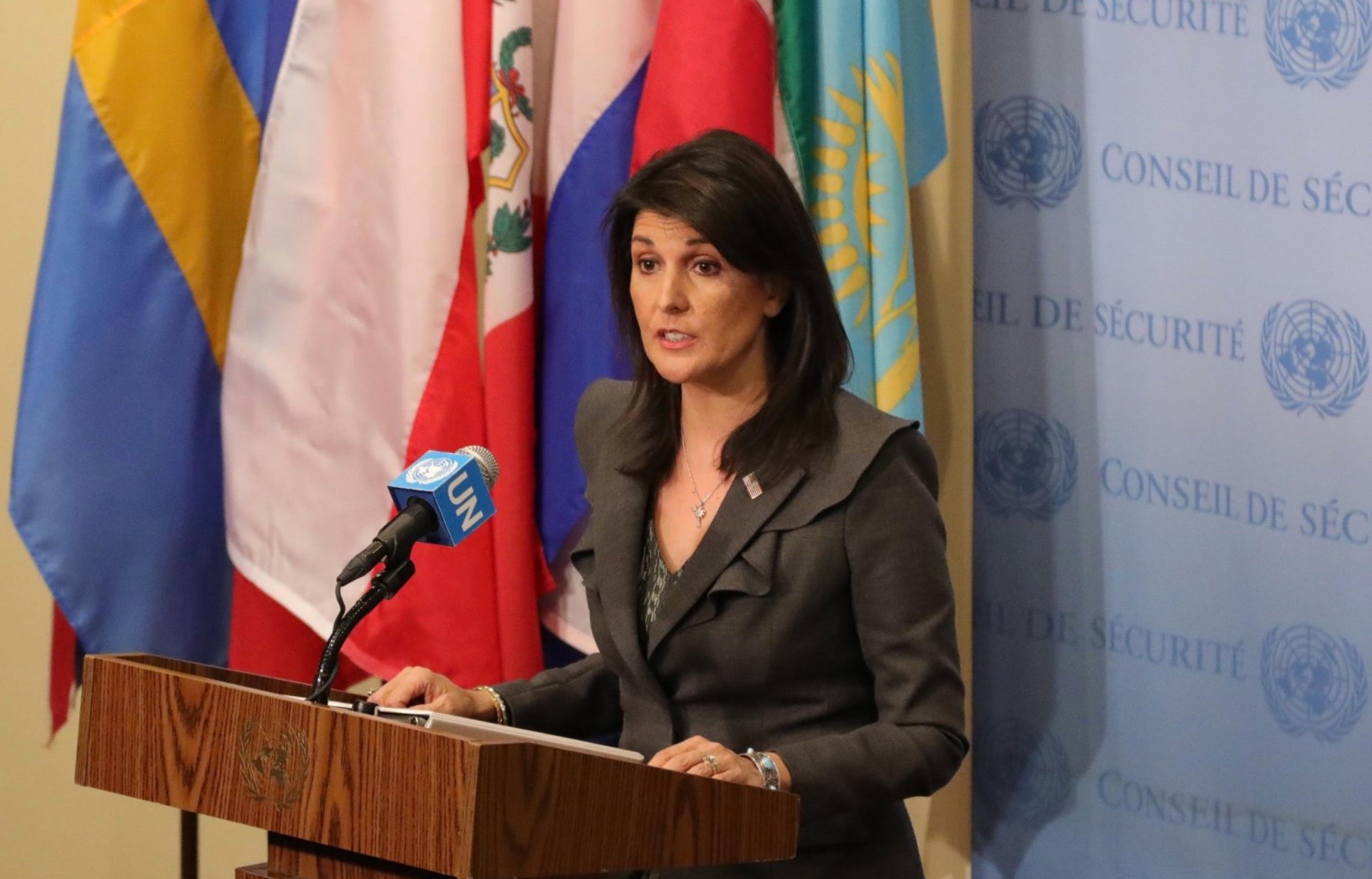 U.S. ambassador to the United Nations Nikki Haley was one of the most strident #NeverTrumpers during the 2016 GOP primary season – and for a long time thereafter.  Nonetheless, the establishment “Republican” politician received a plum appointment from U.S. president Donald Trump – one that she has parlayed into a possible White House run.

Not bad for someone who got her high-profile job solely as a sop to the man who replaced her as governor of South Carolina.

Haley, 45, is worshipped by Beltway insiders.  And by the corporate media.  And while her relationship with Trump has been hit or miss, Haley was quick to defend her boss against disputed allegations contained Fire and Fury – a bombshell new book by author Michael Wolff.

According to Haley, Trump’s inner circle has been inaccurately depicted by Wolff – who claims those working for the president routinely question his intelligence and his fitness for office.

“I know those people in the White House,” Haley told ABC News’ George Stephanopoulos on Sunday. “These people love their country and respect our president … no one questions the (mental) stability of the president.”

Doesn’t exactly sound like a ringing endorsement to us, but whatever …

“These people put everything they’ve got into their jobs and into respecting and trusting the president,” Haley added.  “If they didn’t they wouldn’t be there.”

Haley went on to say that she and Trump speak “multiple times a week” and that he has repeatedly demonstrated his stability on key foreign and domestic issues.

“We need to be realistic [about] the fact that every person regardless of race, religion or party who loves this country should support this president,” Haley said. “It’s that important.”

If it sounds as though Haley is going overboard in defense of Trump, there could be a good reason … she’s prominently featured in Wolff’s book.

According to one of the anonymous aides quoted in the controversial tome, Haley is “as ambitious as Lucifer.”  She is said to have determined last fall that the 45th president’s tenure in office ”would last, at best, a single term” and immediately began positioning herself as his successor.

Another anonymous aide claimed Haley was “so much smarter than (Trump)” and that her machinations were seen viewed as “a danger” to Trump.

Of course Wolff’s volume also espouses Haley’s claim that she was previously offered the job of secretary of state – and notes that the president is grooming her by giving her a “notable amount of private time” aboard Air Force One.

So which is it?

Those who dealt with Haley during her dozen years in South Carolina politics say they have no trouble seeing the “Lucifer” comparison.

“The truth isn’t in her,” one ranking state legislator told us, calling Haley the “best liar I’ve ever seen.”

“Even Bill Clinton’s lip would quiver,” the lawmaker said.  “Not her.  She never flinches.”

That’s true … which is why it’s probably no surprise Haley is so popular in Washington, D.C.