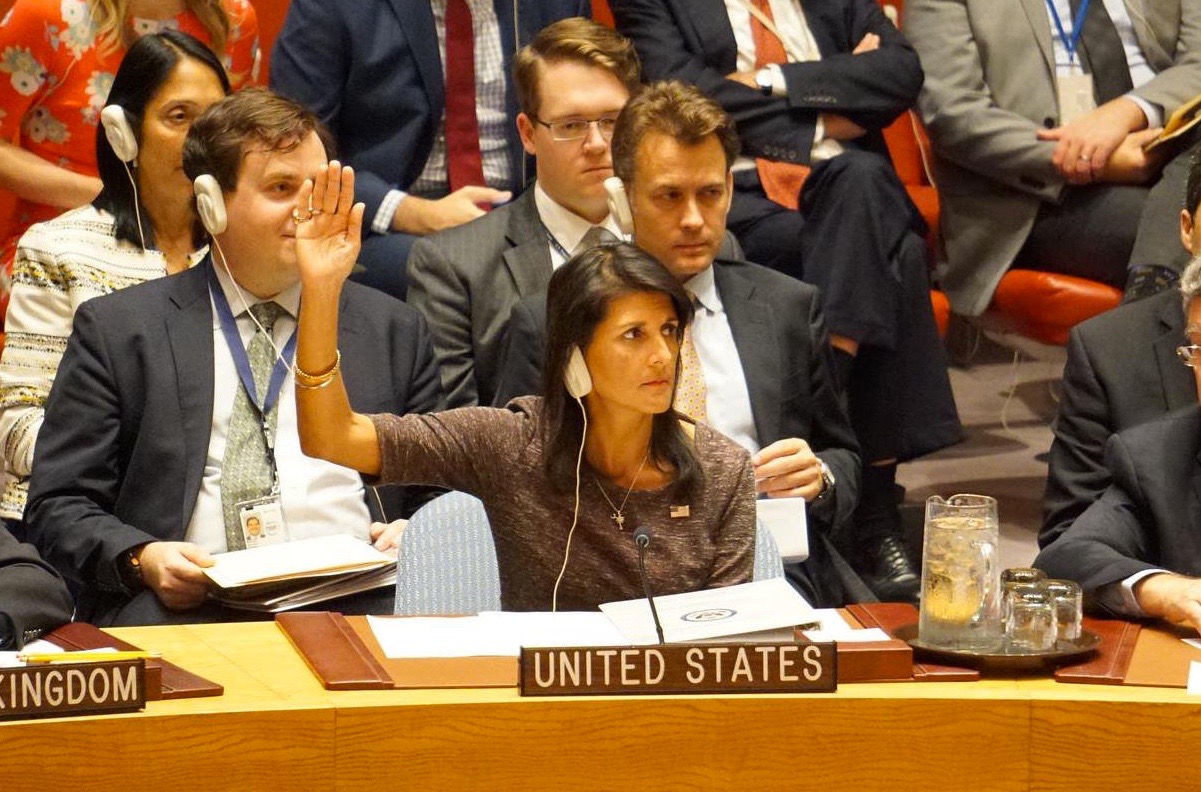 Another day, another fawning mainstream media tribute to United Nations (UN) ambassador Nikki Haley – a former #NeverTrumper who has parlayed a political favor to someone else into a platform for a possible presidential bid in 2020.

This week, it’s the hometown papers following the lead of the national press – with Andy Shain of The (Charleston, S.C.) Post and Courier running a story on how Haley’s experience in the jungle that is Palmetto politics “sheds light on her success at the United Nations.”

Surely he meant to write what “some say” is her success, correct?

Because last time we checked “reporters” weren’t supposed to draw editorial conclusions like that … right?

Right.  And last time we checked, not everyone is happy with Haley’s fact-challenged brand of “stiletto neoconservatism.”  Those who oppose reckless, costly global interventionism (paid for with money our country’s taxpayers don’t have) think she’s full of it.

Also let’s not forget homegirl had to be muzzled by her bosses for speaking out of turn.

Nonetheless, Shain waxes reverent in reviewing Haley’s results-challenged reign over South Carolina, which came to a merciful end when U.S. president Donald Trump appointed her to be his ambassador to the UN.  This wasn’t a favor to her, mind you, it was a favor to then-South Carolina lieutenant governor Henry McMaster, who endorsed Trump (and who coveted Haley’s job for his own).

Trump’s favor hasn’t exactly done wonders for McMaster, but it has vaunted Haley to the apex of the Washington establishment.

In fact, she’s one of several “Republicans” being eyed by party leaders as part of the 2020 shadow campaign for the presidency.  Haley is also being vetted by Democrats as a possible White House contender.

“Haley appears to be one of the few administration officials with the potential to survive the Trump years – and could be positioning herself for a presidential campaign of her own,” Zeeshan Aleem wrote recently for Vox.

Just this weekend, The Washington Post swooned over Haley as it dissed Trump following his address to the U.N. General Assembly last week.

“Haley’s prominence at Trump’s side through four days of meetings at the annual U.N. General Assembly this week continued a rapid and remarkable rise for the former South Carolina governor, and highlighted her growing influence and ambition within an administration struggling to project a coherent foreign policy,” reporters Anne Gearan and David Nakamura opined.

Sheesh.  That’s straight up servitude … but it’s the sort of coverage Haley has gotten at every step of her political evolution from the left-leaning national media.