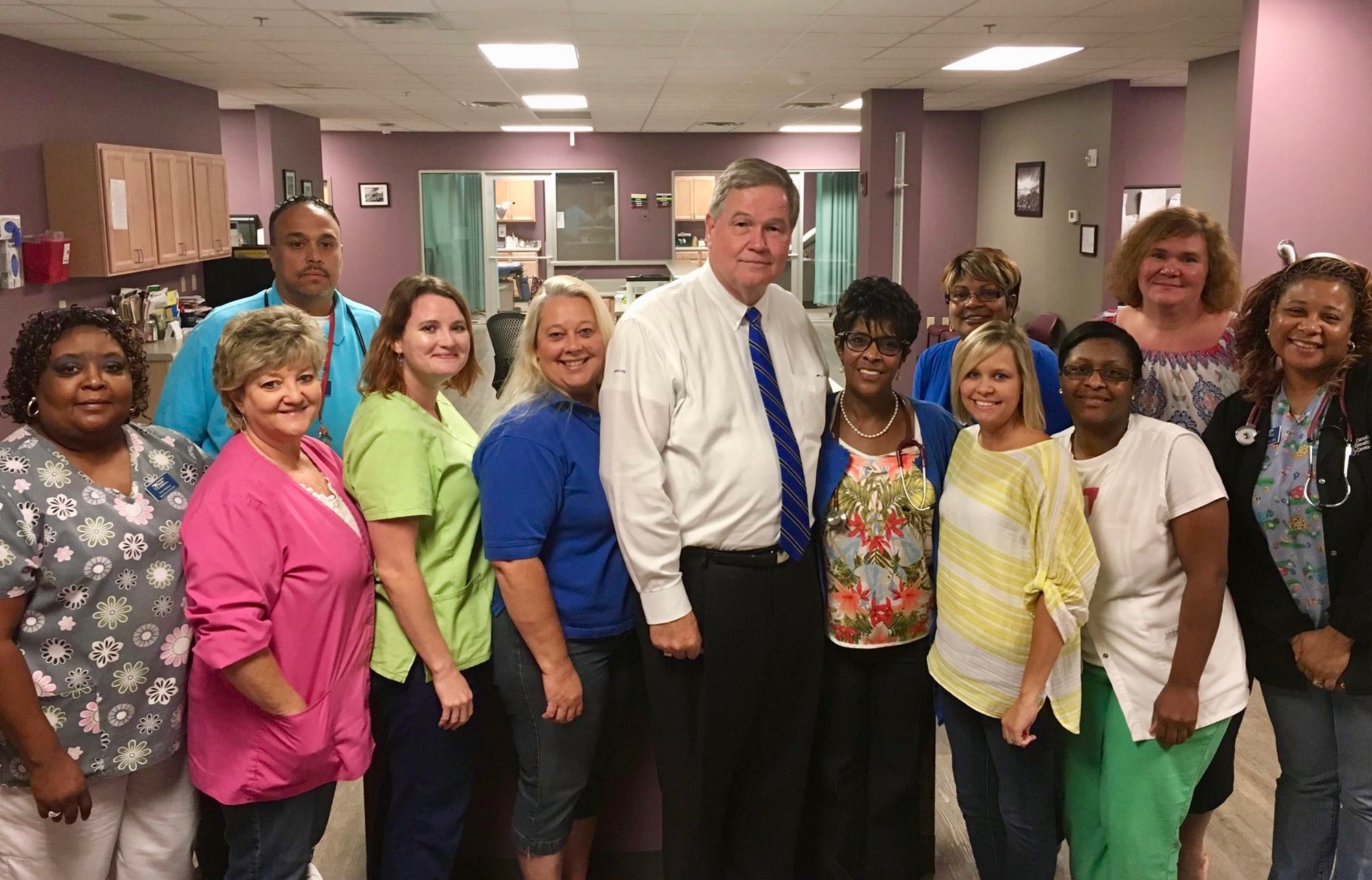 by YANCEY McGILL || Benjamin Franklin is reported to have said that there were two certainties in life: death and taxes.  The State of South Carolina has been given a once in a lifetime opportunity to eliminate one of those “certainties,” the state income tax, and transform our great state forever.

This groundbreaking, pro-growth stimulus plan comes to us in the form of a gift-wrapped, tax cut package by our Republican Congress and President Donald Trump.  It is now incumbent on us to seize the momentum immediately and pass a sweeping reform of our own income tax code, one that takes advantage of the federal tax changes.  Specifically, I am calling on the General Assembly to pass my plan to completely eliminate income taxes on South Carolina residents who have reached the age of sixty-five.

The specific provision of the federal income law changes that will help catapult South Carolina into the preferred retirement capital of the Country deals with the “capping” of the state income and property tax deduction to $10,000.

How does this present us with this opportunity?  Anyone who lives in a state with relatively high income and property taxes is now at risk of losing population.  Specifically, the citizens of these ‘high tax states’ who are at or nearing retirement age will have an incentive to move and become residents of ‘low tax states,’ like South Carolina.  So, let’s do our part and welcome them by eliminating state income taxes on any resident that has attained the age of sixty-five.

Before you dismiss this as only catering to out-of-staters, remember that the same law Congress just passed pertains to South Carolinians, too.  So, many of our current, older residents require relief from this very provision also.  My proposal gives immediate relief to all current residents sixty-five and older by eliminating the state income tax altogether.  That’s right, if you are a citizen of South Carolina and have reached the age of sixty-five, you will have both tax reform and tax cuts, therefore you will neither have to file nor pay South Carolina income taxes ever again!

Now let’s look at the economics of this proposal in the grand scheme of things.

• Those folks living in a high tax state will have a tremendous incentive to move here, because they will not be penalized by the heavy burden of state income taxes.
• Current South Carolina senior residents will not have to consider moving to a ‘no income tax state’, such as Florida.
• Current South Carolina retirees that are part of the State Retirement System, such as police, firefighters, teachers and state employees, have been severely impacted over the years by a “double whammy” of both the lack of cost of living increases and the burden of bearing the increase in pension contributions. They will get a much needed financial break with the elimination of their State income taxes.
• Senior citizens who now reside in ‘no income tax states’, such as Florida, can choose to move here, where we have a change of season and world class resorts, without the worry of losing the incentive of leaving in a ‘no income tax state’.
• The economic growth from all the new seniors migrating here will swell the coffers of state and local government, in the form of additional sales tax, gas tax, and other incremental revenue sources. These seniors will have zero impact on certain government services, such as schools, but they will provide an influx of new property taxes, other fees and taxes which will provide much needed support to those services.
• Further, the people we will be attracting here are generally considered not to be a criminal risk.
• Many of these out of state seniors have significant wealth that they bring with them, swelling South Carolina investment businesses, such as banks, financial institutions, etc.
• New citizens means that our local, home grown businesses, such as auto dealers, culinary and tourism businesses, home builders and realtors, health care, assisted living and all other retailers, will have a chance to grow and expand, hire new people and buy additional goods and services.
• These potential new South Carolinians can choose to live where they desire, from the Piedmont to the Coast, and many may choose to live in more rural communities, who would certainly welcome them with “open arms”.
• All this growth will also benefit of younger South Carolinians, who will have an opportunity to witness tremendous economic and job opportunities for themselves.
• This new “industry”, senior citizens, would diversify our economy and reduce our reliance on more cyclical sectors of our economy.
• Many of these new citizens are retired in name only and would become a significant source of new talent for our philanthropic and charitable organizations.
• Finally, and most importantly, this will be a long overdue thank you to our veterans, who should live income tax free because of their service and sacrifice to our state and country.

This is not a new idea, in fact, the predecessor to our current Department of Revenue commissioned a study titled “Why Not South Carolina?” in 1989.  When I was a member of the South Carolina Senate, I voted to pass this exact same provision on May 28, 1992, so I am not a “Johnny come lately” to this idea.

This initiative will no doubt have its detractors, those liberals who refuse to recognize the concept of “dynamic scoring” to assess the revenue impact, who utilize the divisive tactic of pitting rich against poor and young against old.  These are the very same people who believe your paycheck belongs to the government.

As your lieutenant governor, I was privileged to oversee the State’s Commission on Aging. I saw firsthand the struggles and challenges our elderly population face each day.  This new opportunity will assist them in having a more secure retirement.  So, the question that was first asked back in 1989: “Why Not South Carolina?” is equally relevant now.

The initiative that I have outlined answers that question.  This is an economic revival that will be witnessed by every area of our state, urban and rural, and by every segment of our population, regardless of age, race, or gender.

Yancey McGill is a candidate for governor of South Carolina who has previously served as the state’s lieutenant governor and a member of the State Senate.