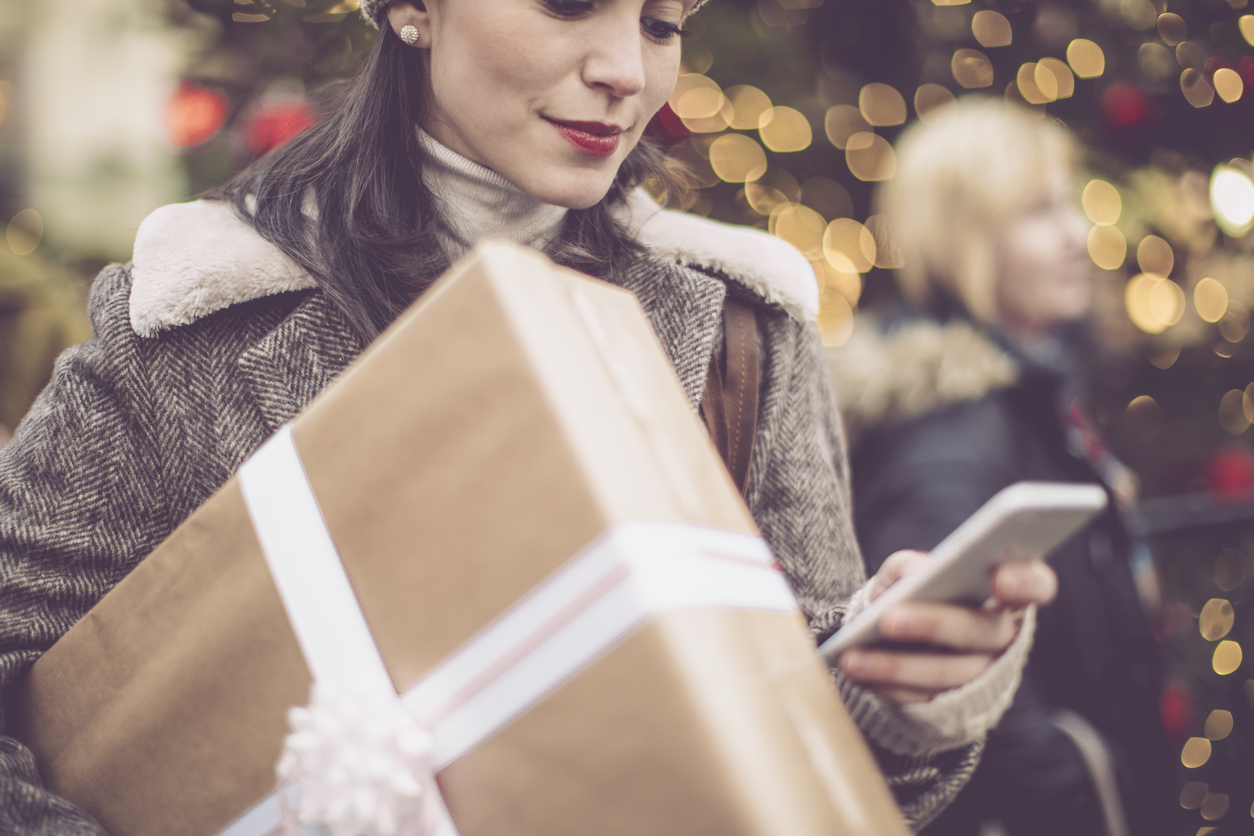 The 2017 holiday shopping season is projected to be a strong one for American retailers, according to multiple surveys issued in anticipation of the coming crush.

The National Retail Federation (NRF) is projecting total sales to fall somewhere between $678 billion and $682 billion – which would mark an increase of between 3.6 percent and four percent from 2016.

The organization’s estimate is based on any number of factors, including the calendar.  Christmas falls on a Monday this year, giving shoppers an extra weekend day to make purchases. There are also 32 days between Thanksgiving and Christmas this year – one more day than last year. 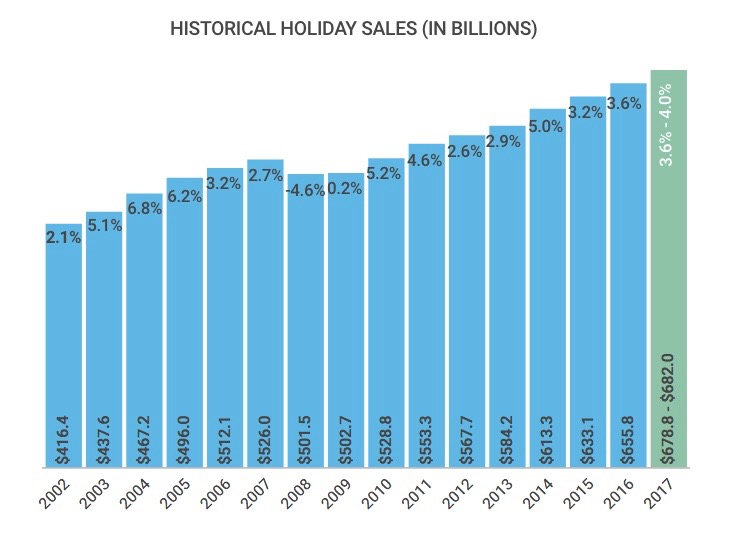 Other forecasts are even more optimistic.  Deloitte is projecting growth to fall between four percent and 4.5 percent – including an 18 percent to 21 percent uptick in online sales.

If that estimate holds, online sales could hit $114 billion this year – a new record.

“The projected uptick in holiday sales ties to four primary factors affecting consumer spending, starting with anticipated strong personal income growth,” Deloitte’s senior U.S. economist Daniel Bachman said. “Last year, disposable personal income grew 2 percent over the year to the holiday period, and we may see that rise to a range of 3.8 to 4.2 percent this season. Consumer confidence remains elevated, the labor market is strong and the personal savings rate should remain stable at its current low level.”

All told, retail sales for the year are likely to show improvement from 2016.

According to estimates released last week by Kiplinger, brick-and-mortar retail is projected to show a 2.5 percent uptick during the second half of 2017 – up from the estimated 1.5 percent increase seen during the first half of the year.  Online sales are expected to grow by 14 percent.

Add it all up and retail growth is expected to clock in at around four percent for 2017 – up from 3.8 percent last year.

Is this good news?  Yes.

Unfortunately, braindead public policy emanating out of Washington, D.C. – and from state and local governments across the country – continues to suppress the true potential of the free market.  Even a proposed tax cut pushed by “Republican” members of Congress misses the mark when it comes to stimulating the consumer economy.