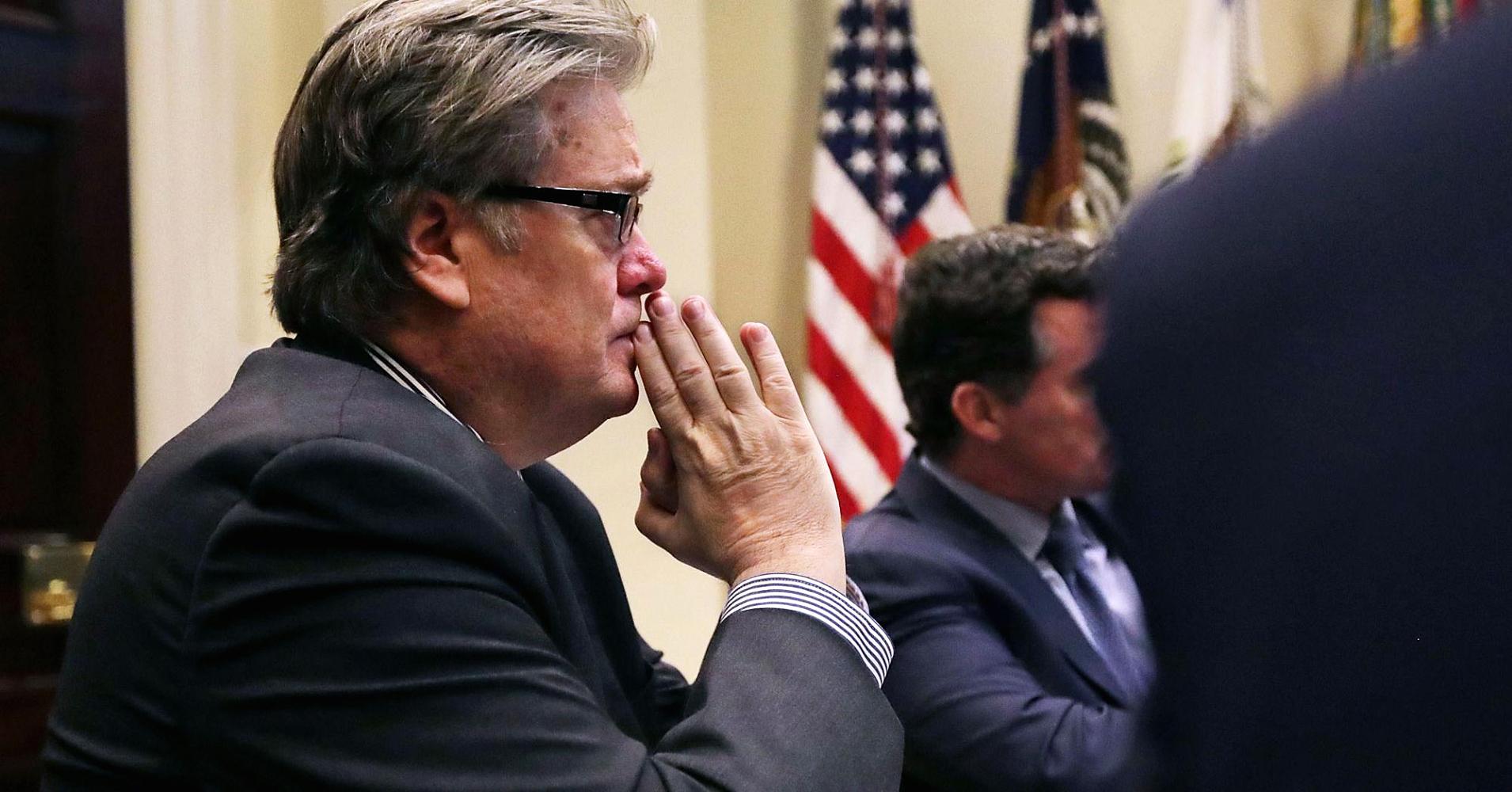 Bannon will be the keynote speaker at the Citadel Republican Society’s 2017 Patriot Dinner, scheduled for 6:00 p.m. EST Friday, November 10 at the Holliday Alumni Center (located adjacent to the campus of the state’s historic military academy). 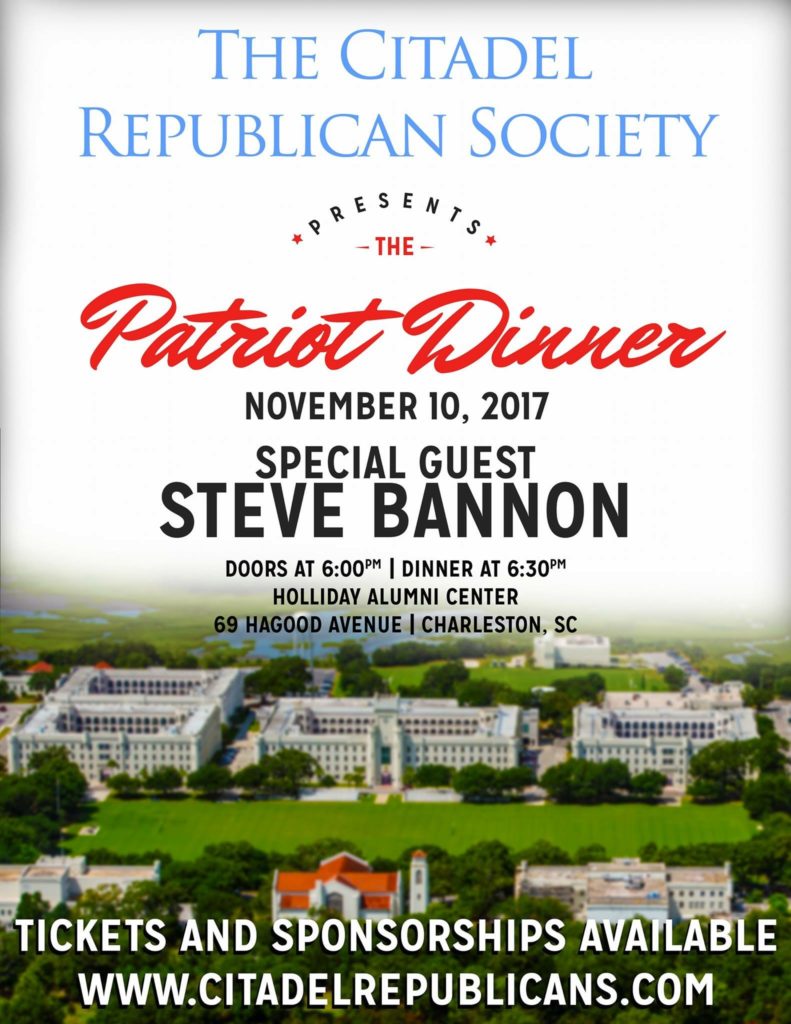 The bombastic former CEO of Breitbart News took over Trump’s 2016 candidacy last August and helped propel the real estate mogul to a history-making upset over Democratic nominee Hillary Clinton.  After Trump’s victory, he was named chief strategist to the president.

No fan of Washington insiders, Bannon proved unable to operate within the Beltway environment, though – as Trump’s agenda was repeatedly sabotaged by “Republicans” on Capitol Hill (and by establishment forces within his own administration).

Bannon left the White House in August and reassumed his position atop the conservative media empire.  In that role, he’s becoming the leading advocate for replacing fiscally liberal “Republican” lawmakers in Washington, D.C.

In fact, Bannon has vowed to recruit primary challengers to every incumbent “Republican” U.S. Senator – except for Ted Cruz of Texas.

Establishment leaders in Washington, D.C. – including wildly unpopular Senate “majority” leader Mitch McConnell – have declared open warfare against Bannon.  Just this week, The Washington Post reported that McConnell’s Senate Leadership Fund (SLF) was making plans to “highlight Bannon’s hard-line populism and attempt to link him to white nationalism to discredit him and the candidates he will support.”

The group “plans to spend millions” attacking Bannon in an effort to defend liberal GOP Senators.

Our view?  This news site has written favorably in regard to Bannon in the past … and we support his efforts to oust “Republicans” in Washington who refuse to stand for freedom and free markets.