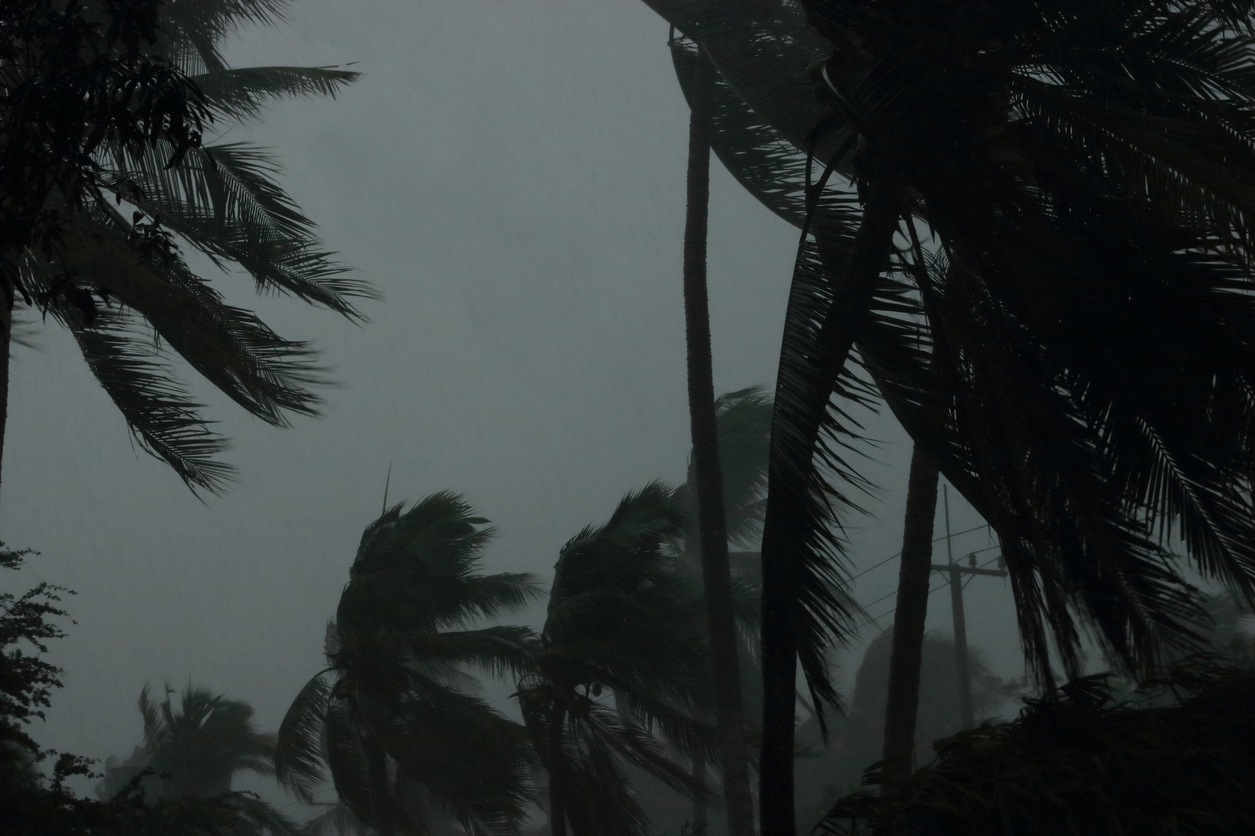 In the world of #FakeWeather nothing is certain, but the latest forecast track for newly christened tropical storm Nate is looking a bit better for residents of Florida and South Carolina.

According to the latest projections from the National Hurricane Center (NHC) in Miami, Florida, the storm’s potential landfall has shifted to the west.  Now forecasters see Nate drawing a bead on the gulf coasts of Louisiana, Mississippi and Alabama early Sunday morning before curling off to the northeast on Monday. 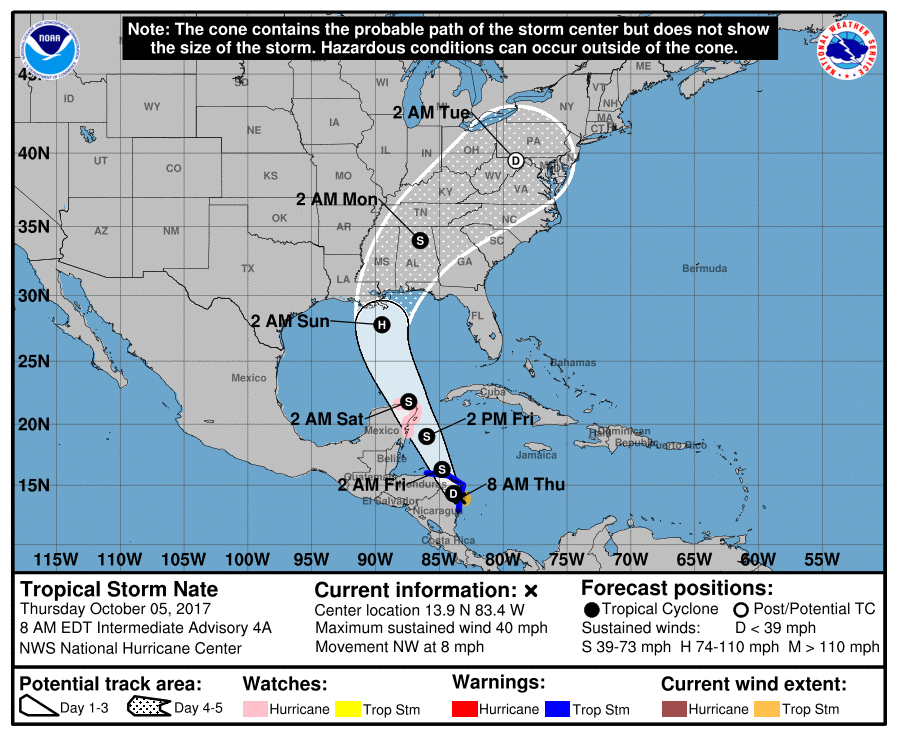 As of this writing, Nate is located approximately ten miles south of Puerto Cabezas, Nicaragua.  Its maximum sustained winds are 40 miles per hour and the system is moving northwest at eight miles per hour.  Nate is projected to remain a tropical storm until it clears the Yucatan peninsula sometime early Saturday.

It is expected to gain hurricane strength upon entering the Gulf of Mexico.

Where will it go?  And how strong will it be when it gets there?  We don’t know yet …

But as we noted in our prior coverage, “this is absolutely the last thing the country needed right now.”

What fresh hell will Nate bring?

We don’t know yet, but it’s clear at this point the American mainland is going to face another direct hit …