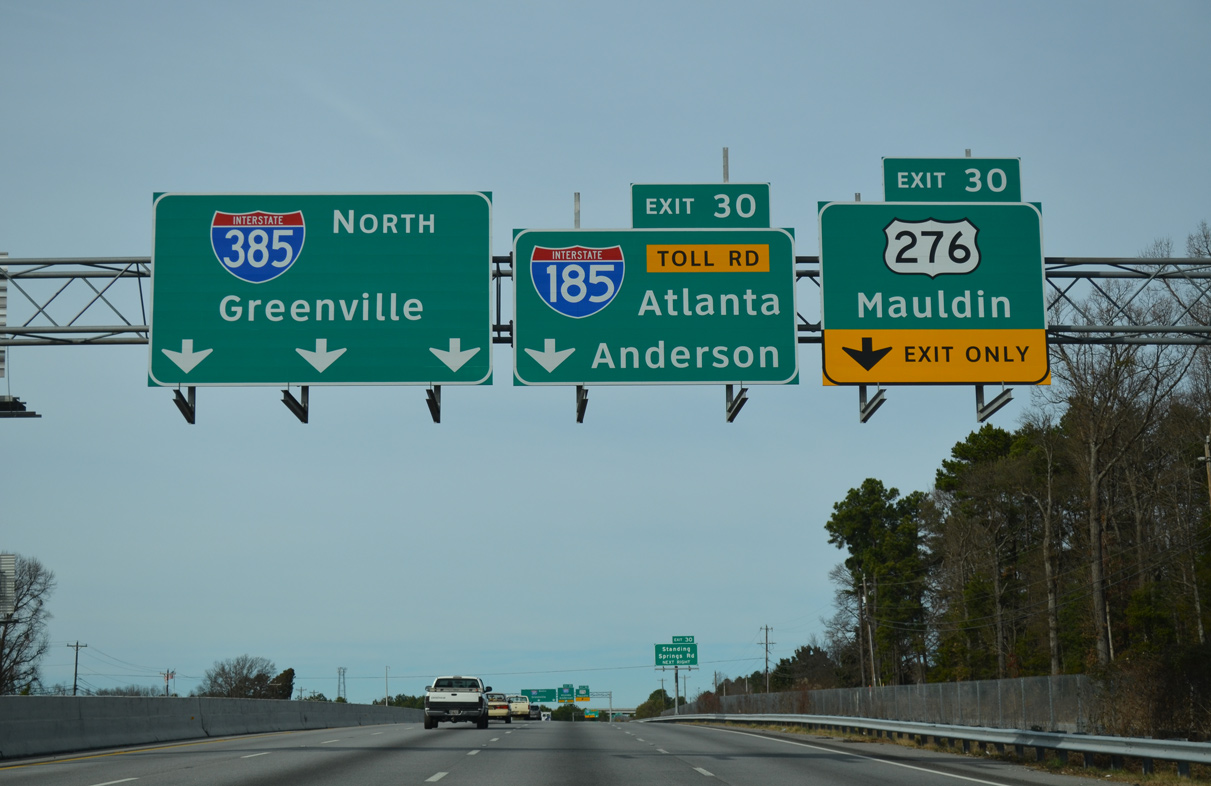 Most of those stories broke exclusively on this news site … which last month called on Lewis to step down (not because of the sexual assault allegations, but because he was caught on tape conspiring to defraud taxpayers in pursuit of an affair with Nabors).

So far Lewis has not obliged … even after our call was echoed by his employers, his subordinates and numerous elected officials in the Palmetto State.

Public pressure is mounting, though.  Sources tell us that police officers in Greenville, S.C. were forced to remove several offensive banners targeting Lewis that were unfurled from a highway overpass on Interstate 385 over the holiday weekend.

The banners – which first appeared early Thanksgiving morning – were reportedly removed at around 7:00 a.m. EST that same day.

City police officers investigating the banners reportedly took multiple pictures of the offending displays prior to taking them down.  Earlier this week, this news site submitted a freedom of information act (FOIA) request to the Greenville police department seeking its photos and any other information related to the investigation.

Lewis clearly intends to ride out this scandal to the bitter end, meaning this ongoing Upstate soap opera will keep right on rolling.

UPDATE: Here are the banners …