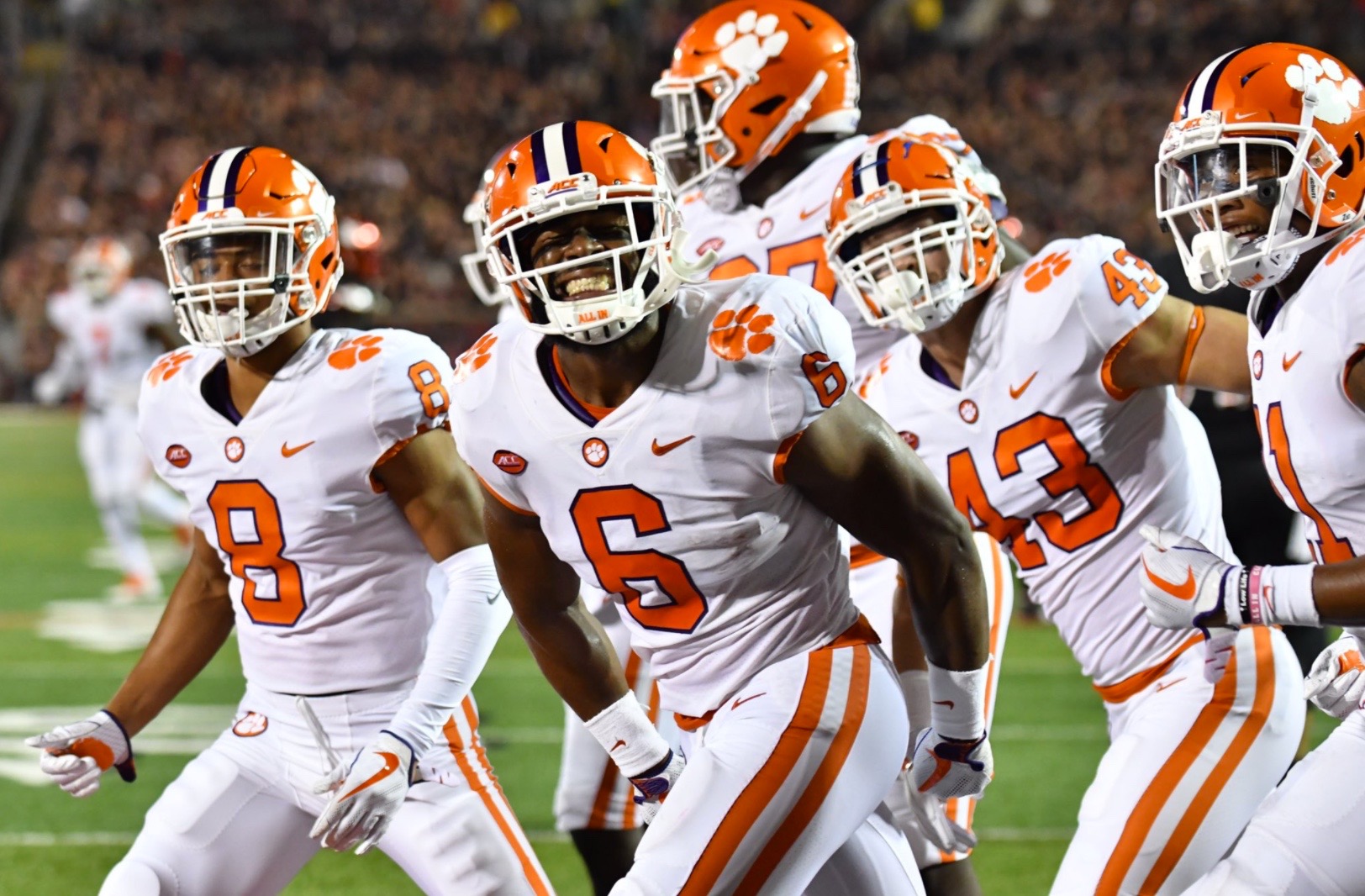 If Clemson University’s defending national champion football team has lost a step, it certainly didn’t show on Saturday night in Louisville.  If anything, it was their heralded hosts who appeared to be backsliding.

Going up against defending Heisman Trophy winner Lamar Jackson on his home field, the No. 2/3 Tigers served notice that they remain very much in the hunt to repeat as champions.  Not only did Clemson’s vaunted defense hold college football’s best player in check for most of the evening, but the Tigers found their groove on offense, too.

In fact for the first time all season, sportswriters are talking more about the offensive weapons on the current Tiger team than those who departed at the end of last season for the National Football League (NFL).

The result of all this Tiger symbiosis?  A 47-21 statement victory for head coach Dabo Swinney‘s program over the No. 14 Louisville Cardinals – a team that many (including this website’s founding editor) predicted would defeat them.

Instead, the win was Clemson’s seventh straight victory over a ranked opponent and its eleventh consecutive victory on the road – a new school record.

Jackson finished the game with an impressive stat line – 317 passing yards (and three touchdown tosses) to go with 64 yards on the ground – but much of his damage was done late in a game that Clemson controlled.

The real story of the evening?  Clemson’s offense …

Making only his third career start – and his first on the road – junior quarterback Kelly Bryant turned in a nearly flawless performance, throwing for 316 yards and a touchdown while picking up a pair of rushing scores.

His favorite target through the air?  Junior wideout Ray-Ray McCloud, who hauled in seven catches for 115 yards and a score.  Meanwhile the hero of last year’s championship game – junior Hunter Renfrow – caught four passes for 71 yards. 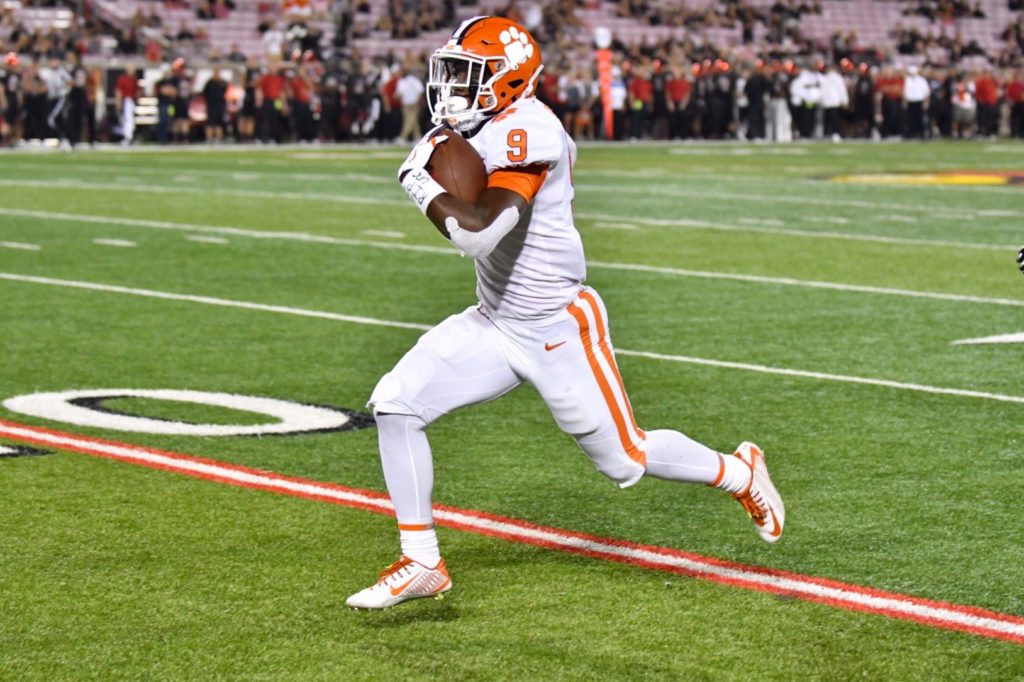 Clemson also got a big lift from its offensive backfield, with freshman running back Travis Etienne (above) rushing for 98 yards and a score and sophomore Tavian Feaster adding 92 yards on the ground.

All told, the Tigers (3-0, 1-0 ACC) amassed 613 yards of total offense against the Cardinals – more than twice the yardage they put up in last week’s workmanlike win over SEC West powerhouse Auburn.

Up next for Clemson?  Boston College – which was shredded by the Tigers 56-10 a year ago at home.  The Eagles (1-2, 0-1 ACC) will make the trip to Memorial Stadium in Clemson after falling 49-20 to Notre Dame on Saturday in Boston.  Kickoff for next week’s game is scheduled for 3:30 p.m. EDT.