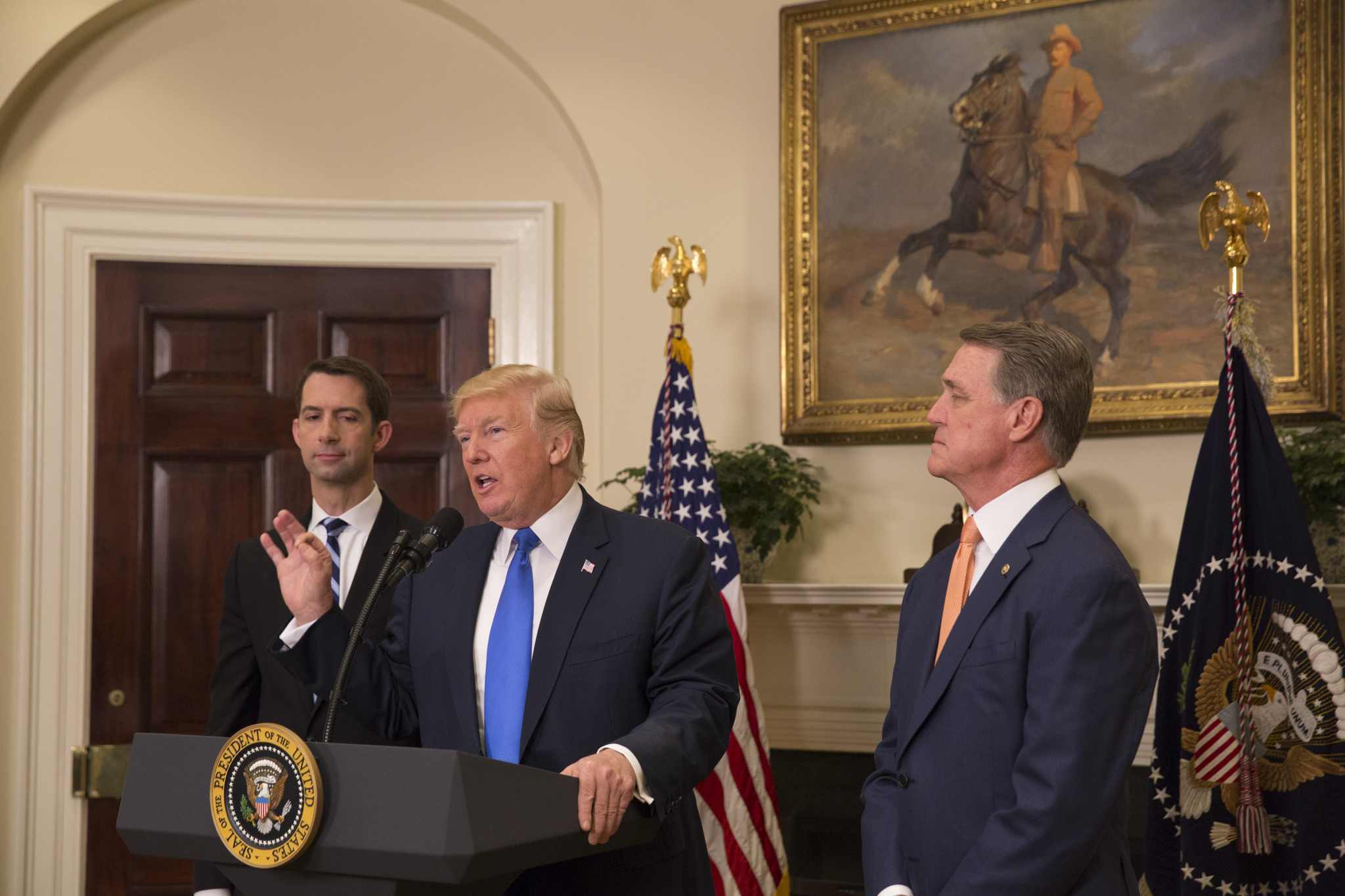 By ROBERT ROMANO || President Donald Trump bought himself and Congress more time to deal with the nation’s fiscal woes in a deal that funded the government for another three months, paid for immediate hurricane disaster relief and extended the debt ceiling to December 9.

At the time, Trump was pilloried for not separating the fiscal year funding and the debt ceiling extension.  So the thinking went, if Republicans in Congress are forced to vote on a government funding bill and the debt ceiling simultaneously, they’ll get rolled by Congressional Democrats who want to use the debt ceiling to threaten default if their priorities are not funded.

But as it turns out, says Senate Majority Leader Mitch McConnell (R-Ky.), consideration of the debt ceiling can and will be extended well beyond December.

“The deal is not quite as good as my counterpart thought it was,” McConnell told the New York Times in a podcast, explaining, “Since I was in charge of drafting the debt ceiling provision that we inserted into the flood bill we likely – almost certainly – are not going to have another debt ceiling discussion until well into 2018.”

Just like that, the fears that another vote on the debt ceiling would come up again in December were not only overblown but just plain wrong.  The Treasury will simply once again institute so-called “extraordinary measures” in December, and the only thing Congress will have to consider at the end of the year is funding for the rest of FY 2018.

This is similar to the previous debt ceiling, which expired March 15 and was not extended until September. These extraordinary measures typically can go on for months.

In other words, no leverage was lost whatsoever by President Trump with his deal on the budget.  And by buying time, he avoided a costly battle including emergency hurricane relief for Texas and Florida at a time when Houston was underwater and Florida was bracing for Irma.

The price, however, the political cost, is that the nation debt has now surpassed $20 trillion for the first time ever – and almost nothing has been achieved to reduce the baseline of spending by the GOP Congress.

The December spending bill now being considered, although it contains a number of policy riders worth considering, will not change the long-term trajectory of the debt.

The fiscal crisis the nation faces is real.  Since 2000, the $20 trillion national debt has grown 7.7 percent a year. But nominally – prior to adjusting for inflation – the U.S. economy has only grown at an average annual 3.94 percent rate.

If those trends persist during the Trump administration, the debt could be $37 trillion by the time he hypothetically leaves office after the 2024 election campaign.  By then, the debt to GDP ratio – now 106 percent – would grow dramatically, to 142 percent: $36.7 trillion debt to a $25.8 trillion economy.

By 2037, the national debt would be $93 trillion.  And if the economy continues to grow at its current slow rate, the GDP would only be $40 trillion – a debt to GDP ratio of 232 percent.

These numbers are simply unacceptable. Eventually, we get to the point where no amount of economic growth will prevent a funding crisis that will make Greece look like a bottle rocket.  That is why the President should reconsider his approach to the debt ceiling, where he is pondering a permanent extension of the debt limit.

That is the wrong approach.

Legislatively, the debt limit is one of the few checks on the expansion of the national debt.  It requires Congress to periodically increase borrowing authority, or else cut spending.  The problem with it is not that it comes up periodically, it’s that except for the 2011 debt deal that resulted in sequestration it has almost never been an event that caused Congress to consider ways to lower spending.

Instead, presidents have successfully but wrongly used the threat of default to bully Congresses into caving into White House demands.

As noted by constitutional scholar and radio talk show host Mark Levin, it is unconstitutional for the federal government to default under the 14th Amendment, which states in Section 4, “The validity of the public debt of the United States, authorized by law… shall not be questioned.”

But what if the Treasury was also legally required to prioritize spending revenue on paying interest owed and refinancing debt up to the limit?  Congress could legislate that, in accordance with the 14th Amendment, too, as in Section 5 it states, “Congress shall have power to enforce, by appropriate legislation, the provisions of this article.”

Therefore, the debt ceiling should not be eliminated, but reformed by Congress, to preclude the possibility of ever defaulting on the debt, by explicitly outlining the prioritization of spending that must occur when the debt limit is reached – on interest, Social Security, Medicare, Medicaid, the military and veterans.

Then if the debt limit was reached, the worst thing that would happen – depending on your perspective – is that the federal budget would automatically be balanced with a massive, immediate $600 billion spending cut.

This would forever take the threat of default off the table, and make conversations over raising the debt ceiling debates over how best to cut spending and get the budget under control.

Trump understands this intuitively, as he noted in his book, “The Art of the Deal,” it is important to “use your leverage.”  He wrote, “The best thing you can do is deal from strength, and leverage is the biggest strength you can have. Leverage is having something the other guy wants. Or better yet, needs. Or best of all, simply can’t do without.”

In the meantime, the President should instruct Treasury Secretary Steve Mnuchin to come up with contingency plans to continue paying the debt and refinancing debt up to the limit, and meeting other administration priorities, in the event the debt ceiling is reached, to assure financial markets that default is no longer an option.  That way, nobody can force him into a corner even if a deal cannot be had immediately.

A note of urgency, as there are few other leverage points for Trump will be able to exercise as president.  His budget proposes cutting $4.5 trillion out of the budget and get to balance in 10 years.

If the President ever wants to see those savings enacted on behalf of taxpayers, which can then be parlayed into even larger tax cuts, reforming and using the debt ceiling is as good place as any to start to get the budget under control.  But Trump has to be willing to go there and use his leverage.