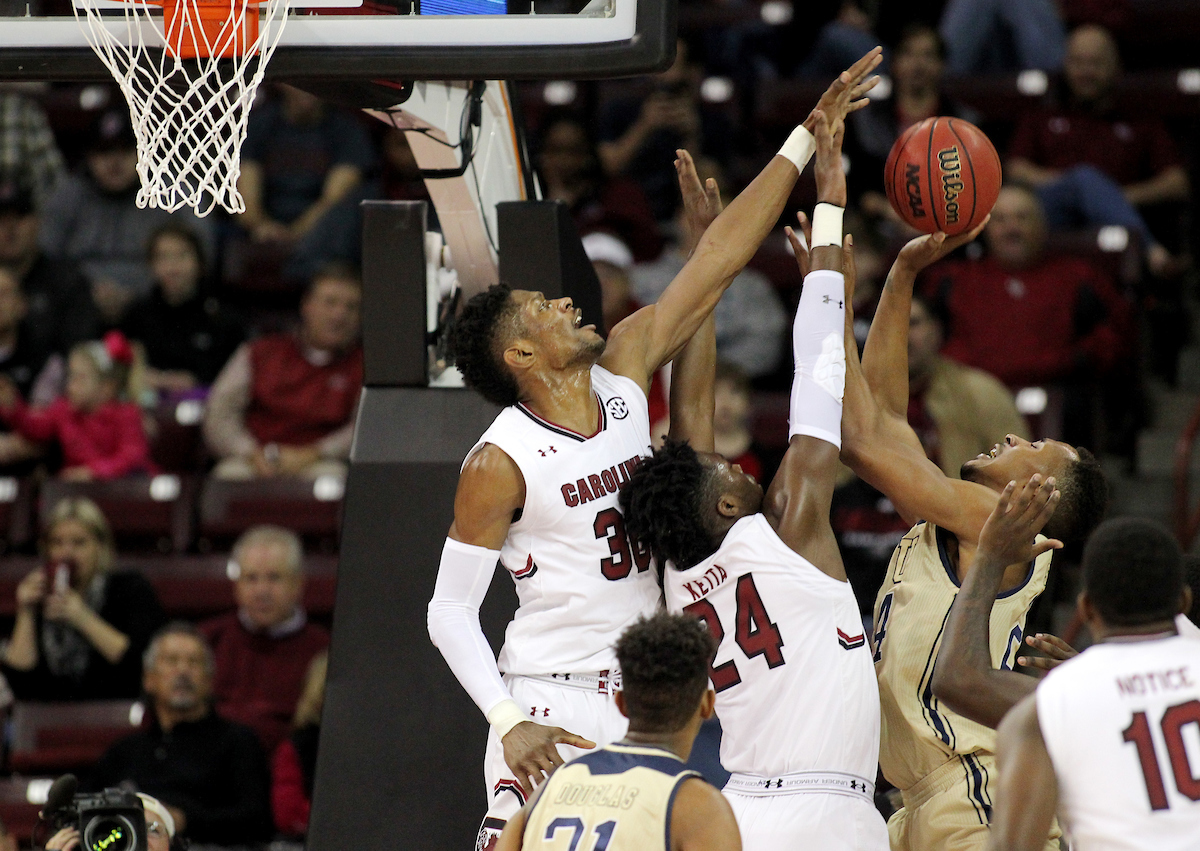 The University of South Carolina men’s basketball team has released its 2017-2018 non-conference schedule – a slate that strikes us exceedingly weak.

Seriously … where are the 2017 NCAA tournament teams?  Because we don’t see them.

Gamecock head coach Frank Martin – who led the South Carolina program to its first ever Final Four appearance last season – did his best to put a positive spin on the upcoming schedule.

“Once again we are excited about the completion of another schedule,” Martin said. “It offers numerous challenges away from home, along with some quality teams in our home slate.  The schedule is broken down in a way that it should prepare our team for the schedule of conference games and eventually postseason play.”

Here are the dates and opponents …

Fans interested in buying season tickets for the upcoming campaign can place a deposit by visiting GamecocksOnline.com/Tickets, or by calling the Gamecock Ticket Office at 1-800-4SC-FANS.

South Carolina won its first NCAA tournament game in more than four decades back in March.  The program followed up that historic win with upsets of Duke and Baylor to land in the Elite Eight – where it defeated SEC rival Florida to advance to the program’s first ever Final Four.

Martin’s 2017-2018 squad will attempt to duplicate last year’s success without stars Sindarius Thornwell and PJ Dozier – both of whom will be playing in the National Basketball Association (NBA) this season.  Meanwhile rising sophomore guard Rakym Felder has been suspended indefinitely from the program after his latest brush with the law.