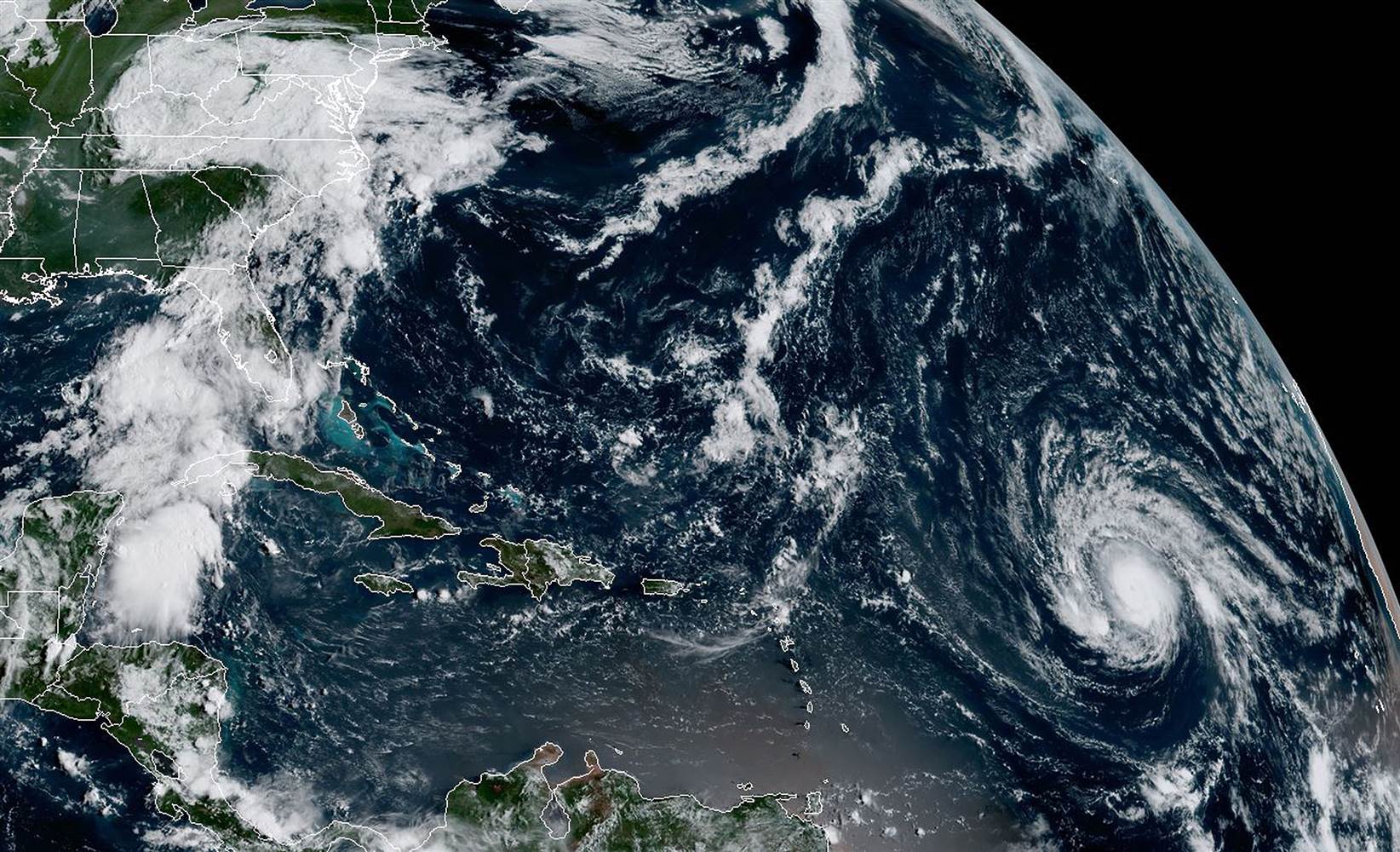 Powerful Hurricane Irma continued to churn in the Atlantic Ocean over the long Labor Day weekend – but its looming impact on the American mainland remains a guessing game for meteorologists.

As of 8:00 a.m. EDT on Monday morning, the storm was located 610 miles east of the Leeward Islands – with hurricane watches having already been issued for a number of those islands.  Irma is a major hurricane – with maximum sustained winds of 120 miles per hour, according to the National Hurricane Center (NHC) in Miami, Florida.

That makes it a strong category three storm on the Saffir-Simpson scale.

Irma is projected to reach category four status over the next few days, though, and has become a better organized system according to satellite imagery.

Where is it going?

Here is the latest five-day forecast window for the storm … 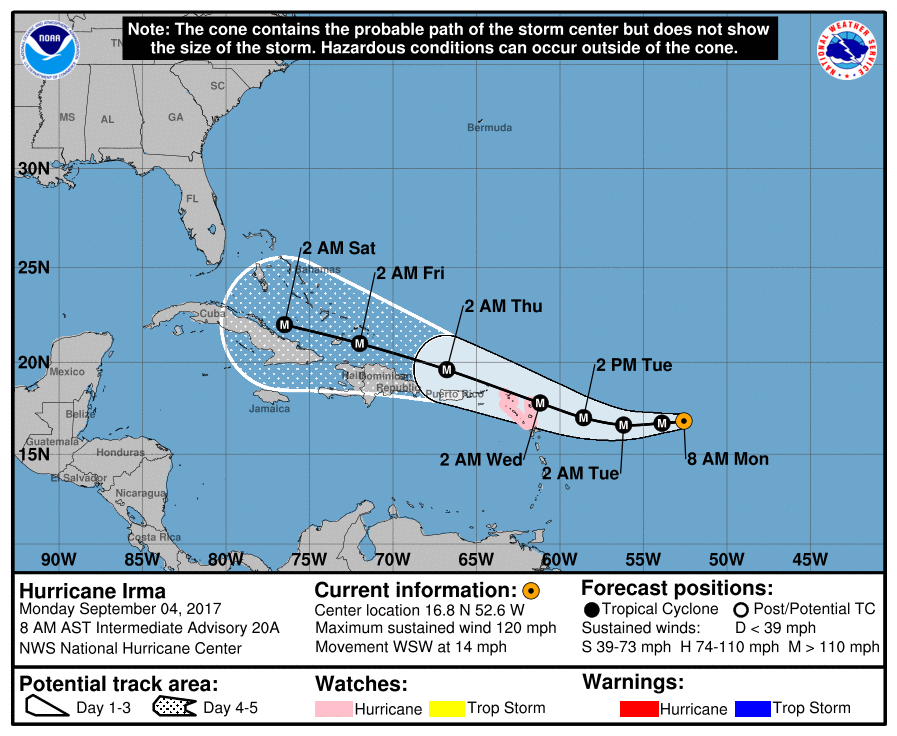 And here is its latest projected path …

Forecasters seem fairly certain about Irma’s five-day window, but after that all bets are off.

“For the next five days, Irma will move west-southwestward, then west-northwest on the south side of a ridge of high pressure called the Bermuda high, centered in the central Atlantic,” The Weather Channel predicted.  “By next weekend, Irma will begin to turn north in the direction of a departing southward dip in the jet stream that will set up in the eastern United States. Where that northward turn occurs will be critical for what impacts parts of the United States may see from Irma.”

AccuWeather forecasters agree it’s still too early to tell where the storm will wind up.

“The exact path of Irma beyond the end of the week remains uncertain and will depend on a variety of moving parts in the atmosphere,” the service noted. “A landfall in Florida, Georgia and the Carolinas is all in the realm of possibilities.  The potential remains for the storm to curve northward and miss the East Coast entirely.  Irma could also take a more southern track and brush Cuba.”

Irma’s approach comes as the United States is still reeling from Hurricane Harvey, a category four monster that came completely out of nowhere late last month to hammer Texas with unprecedented rainfall and catastrophic flooding.

Harvey is likely to be the costliest natural disaster in American history – not because of the impact of its landfall, but because the system got stuck in a holding pattern over southeastern Texas for several days after coming ashore.