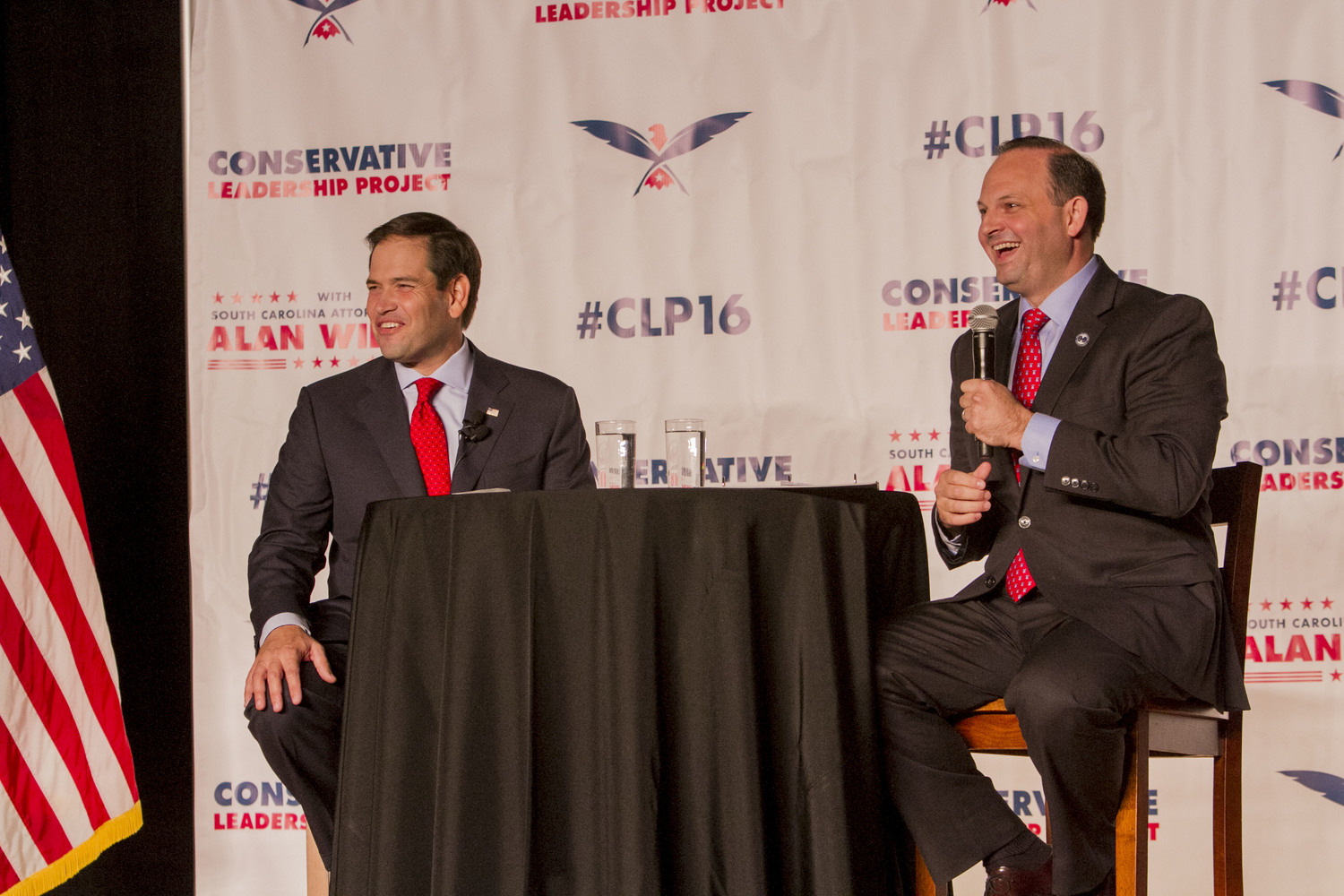 It was a brutal week for embattled South Carolina attorney general Alan Wilson, so it’s not surprising to hear there’s been plenty of additional speculation regarding his political future.

We’re referring most immediately, of course, to Wilson’s proximity to an ongoing criminal investigation probing corruption in state government.

Many believe Wilson is a focus of this investigation … specifically as it relates to his high-profile (and ultimately unsuccessful) efforts to block the probe last spring.

His supporters insist that’s not the case.  They say Wilson’s alleged obstruction was simply an effort to preserve the integrity of the investigation.

Assuming Wilson manages to avoid any legal entanglements related to #ProbeGate, though, he still has the political fallout to deal with …

Last year, a pair of credible challengers stepped forward indicating their interest in running against Wilson for the “Republican” attorney general nomination next spring.

One of them – former federal prosecutor Chad Groover – has since indicated he is not running.  The other – Lowcountry state representative Peter McCoy – has since become one of the top two candidates to become the next U.S. attorney for the state of South Carolina.

That’s effectively taken him out of the discussion for attorney general – although if McCoy were to lose the U.S. attorney position to Columbia, S.C. attorney Sherri Lydon (the other frontrunner for this post), we could see him jumping into a race against Wilson.

Who else is contemplating a bid?

According to our sources, a major push is underway to get state representative Jay Jordan of Florence, S.C. to jump into the race – something Jordan has told supporters he is inclined to do if no one else picks up the gauntlet.

Rumors abound in the South Carolina Upstate that newly elected State Senator William Timmons is mulling a bid against Wilson.  We believe it is highly unlikely Timmons will run, though.  One reason?  His proximity to the “Castle Killing” case – a controversial 2016 shooting that involved one of Timmons’ business partners and political donors (and which was investigated by Timmons’ former colleagues in the S.C. thirteenth judicial circuit).

Whoever jumps into this race will need to do so quickly, though, and begin raising significant campaign cash just as fast.

Despite recent struggles to raise money, Wilson still has over $1 million sitting in his campaign account – a formidable sum at this stage of the game in a down-ballot race.  He’s also reportedly hired a new nut-cutting national consultant to replace Richard Quinn, his longtime political advisor.

We’ll continue to keep a close eye on this contest in the event any GOP challengers to Wilson begin taking more concrete steps.  We’ll also keep an eye out for possible Democratic challengers, as this is one statewide race that could conceivably be competitive given the cloud of scandal currently hanging over the incumbent.