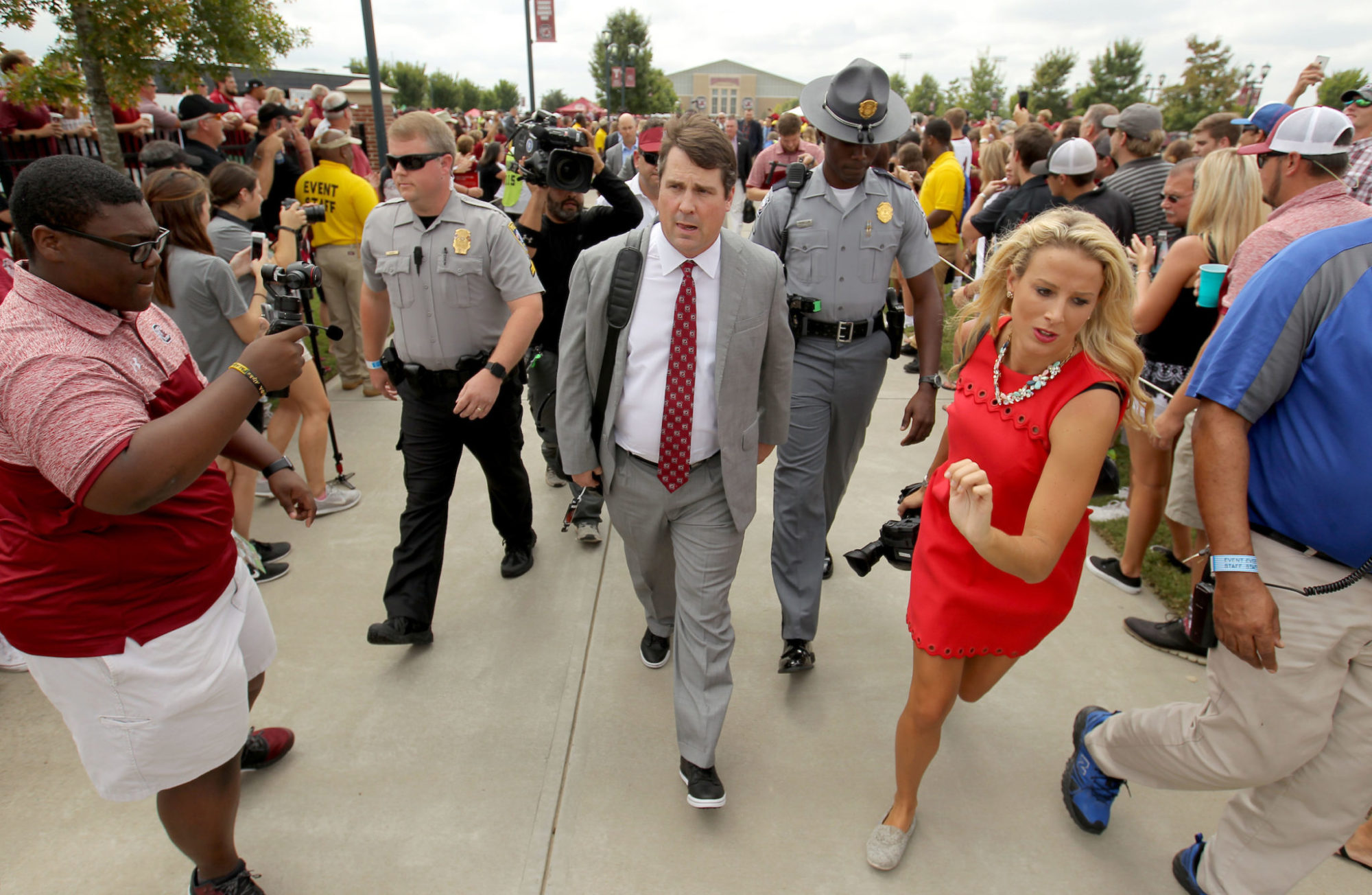 University of South Carolina head football coach Will Muschamp accused The (Columbia, S.C.) State newspaper of “irresponsible journalism” in the aftermath of its reporting of an alleged barroom assault reportedly involving a pair of star Gamecock football players.

“I have talked to Deebo Samuel and he was not at the establishment, so it was an incorrect report and irresponsible journalism, in my opinion,” Muschamp said.

Nonetheless, Samuel is one of three alleged assailants named in a city of Columbia, S.C. police report connected to the incident.  That report served as the basis for the story broken yesterday by reporter Teddy Kulmala.  Also named in the report?  Skai Moore, a fifth-year senior who led the Gamecocks in tackles from 2013-2015.

Moore missed all of last season with a neck injury.  The second-team All-SEC performer was expected to come back this year and quarterback the Gamecock defense, though.

So far, Muschamp has yet to address Moore’s alleged association with the altercation.

According to the police report, Samuel, Moore and former USC player Jalen Dread physically assaulted a 24-year-old former Marine who objected to one of them reportedly knocking his cell phone from his hand.

The ex-soldier – described by family members as an Afghan War veteran – confronted the players after they allegedly knocked his phone to the ground.

“The subjects then became agitated, refuting the accusation,” the report stated. “After a few seconds, the incident escalated to the subjects physically assaulting him.”

According to the police report the victim was hit several times in the face and suffered “visible swelling.”

“The subjects were identified by the fact that they were each USC football players,” the police report noted.

No charges have been filed in connection with the alleged incident, although Columbia police say that there is an ongoing investigation – and that their inquiry is hoping to obtain a copy of video surveillance footage from Five Points Saloon that reportedly captured the alleged assault as it happened.

“A Columbia Police investigator continues to gather information regarding the assault allegation in order to determine if a criminal act occurred, to identify any assailants, and to discover and gather all potential evidence, including surveillance camera footage,” city of Columbia spokeswoman Jennifer Timmons told us.

Timmons said anyone with information related to the incident should call Crimestoppers at 1-888-CRIME-SC.

Obviously the production – or lack thereof – of this rumored video evidence will go a long way in determining how this drama unfolds, particularly as it relates to Samuel.  One of the Gamecocks most potent offensive weapons, he led the team with 59 receptions and 783 receiving yards last year.  The 6-foot-0, 200-pound Inman, S.C. native caught one scoring strike and ran for six additional touchdowns – despite missing three games with an injury.  Along with sophomore quarterback Jake Bentley, he is slated for a starring role in the Gamecock offense this fall.