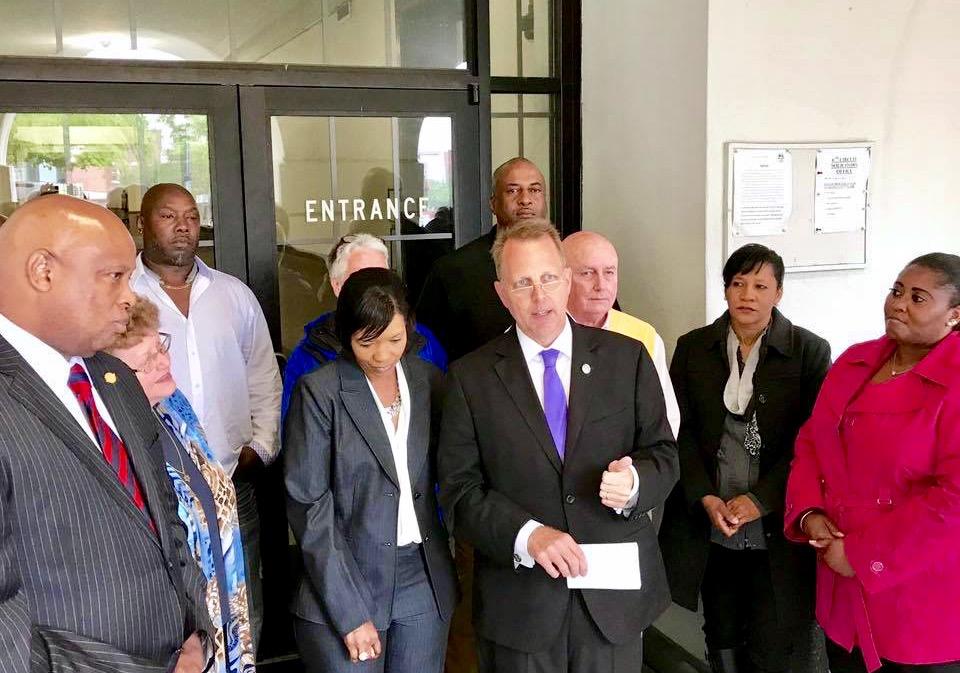 With gallons of ink being expended on #ProbeGate – an ongoing criminal investigation into corruption in South Carolina state government – it’s been easy to forget that there are other pending cases involving prominent Palmetto politicos.

Including one involving a sitting congressman …

As we exclusively reported last September, a 40-year-old woman who goes by the alias Crystal Brightstone accused Fanning of seducing her in the early 1990s – beginning when she was a 16-year-old student at Estill High School in rural Hampton County.

Fanning was a teacher at the school at the time.

“He used his position of power as a teacher to seduce me as a child,” Brightstone told us.  “As a rising Senior, he informed me one day in his car on campus that he was in love with me.  During my senior year, we engaged in intense touching (and) oral sexual activity.  I was essentially brainwashed and never told anyone or he told me that he could lose his job.”

Our report also revealed Fanning was the subject of a 1998 Richland County sheriff’s department investigation into similar allegations when he was a teacher at Columbia High School.  Fanning was not charged in that case because an assistant Richland County solicitor determined there was “not sufficient evidence for criminal prosecution.”

Fanning categorically denied all of the allegations.

“I am immensely proud of my teaching record and can categorically deny any wrongdoing,” Fanning told us at the time.

According to reporter Avery Wilks of The (Columbia, S.C.) State newspaper, Fanning will not be charged in connection with the Brightstone case either after a five-month investigation by the S.C. State Law Enforcement Division (SLED) also failed to produce “sufficient evidence.”

“The people of this district, a jury of peers, my friends, my coworkers, my neighbors know my character,” Fanning told Wilks. “They knew these allegations did not pass the smell test. From York to Rock Hill to Chester to Fairfield, the people were not bamboozled.”

Obviously Fanning and his accusers are the only ones in possession of the full truth regarding these allegations.  As such, they will be accountable to the truth when they meet their makers.  Based upon the case files we reviewed in our original reporting on this matter, it seemed clear to us there was some questionable judgment exercised by Fanning in his relations with students – but we’re not sure what sort of evidence or testimony was provided to SLED to support the criminal allegations against him.

Whatever it was, it wasn’t enough to move forward with criminal charges …