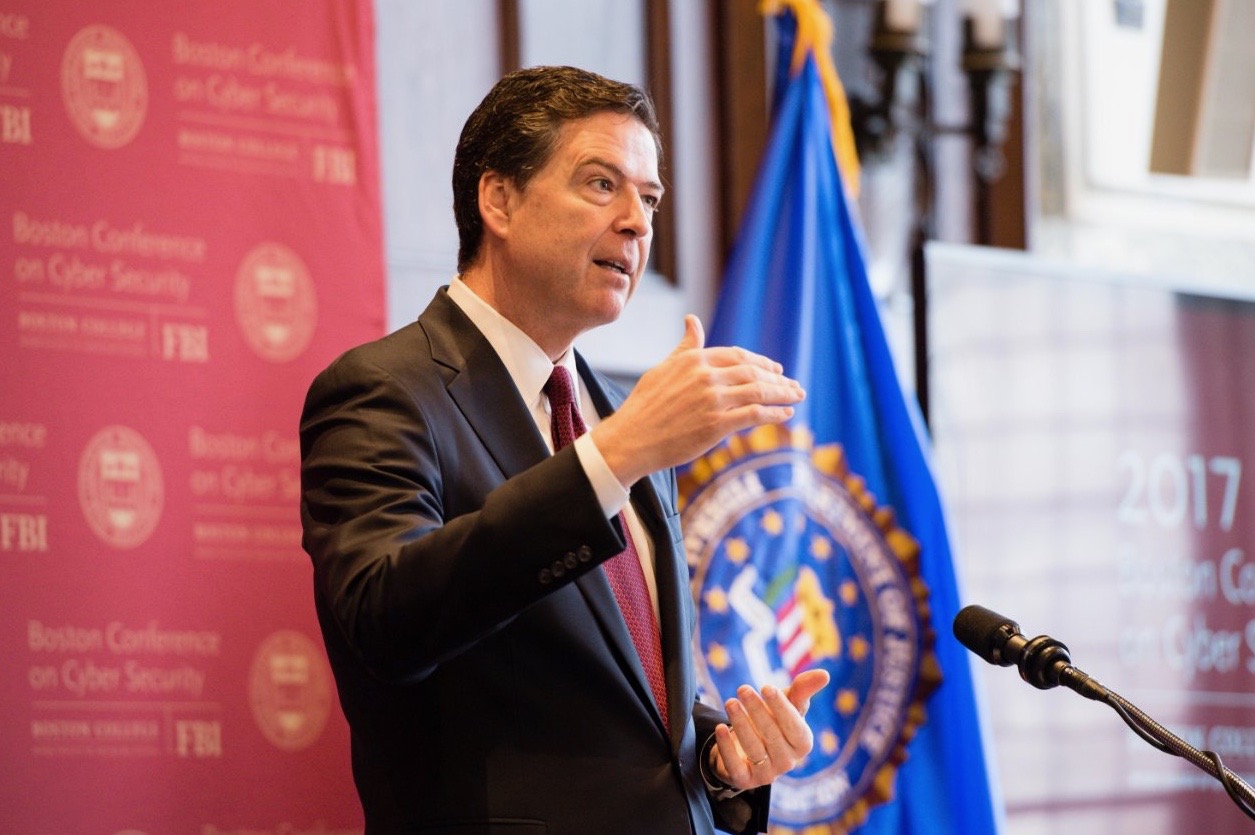 It takes awhile to arrive at the point, but Gizmodo’s Ashley Feinberg has an interesting piece up this week detailing her successful quest to locate Federal Bureau of Investigation (FBI) director James Comey‘s secret Twitter account.

“Last night, at the Intelligence and National Security Alliance leadership dinner, Comey let slip that he has both a secret Twitter and an Instagram account in the course of relating a quick anecdote about one of his daughters,” Feinberg’s narrative begins.

Then, in excruciating detail (seriously … we needed two naps to get through her article), Feinberg documents how this revelation eventually led her to @ProjectExile7 – the alleged personal account of Comey (a.k.a. Reinhold Niebuhr).

The account, originally unsecured and boasting only one follower, is now locked.

What did Feinberg learn about this secretive profile?

ProjectExile7 follows 27 other accounts, the majority of which are either reporters, news outlets, or official government and law enforcement accounts. The New York Times’ Adam Goldman and David Sanger and the Washington Post’s Ellen Nakashima and David Ignatius, all of whom have been aggressively covering the FBI investigation into Trump’s contacts with Russian agents, made the list, as did Wittes and former Bush Administration colleague Jack Goldsmith. Donald Trump is on there, too, but @projectexile7 seems to have begun following him relatively recently (its first follow was @nytimes).

Comey’s alleged alter ego only had one follower, though …

There is only one person currently following the account: Benjamin Wittes of Lawfare. Wittes is no Twitter neophyte. He is an active user with more than 25,000 followers, and he only follows 1,178 accounts—meaning he is not a subscriber to the “followback” philosophy. If he is following a random egg—and is the only account following it—there is probably a reason.

What do we make of this?

Seems pretty simple: The FBI director had a secret Twitter account that was followed by only one person – who just so happens to be a senior fellow at the uber-liberal Brookings Institute, an ex-Washington Post columnist and the founder of an insider website that extensively covers national security issues with a pro-establishment slant.

In fact according to investigative journalist Glenn Greenwald, Wittes’ website has a “courtier Beltway mentality,” one devoted to “serving, venerating and justifying the acts of those in power.”