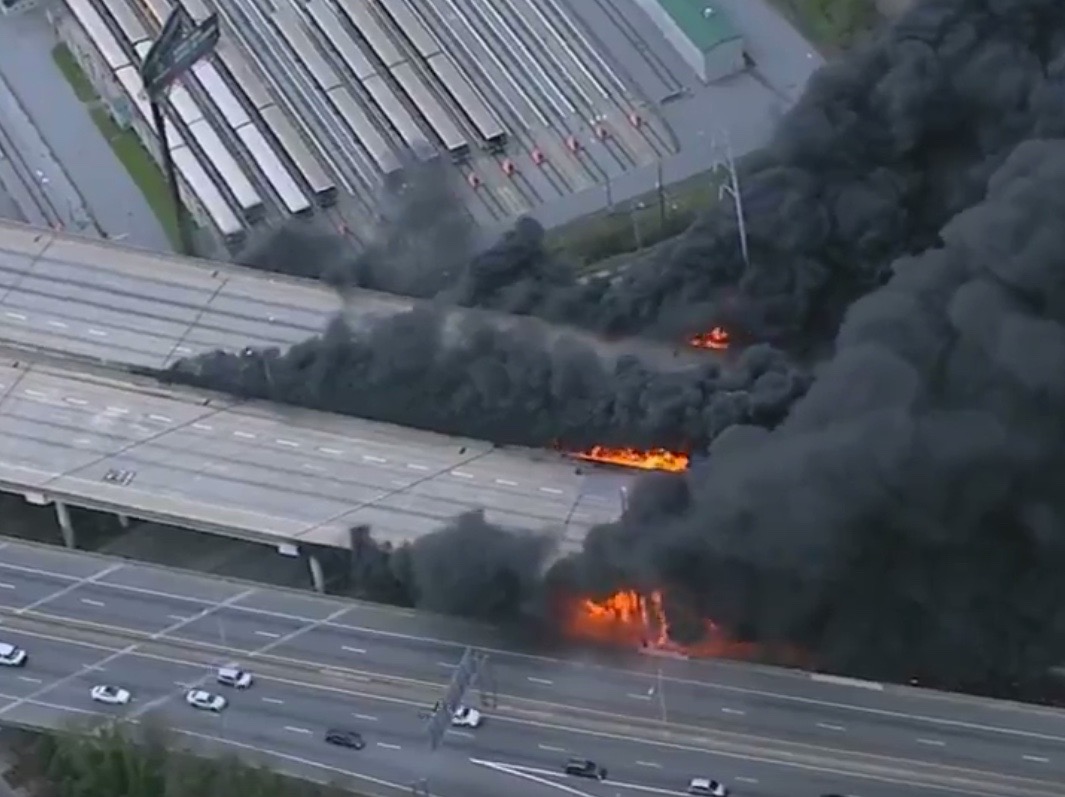 A busy section of Interstate 85 in north-central Atlanta, Georgia collapsed in a fire late Thursday – creating commuter havoc in what is already one of the world’s most congested metropolises and elevating the debate over America’s deteriorating infrastructure.

Thankfully no one was injured in the disaster, but the conflagration and ensuing structural failure of this busy, elevated four-lane highway created massive traffic jams at an especially critical time of year in America’s ninth-largest city.

An estimated 220,000 cars pass over the northbound Interstate 85 overpass every day – or at least they did prior to yesterday’s fire and ensuing collapse.  Atlanta is poised to welcome a major influx of traffic in the coming days due to Spring Break and the beginning of baseball season.

It’s not clear what sparked the blaze – but firefighters continued their work on Friday as Georgia Department of Transportation officials assessed the damage.

“The extent of the fire-related damage necessitates extensive reconstruction activities to ensure the safety of motorists,” Georgia DOT Commissioner Russell R. McMurry said in a statement. “We began design of the known damaged sections last night and continue designs as information is received. At this time, we do not have an anticipated duration for the repairs as we have not been able to fully access the site due to hotspots, but we do know that it is expected to be a time consuming event.”

The good news?  So far there is nothing to suggest the inferno is related to terrorism – although arson has not been ruled out. 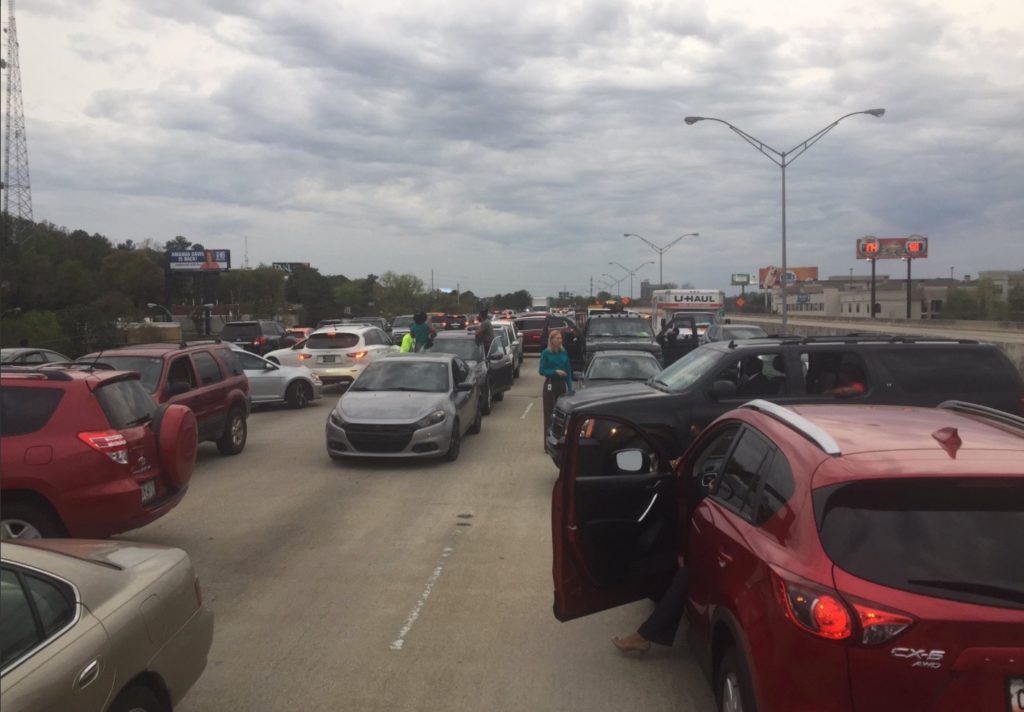 Whatever caused the fire, it didn’t take long for politicians in Atlanta to fan the flames (rhetorically speaking, of course).

John Eaves, chairman of the Fulton County commission and a candidate for mayor, sent an email to his supporters in the early morning hours on Friday claiming the incident “exposes the underlying issue of the lack of a cohesive and comprehensive transportation plan.”

Last January, Georgia governor Nathan Deal unveiled a ten-year, $10 billion infrastructure enhancement program that included significant road work in and around the Atlanta area.  Deal’s plan included numerous toll roads, though, which we do not support.

Either way, looks like his efforts came a bit too late …

Unfortunately politicians – at all levels – continue to expand the size and scope of government, wasting tax dollars on non-essential “priorities” (i.e. crony capitalism).  This drains resources away from core functions, and drains the economy as well.