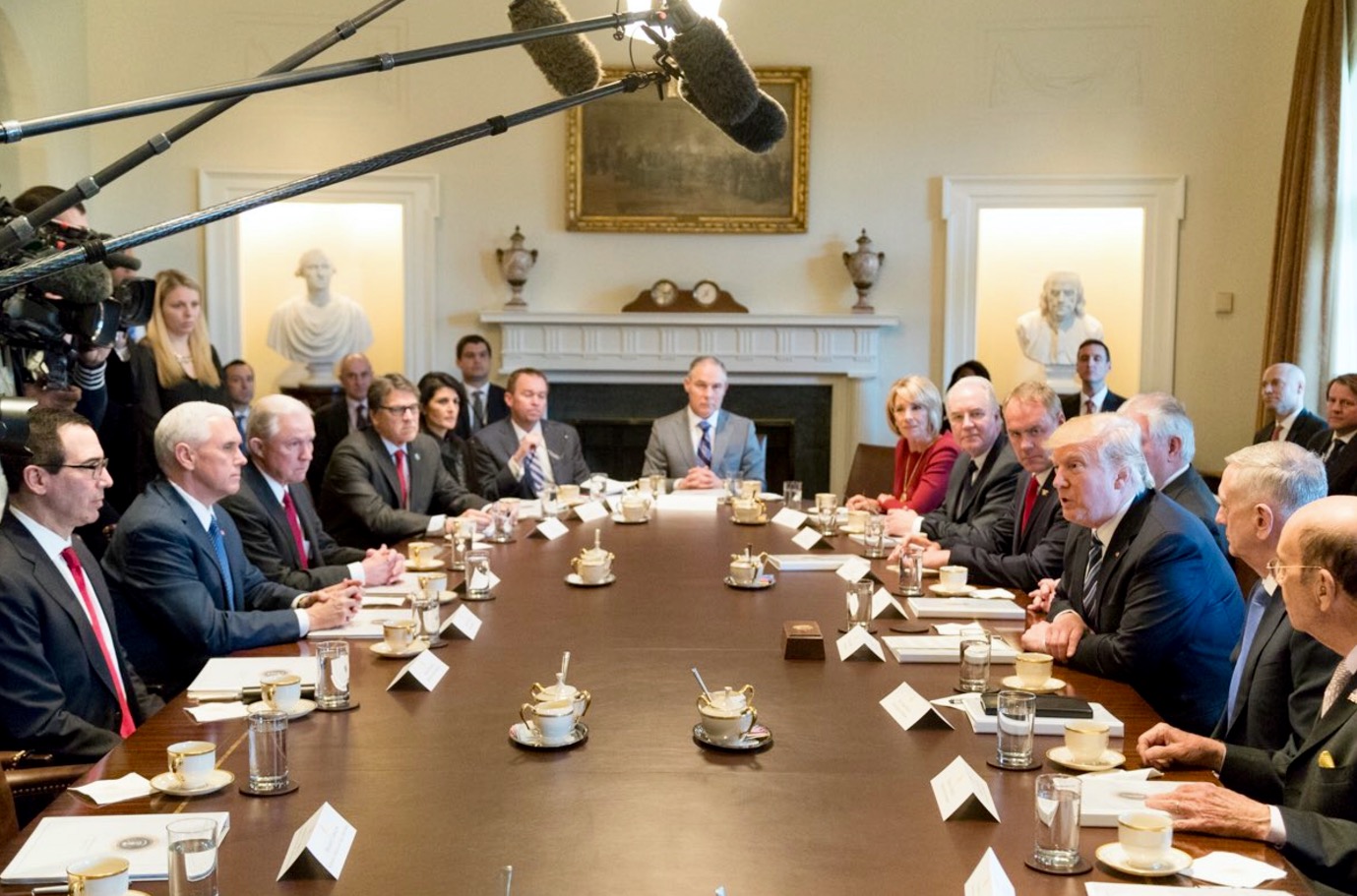 WHY THIS DEBATE IS AN OPPORTUNITY, NOT A CRISIS …

The debt ceiling is back.

On March 15, Congress’ suspension of the debt ceiling ended, just as the national debt appears poised to top $20 trillion for the first time in U.S. history.

What that means is the federal government cannot borrow any more money under the law — for now. President Donald Trump now must go to Congress to request an increase in the government’s credit limit, but he need not come away from that process empty-handed.

If one-third of one chamber of Congress were willing to back up the president, Trump could get key reforms in place to make the U.S. debt more sustainable over the long-term and put the economy on a path for robust growth.

“The debt ceiling now provides a unique opportunity to create real reforms on a must-pass vote, giving Trump and Republicans in Congress another vehicle to reduce the size and role of government and drain the swamp,” Americans for Limited Government President Rick Manning urged in a statement.

Manning said that Trump would have “the political high ground and the advantage on any debt ceiling fight” as the Department of Treasury implements “extraordinary measures” to keep the debt under the statutory limit, because, Manning noted, “because he controls the timing” of a vote.

What that means is Trump to a large degree gets to dictate the terms of the debate. In the past, under the Obama administration, that meant pushing Congress to increase the debt ceiling or else risk default because it did not believe it could prioritize payments under the law.

A 2012 Treasury Inspector General report of the debt ceiling debate of 2011 found that “While Congress enacted these expenditures, it did not prioritize them, nor did it direct the President or the Treasury to pay some expenses and not pay others.”

The report continued, “As a result, Treasury officials determined that there is no fair or sensible way to pick and choose among the many bills that come due every day. Furthermore, because Congress has never provided guidance to the contrary, Treasury’s systems are designed to make each payment in the order it comes due.”

But Trump could take the exact opposite tact. That is, until Congress raises the limit, just make certain that payments are made on interest owed on the debt, and on Social Security, Medicare, Medicaid, the military and veterans, along with other priorities. Non-essential functions could temporarily cease, largely drawn out of the non-defense discretionary budget.

After all, as the 2012 Treasury Inspector General notes, there is no statute governing the priority of payments when the debt limit is reached. There is nothing that compels the Treasury to make payments in the order they come due.

As noted by a 1985 then-Government Accounting Office report, “We are aware of no statute or any other basis for concluding that Treasury is required to pay outstanding obligations in the order which they are presented for payment unless it chooses to do so. Treasury if free to liquidate obligations in any order it finds will best serve the interest of the United States.”

It added, “The Secretary of the Treasury does have the authority to choose the order in which to pay obligations of the United States.”

That would give Trump all the leverage he would need, said Manning, to compel Congress to implement reforms that limit the size and scope of government — that is, if members want the rest of the government reopen for business.

All the president would need be enough members of the House or Senate to sustain a presidential veto on the debt ceiling, giving the White House what it needs to force Congressional leaders to the table to negotiate. Democrats would protest, but with much of the federal workforce without any financing to carry on operations, reality would set in that a deal has to be done.

It could be tax reform. Or entitlement reform. Or civil service reform. Or, you name it. The debt ceiling is an big opportunity to get big things done — on behalf of the American people. It just takes the will to accomplish it.

The question is not whether the president has leverage on the debt ceiling. He has to sign it in order to become law. The question is whether enough Congressional Republicans would be willing to back him in a bid to implement real reforms that will truly rein in the administrative state.