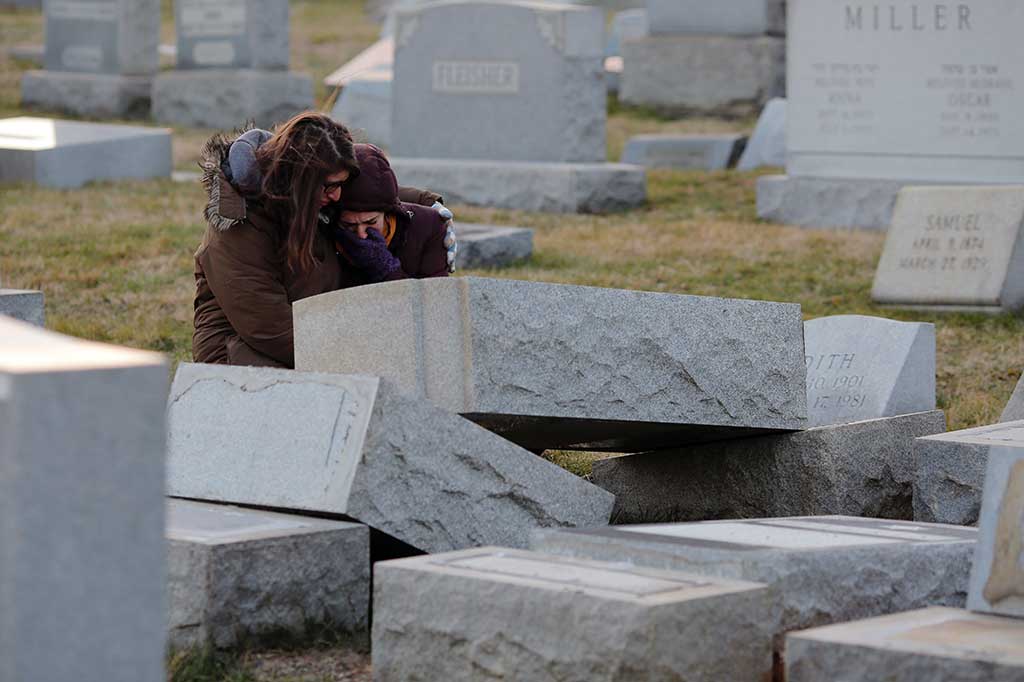 ENOUGH WITH THE HATE …

This website is outspoken in its contempt for political correctness.  Also, we’ve also been less-than-generous in our assessment of the Jewish State.  Furthermore, we don’t believe the federal government ought to be in the business of discriminating when it comes to “hate crimes.”

Still, the recent desecration of Jewish cemeteries and threats made against synagogues is despicable – and needs to be called out.

We can’t think of anything lower …

Whatever your religion, race, gender, geography, sexual orientation … whatever your whatever … such conduct cannot be tolerated.

The equation that is America only works when all of us follow the rules.  And the rules are – or should be – simple.

Basically, we can indulge and express whatever biases we want … up to a point.

Again, it’s simple: We must respect each other’s life, liberty and property.  And government must discharge its few core functions (most of them ideally limited to the protection of those three things) without discrimination as it relates to any of the above factors.

Desecrating gravestones is an especially abhorrent assault on private property … which is what makes it wrong.  Not that it is anti-semitic.

In fact, we don’t really believe there is a wave of anti-semitism in America.  One reason?  The one person arrested in connection with recent bomb threats to synagogues is … wait for it … a liberal activist.

(We’re referring specifically to left-wing journalist Juan Thompson of St. Louis, Missouri.  For more on his situation, check out this report).

But they have a right to impose those limitations upon themselves.

They do not, however, have the right to express their biases via the desecration of private property, the denial of individual liberty or the destruction of human life.

That’s a line that, when crossed, must be called out … no matter who crosses it.