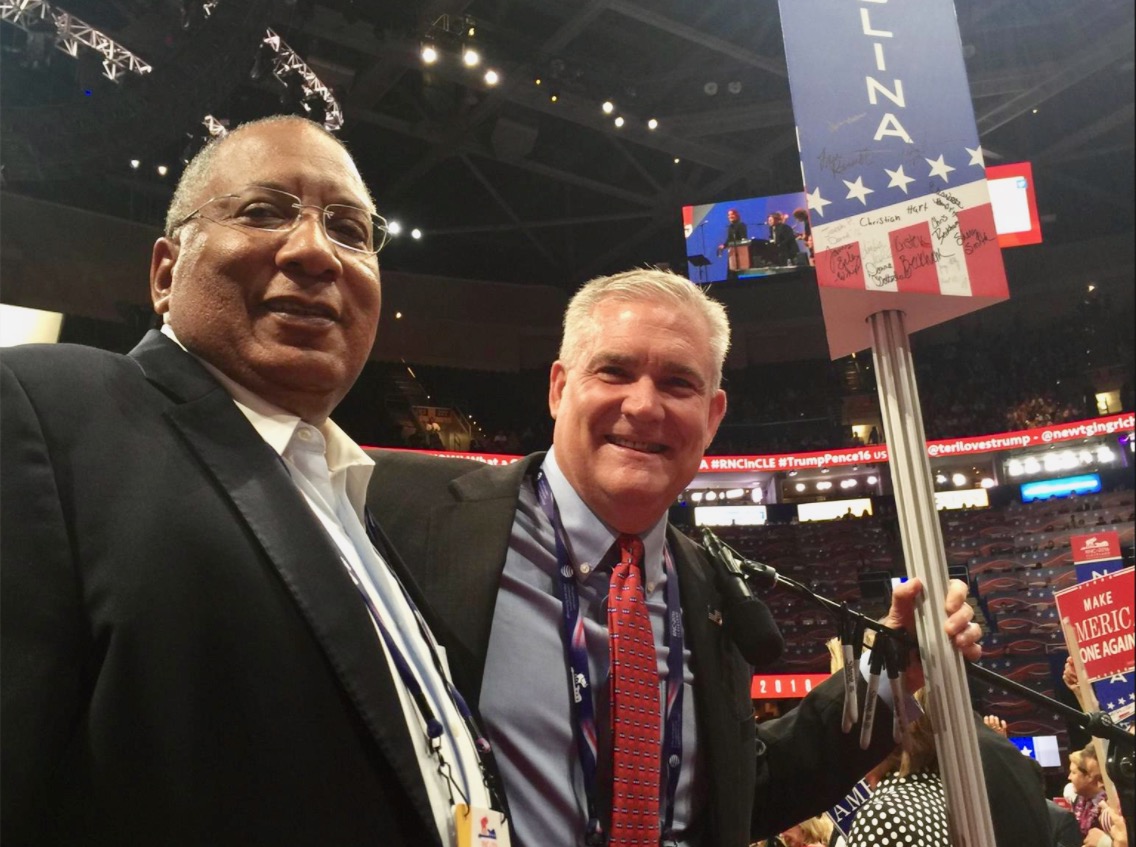 They don’t call it the “fightin’ fifth” for nothing …

Connelly – who led the SCGOP from 2011-2013 – is one of six announced candidates in the race to replace former U.S. Rep. Mick Mulvaney, who resigned this seat to become the next director of the White House’s Office of Management and Budget (OMB).

Mulvaney’s appointment by U.S. president Donald Trump – and Connelly’s interest in filling the seat he recently vacated – are two stories that broke exclusively on this website (here and here).

Connelly announced his candidacy last week.  His entry into the race has prompted several of his opponents to begin circulating a three-and-a-half minute video in which one of Connelly’s former opponents for the 2013 SCGOP chairman’s race – Samuel Harms – accused him of destroying the party’s finances.

“He talks about raising more money than any other chairman,” Harms says in the nearly four-year-old video clip. “I’m here to tell you that’s just baloney.”

According to Harms, Connelly took out a $340,000 loan in January of 2013 – using the party’s Columbia, S.C. headquarters as collateral – because the organization was “literally on the verge of fiscal collapse” at the time.

Harms also accused Connelly of pushing for a “one million dollar government bailout” for the SCGOP in 2012.

Connelly resigned as SCGOP chairman in June of 2013 to become a member of the Republican National Committee (RNC).  He was replaced by Matt Moore, who recently announced his intention to step down at the end of his term in 2017.

So are the allegations against Connelly accurate?  Yes … and no.

The party did borrow $340,000 in 2013, but that was in response to the infamous “Ballot-mageddon” drama – a mass purge of the state’s 2012 primary ballot which took place after several hundred candidates failed to properly fill out their paperwork when filing for various elected offices.

Not only did we break this story, we reported on the dire financial straits in which it placed the SCGOP.

Was that Connelly’s fault?  No … although some have claimed he should have provided better counsel to these aspiring candidates.

“With all due respect there’s nothing new here,” Byars told us.  “These attacks were proven false and as a result Chad won reelection overwhelmingly.”

According to Byars, Connelly’s opponents are rehashing old lines of attack in an attempt to discredit his recent entry into the race.

“We created a lot of momentum last week with Chad’s announcement and the tour he did of the fifth district, I guess some folks are already getting nervous,” Byars said.  “They should be.”