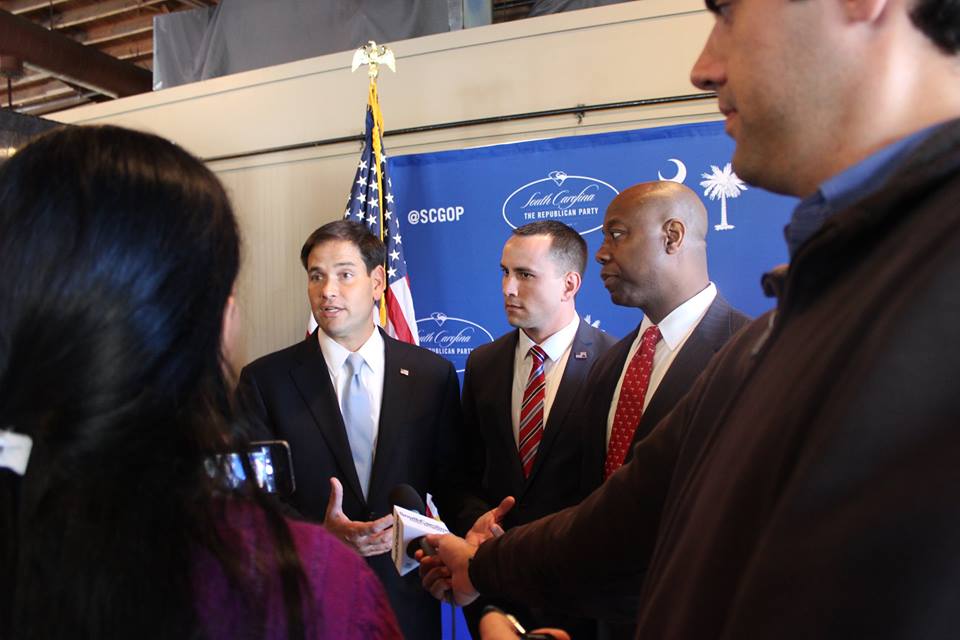 S.C. Republican Party chairman Matt Moore told a group of GOP executive committee members this week that he will not seek a third two-year term as leader of the state party.

The Georgia native – who came to South Carolina in 2007 with one name in his Palmetto political rolodex (that of Mark Sanford) – was elected party chairman in 2013.  He was the nation’s youngest state party chairman then – and now.

Moore’s legacy?  Well, Republicans hold vast majorities in both chambers of the state’s all-powerful legislature as well as all nine statewide constitutional offices.  Both of the state’s U.S. Senators are also Republicans, as are six of seven U.S. Representatives.

Of course that was the way things were when Moore got this job … and it’s the way they will likely stay after he leaves.

As for Moore’s personal legacy, it is also a bit of a dichotomy.  Many party leaders and activists swear by him  – citing his work in the trenches on behalf of limited government groups prior to becoming chairman.

They also point to his willingness to defy the political empire of neo-Confederate GOP consultant Richard Quinn.  This rift played out on the statewide stage last spring when S.C. attorney general Alan Wilson, then Quinn’s top prospect for the 2018 governor’s race, imploded during an obstruction of justice scandal.

While that battle may have pitted Moore against one set of establishment interests, others in the GOP believe he sold out to the national establishment wing of the party – and sold out his party to special interests.  Specifically there is concern as to Moore’s proximity to veteran Republican lobbyist and consultant Warren Tompkins, who has made his living foisting fiscally liberal candidates and legislation on the people of the Palmetto State.

Many suspect Moore will land a job with Tompkins upon his departure from the SCGOP, although the 34-year-old politico says he has “no plans going forward.”

Had he sought a third term, Moore would have likely faced a credible challenger.

Former SCGOP chairman Katon Dawson, who held this office from 2002-2009, circulated a letter earlier in December looking to gin up support for a campaign against Moore – but he quickly abandoned those plans.  According to our sources, Dawson lacked the backing of supporters of president Donald Trump – whose candidacy Moore is perceived to have opposed.

Republican political consultant Drew McKissick has confirmed to several activists that he will campaign for the GOP chairmanship.  In fact he already has the support of several members of the party’s executive committee, we’re told.