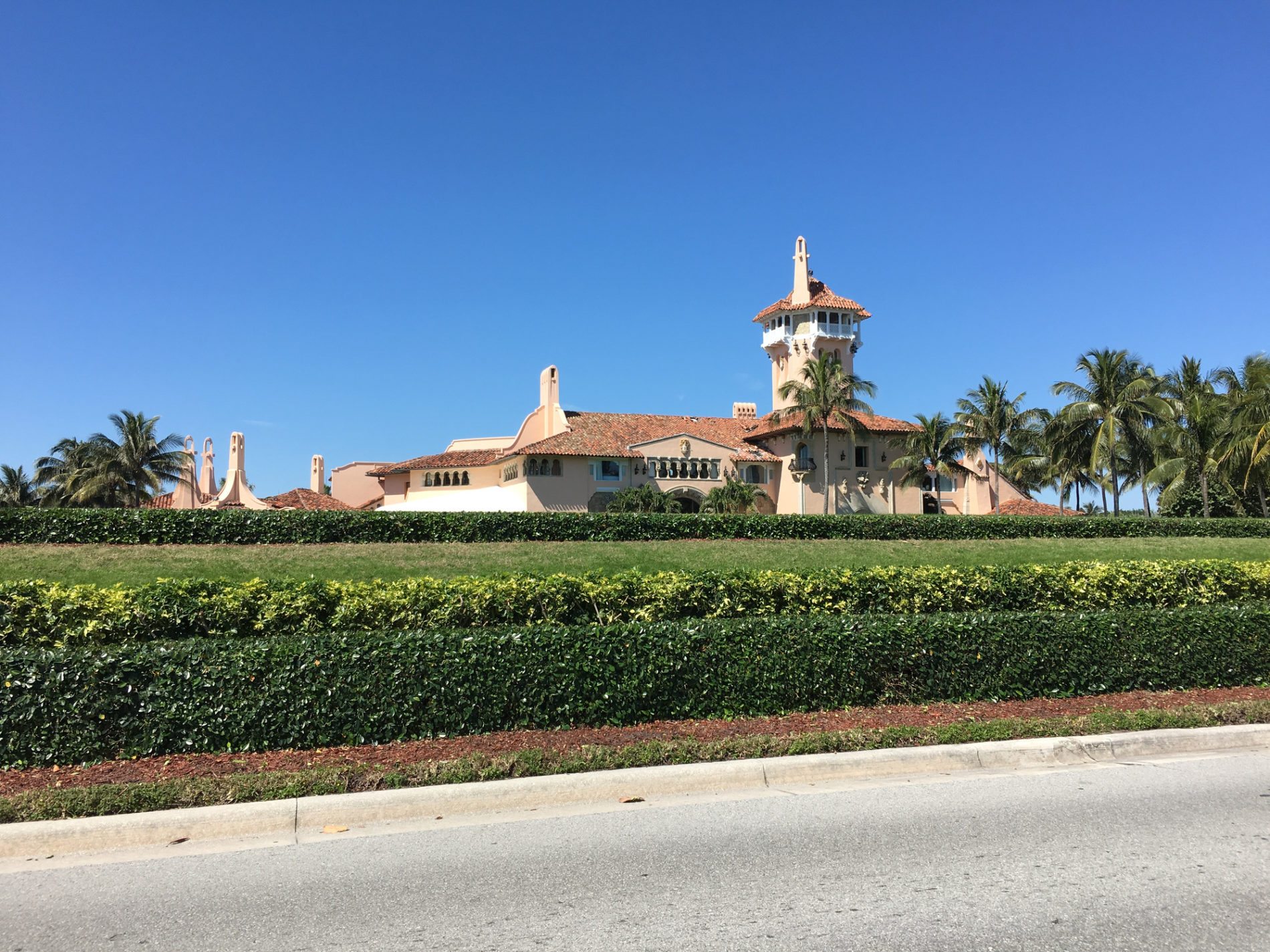 Last week this website reported on the rampant speculation among candidates and operatives within the fifth district congressional district race as to the recent whereabouts of Tom Mullikin – one of the six announced candidates for the seat recently vacated by U.S. Rep. Mick Mulvaney.

Mullikin – who has contributed in the past to numerous Democratic candidates – has already been blasted by one of his opponents as a “fake Republican.”  So when he went off the grid last weekend – a departure from campaigning which coincided with a Democratic congressional event in Baltimore, Maryland – it didn’t take long for rival campaigns to start speculating as to his itinerary.

“It’s a big secret … he was at the Democrat retreat in Baltimore planning on how to get them involved to flood the Republican primary for Congress,” one of our tipsters alleged.

Not in Baltimore.  And not with Democrats.

According to an entry posted to his Facebook page late Sunday, Mullikin and his wife were in Palm Beach, Florida – specifically at the Mar-a-Lago estate currently serving as the Winter White House for U.S. president Donald Trump.

“As many of you know, Virgina Ann and I were honored to attend President Donald J. Trump’s Mar-a-Lago dinner in honor of Japanese Prime Minister Shinz? Abe’s visit last weekend,” Mullikin wrote.  “We hope you enjoy some of the photos we’re able to share from that weekend.” 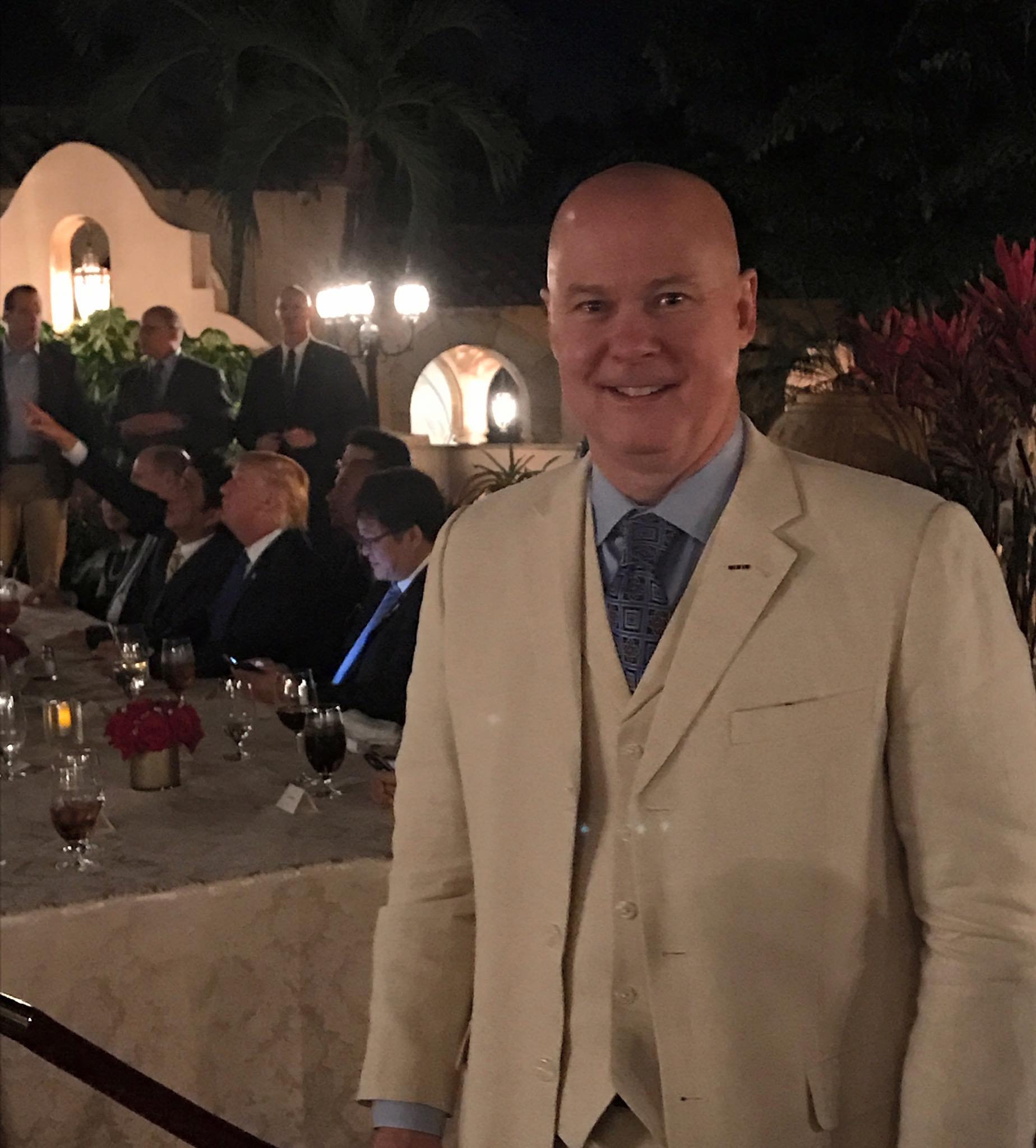 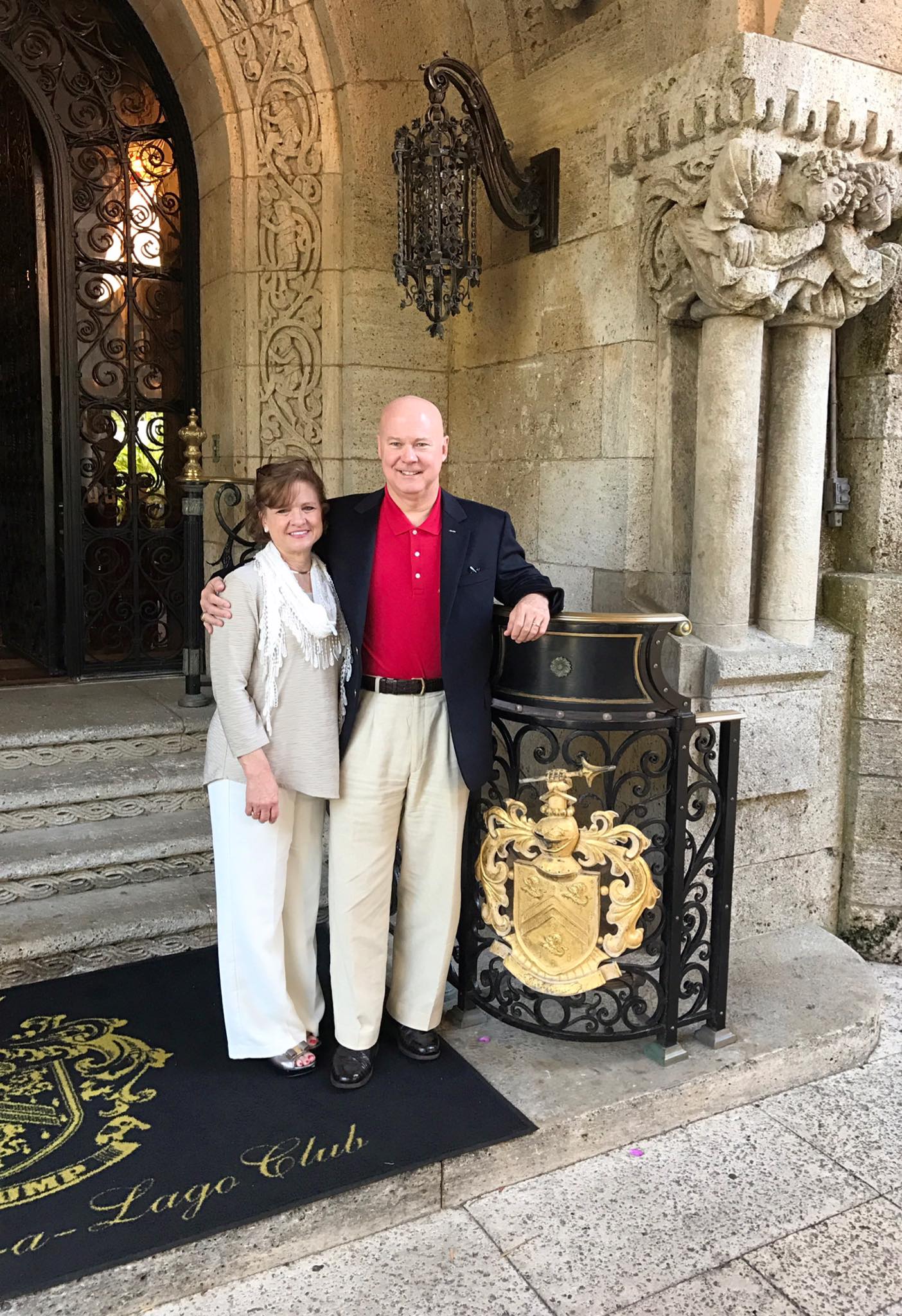 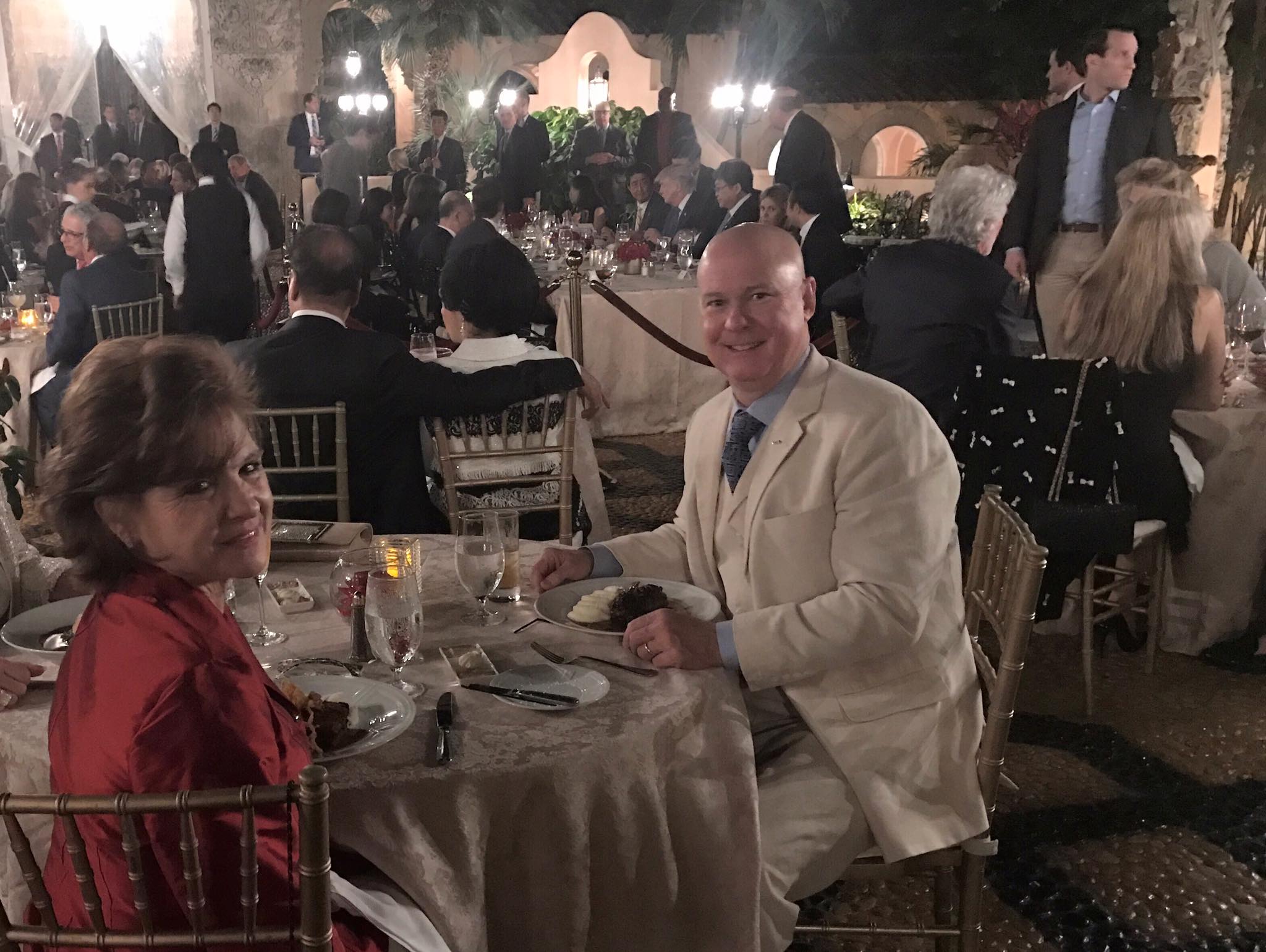 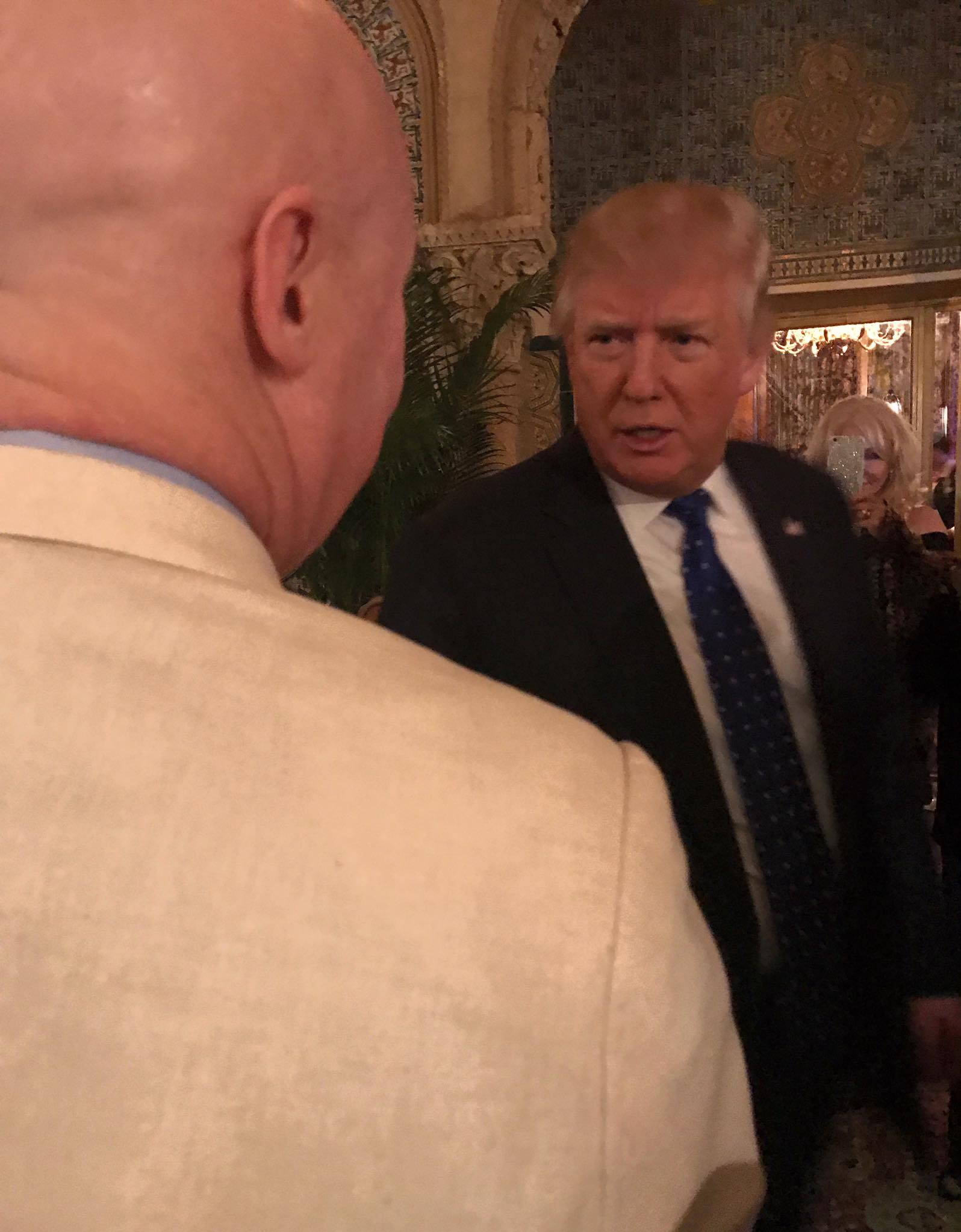 This website didn’t think Mullikin was huddling with Democrats, arguing that “no candidate with a history of donations to Democratic candidates is going to be stupid enough to attend a Democratic congressional event just days after announcing himself as a GOP congressional candidate.”

“While we’re officially intrigued as to where Mullikin may have been last week, we’re willing to bet it wasn’t Baltimore,” we wrote at the time.

Still … we’re not gonna lie.  We didn’t see this coming.

Our guess is lot of fifth district operatives are angling up to some prodigious helpings of humble pie right about now … while Mullikin’s campaign is savoring a nice counterpunch to the narrative that their candidate is nothing but a Democrat in hiding.