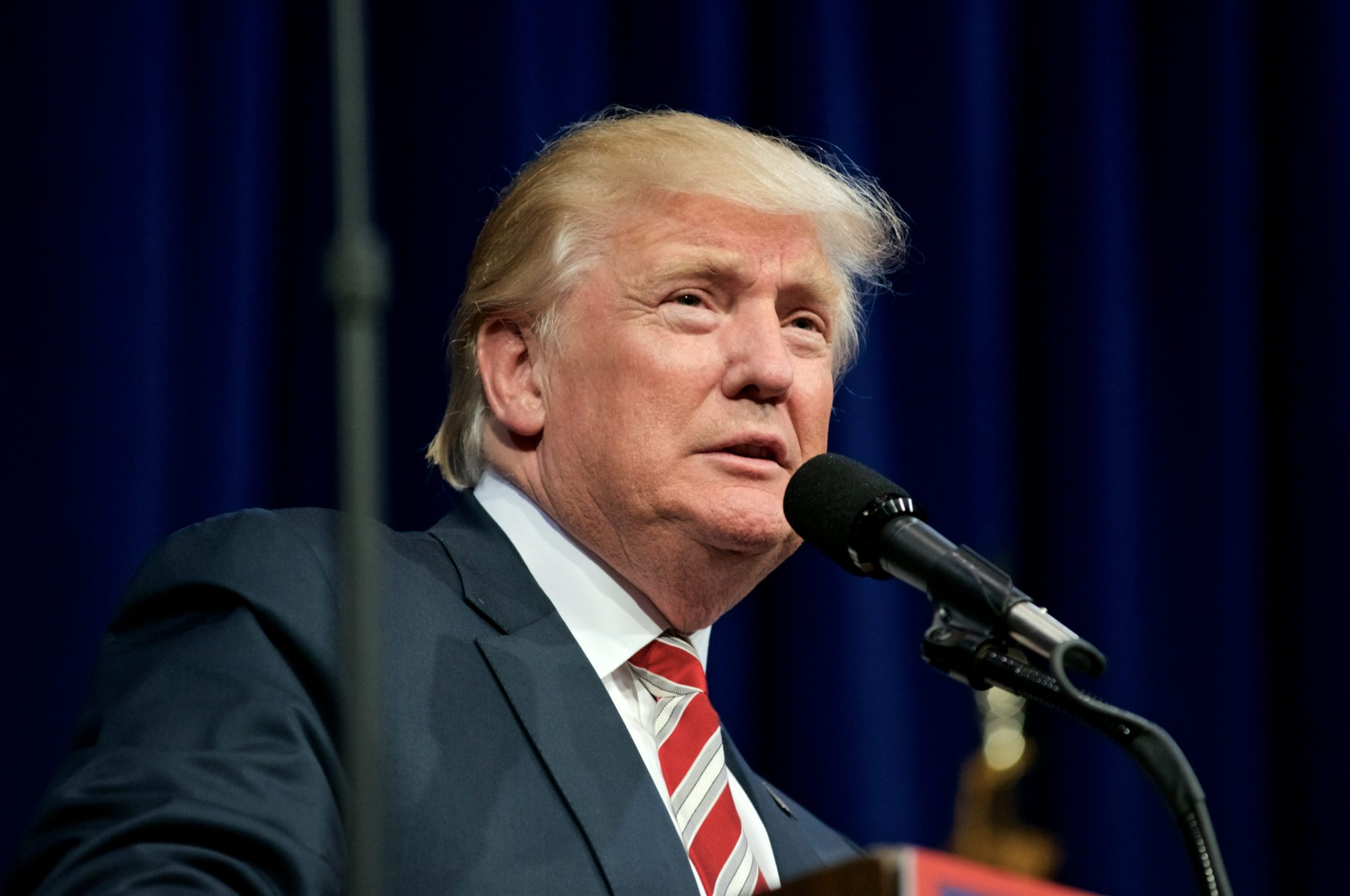 It’s good that Donald Trump worships a god made in his own image: The National Prayer Breakfast and his remarks there no doubt incensed the real One.

The National Hypocrite’s – sorry, Prayer Breakfast started off as nominally Christian and continues that pretense to this day.  A “high-profile event,” it’s been “bringing together faith leaders, politicians and dignitaries” since “1953, when the Members of Congress invited President Dwight Eisenhower to join them for a fellowship breakfast ‘in the spirit of Jesus’.”

Hmmm. “The spirit of Jesus.”  The One Who said that very year, “Blessed are the Korean War makers”?  Or the One Who then guided the CIA as it deceitfully overthrew Iran’s government (“Iranians working for the C.I.A. and posing as Communists harassed religious leaders and staged the bombing of one cleric’s home in a campaign to turn the country’s Islamic religious community against Mossadegh’s government”)?

Maybe I have the wrong Jesus.

At any rate, “…the breakfast has continued each year, hosted and directed by members of the prayer groups in the U.S. Senate and U.S. House of Representatives.” Oh, the irony of congresscriminals asking the Lord’s benediction on their wickedness! Perhaps they also beseech Him to render us serfs more “patriotic.”

No wonder Donald Trump brought his own god rather than the Biblical one to this shindig.

And what a precious little deity he is, too!  Donald-god gets things done—with a little prodding from Trump, of course; values expediency over principle just as The Donald does; and appreciates all jokes, however lame (“…we had tremendous success on The Apprentice.  And when I ran for president, I had to leave the show. … And they hired a big, big movie star, Arnold Schwarzenegger, to take my place. … The ratings went down the tubes. … And I want to just pray for Arnold if we can, for those ratings, OK?”).

The president isn’t alone in his idolatry.  Most American Christians have forsaken the God of the Bible for a more manageable one modeled on themselves.  Predictably, Me-god’s priorities align with their: a cushy life for themselves and their families, a vague concern for the poor that demands political rather than personal action, and a steadfast refusal to judge anyone anywhere, except conservatives.

That last is an immense boon since Me-god’s morality is flexible at best; depending on one’s age, class, political persuasion, and dyspepsia, anything from one-night stands and abortion of the results to bestiality is acceptable.

Never fear that the National Prayer Breakfast will insult those fluid standards: it espouses a relaxed view of the Almighty.  With the Biblical Judge of Mt. Sinai far too bloody for the Breakfast’s “faith leaders, politicians, and dignitaries,” The Donald kindly cleaned Him up (“That’s what I do. I fix things”).  His replacement features that favorite supernatural attribute: a divinity who “never, ever” leaves us “alone. Whether it’s the soldier on the night watch, or the single parent on the night shift, God will always give us solace and strength, and comfort.” Warriors can rape, murder, or torture helpless prisoners; a divorced spouse can break every vow about remaining together until death did them part—but hey, Donald-god is still pullin’ for ya!

Having sacrificed His Son for us, the Biblical God isn’t satisfied with anything less than devotion.  The Donald-god?  He’s happy with a mere mention in statism’s doxology, the Pledge of Allegiance.  As the president tells it, one of the Breakfast’s founders “64 years ago” was Senator Carlson. And “just one year later, Senator Carlson was among the members of Congress to send to the president’s desk a joint resolution that added, ‘Under God,’ to our Pledge of Allegiance.  It’s a great thing. (Applause.)  Because that’s what we are and that is what we will always be and that is what our people want; one beautiful nation, under God.”

I doubt even Donald-god will accept the blame for such evil.

Becky Akers has published two novels of the American Revolution, Halestorm and Abducting Arnold. They advocate sedition and liberty, among other joys, so the wise reader will buy them now, before they’re banned.