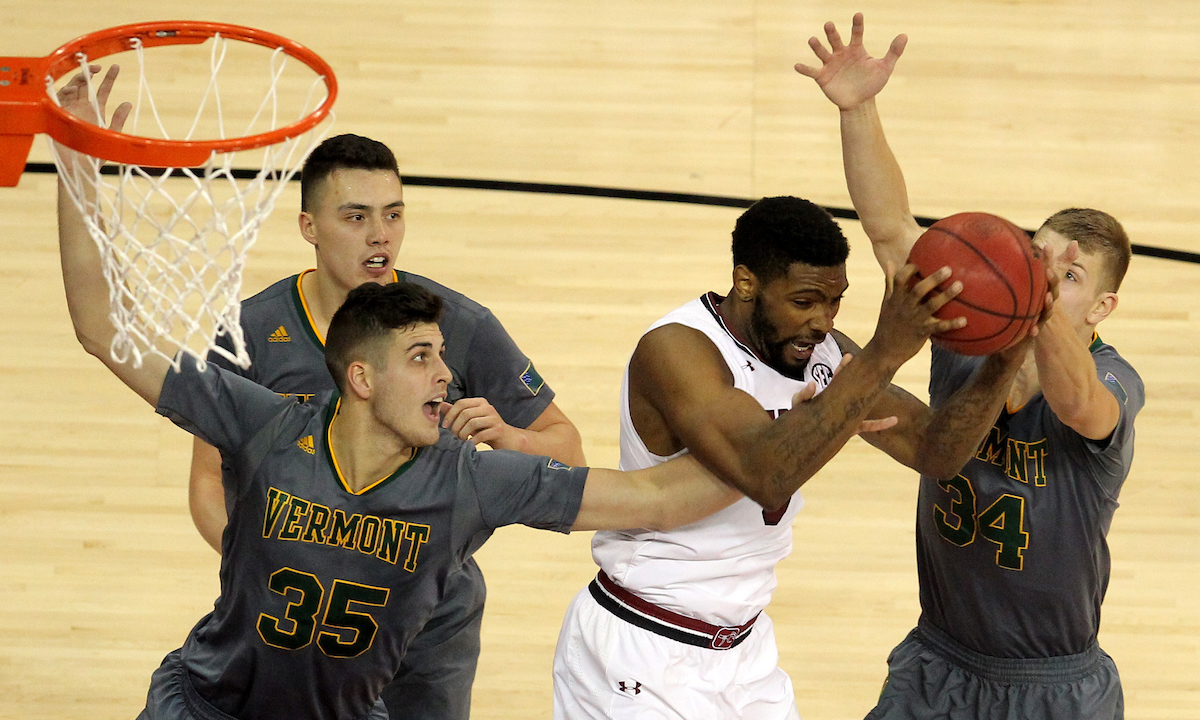 As expected, the University of South Carolina men’s basketball program will welcome back its top scorer for this week’s Southeastern Conference opener against Georgia.

Sindarius Thornwell – who was suspended on December 4 for an undisclosed violation of “athletic department policy” – will be in uniform on Wednesday evening when the Gamecocks (10-3, 0-0 SEC) open their SEC slate against the Bulldogs (9-4, 0-0 SEC) at Stegeman Coliseum in Athens, Georgia.

“Sindarius has taken full responsibility for his mistake that led to his suspension,” Martin said in a statement. “He has worked hard over the course of the last few weeks and has done everything we’ve asked of him to make his way back to the court.”

According to the school, Martin and South Carolina athletics director Ray Tanner reviewed Thornwell’s suspension and concluded he “met the necessary requirements to return to game action.”

What led to the suspension?  The school hasn’t said.

We know that Thornwell – a 6-foot-5, 211-pound senior from Lancaster, S.C. – was arrested back in May for driving with a suspended license (that news broke exclusively on this website).  Shortly thereafter it was revealed that he was also charged with simple possession of marijuana related to that incident – during which his Chrysler 300 is alleged to have nearly sideswiped another vehicle.

Thornwell was averaging 18.7 points, 6.7 rebounds, 4.1 assists and 1.3 blocks per contest at the time of his suspension – contributions which were sorely missed over the last month.

Undefeated through its first seven games, South Carolina has posted a 3-3 mark since Thornwell’s suspension – dropping key contests against Seton Hall, arch-rival Clemson and Memphis.  Those games could come back to haunt Martin’s program, which was narrowly excluded from last year’s NCAA tournament due to a weak non-conference schedule.

The Gamecocks haven’t made the “Big Dance” since 2004 – and haven’t won a game in the tourney since 1973 – although they have been trending in the right direction in recent years.

Martin’s first two seasons in Columbia, S.C. were downright disastrous.  His teams posted a 28-38 record (and a 9-27 conference mark) prior to breaking even with a 17-16 mark during the 2014-15 season.  Last year’s squad took a major step forward with a 25-9 record, although they dropped four out of their last six games.

Clemson Back In National Championship Game